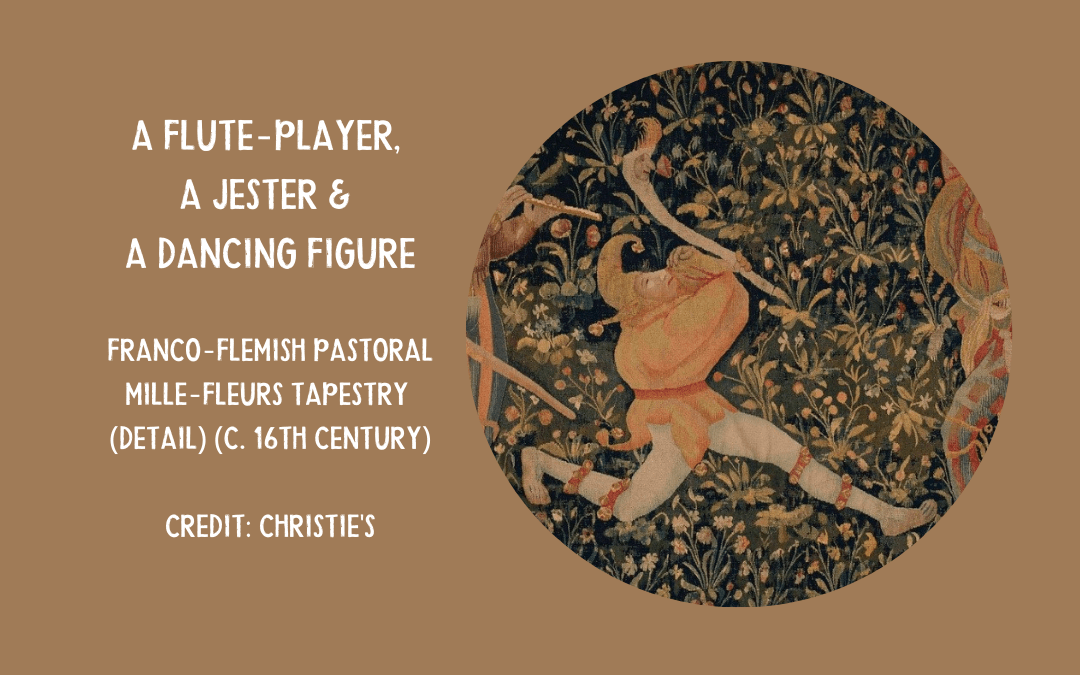 This lively 16th century tapestry includes a jester – capering or leaping – in full fool’s outfit.  In addition to the cap and bells, he has bells around the bottom of his tunic and in leg bands like a Morris dancer.  He is also waving a marotte (fools’ stick) with a carved jester’s head.

He appears to be part of an entertainers’ ensemble including a musician and a dancer.

According to Christie’s which sold the tapestry in 2013:

The mille-fleurs design in tapestries evolved in circa 1450 -1460, one of the first fully developed examples to survive being the Armorial Tapestry of Philip the Good of Burgundy woven in Brussels in circa 1466. This genre of tapestry, however, remained popular until the mid-16th century. The wide variations in quality, the relatively short period in which they were produced and the number of pieces known indicate that numerous workshops made this type of tapestries. The vast majority of these ateliers are believed to have been in the Southern Netherlands. 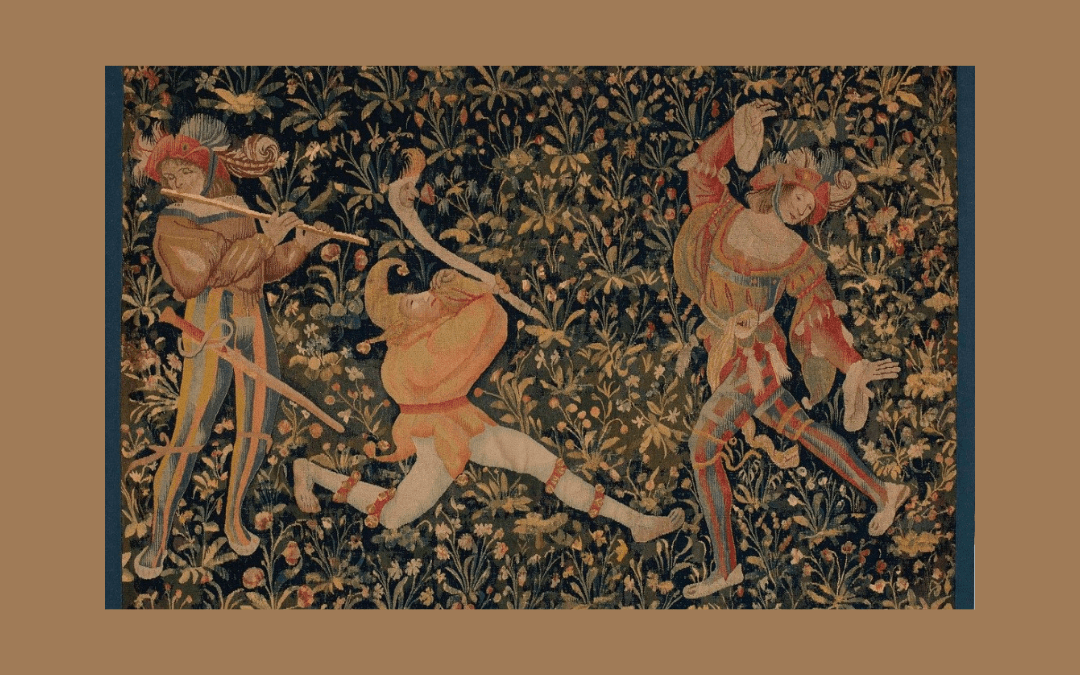