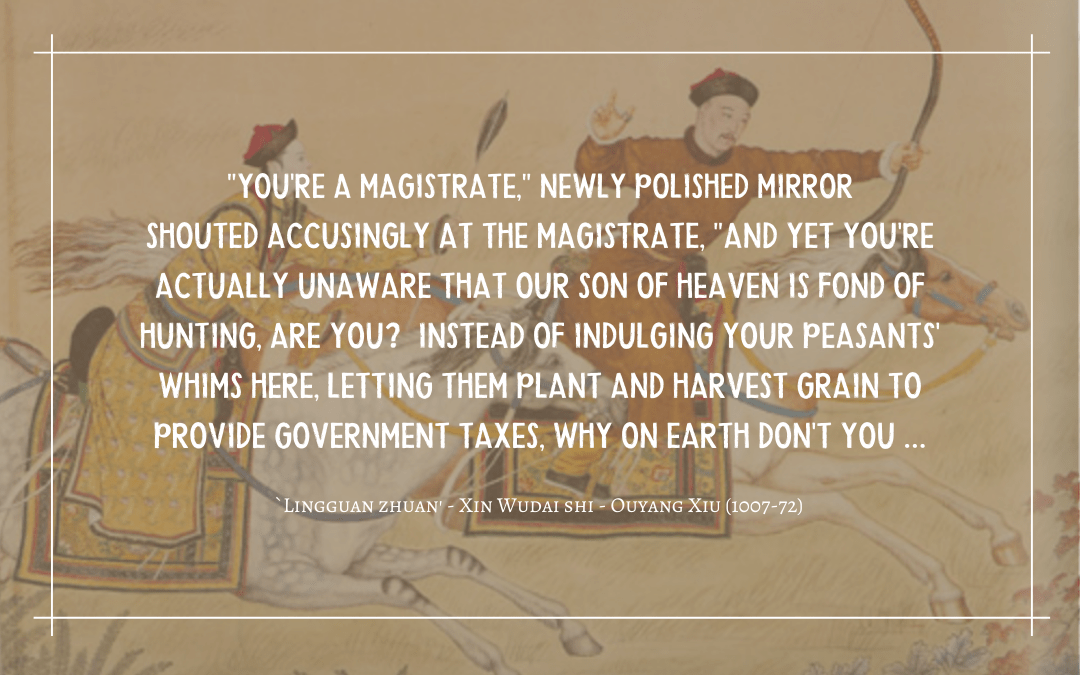 An early example of reductio ad absurdum approach to changing the ruler’s mind.  Rather than having a head-on confrontation with unreasonable behaviour, the jester instead agrees wholeheartedly, taking the whole thing to such a logical but extreme degree that the ruler is able to draw their own conclusions and back down magnanimously.  It avoids obvious loss of face for the boss and can save lives and livelihoods. 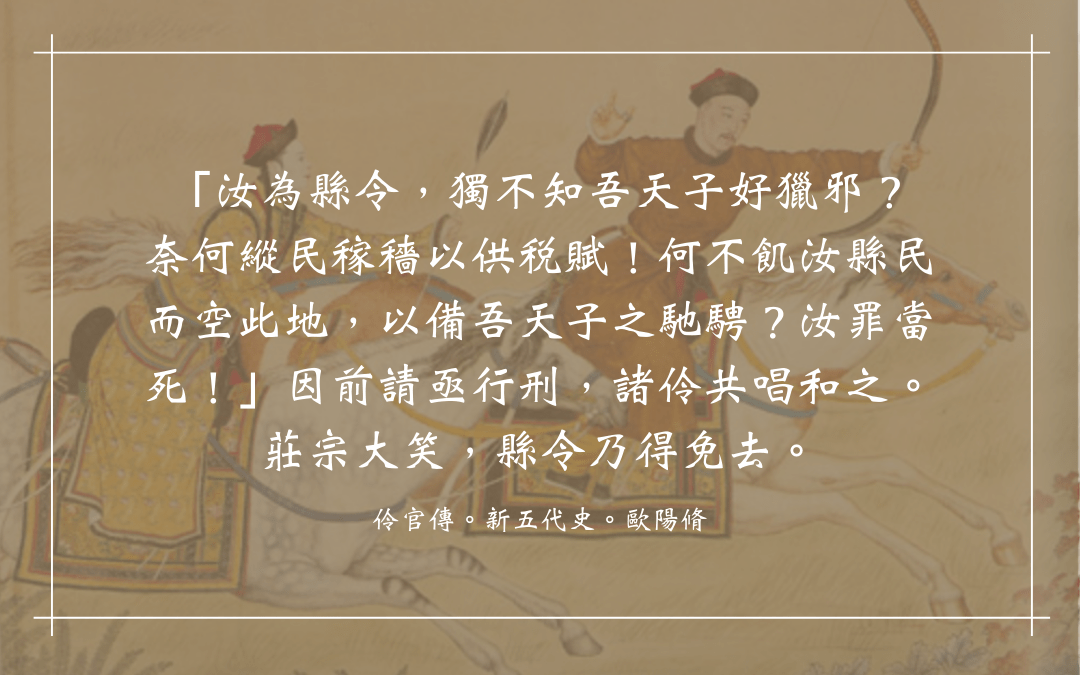 In this case, it is the irrepressible jester Jing Xinmo 鏡新磨 (Newly Polished Mirror) who causes the emperor to reflect and change course.  Emperor Zhuangzong of the Tang  唐莊宗 (r. 923-26) was fond of hunting and on one occasion he trampled the fields of the peasants.  The local magistrate approached him and entreated him on their behalf to desist.  The emperor was furious and ready to kill him until Newly Polished Mirror joined in the fray.

“You’re a magistrate,” Newly Polished Mirror shouted accusingly at the magistrate, “And yet you’re actually unaware that our Son of Heaven is fond of hunting, are you?  Instead of indulging your peasants’ whims here, letting them plant and harvest grain to provide government taxes, why on earth don’t you let the peasants in this county starve, so that the area is empty of people and available for our Son of Heaven to gallop around hunting in!  Your crime merits death!”  Then he went up to the emperor and begged that the magistrate might be put to death without delay, and all the other jesters chorused their applause for this suggestion.  Emperor Zhuangzong burst out laughing, and the magistrate was able to get away, pardoned.

See another example in which the jester sought to have an unreasonable tax rescinded, although it isn’t clear he was as successful as Jing Xinmo in changing behaviour.