When I was melancholy 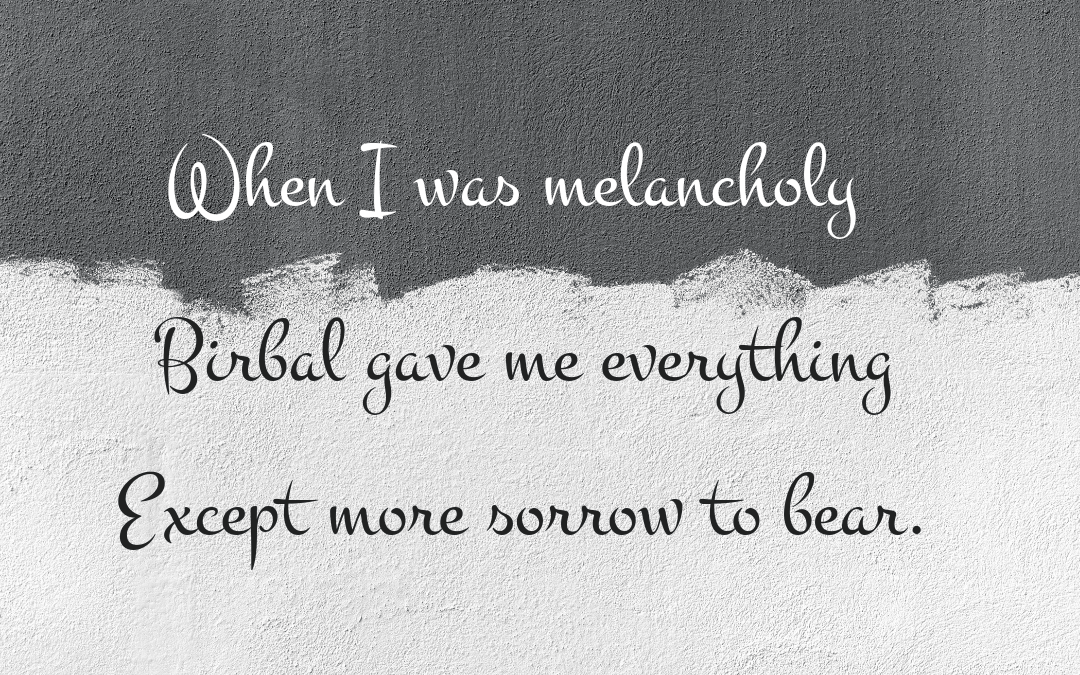 Attributed to the Mughal Emperor Akbar (r. 1556-1605), expressing his sorrow at the death of Birbal, the poet and courtier whose wit made him morph into one of India’s superstar jesters about whom stories still circulate widely.

The capacity to comfort and cheer the ruler when they were down or ill is a quiet undertow in the relationship between the king and the jester.

‘When I was melancholy

Birbal gave me everything

Except more sorrow to bear.’