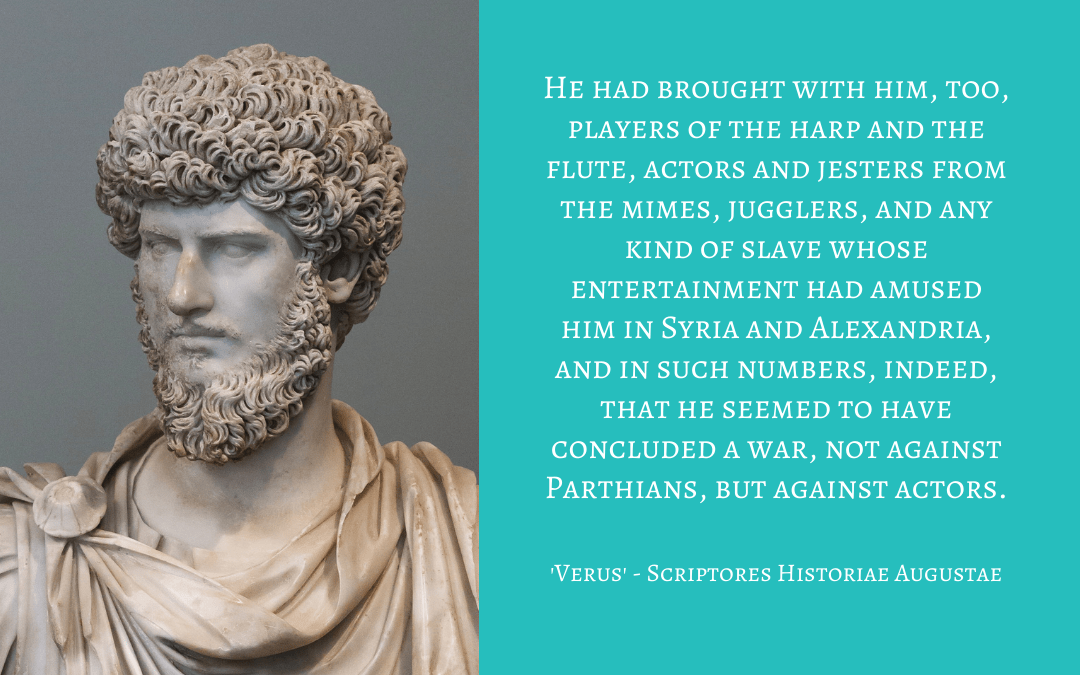 Emperor Verus (r. 161-69)  perhaps surpasses most other emperors in his enthusiasm for entertainers of all sorts, and the comment in the Scriptores Historiae Augustae, wry in its description of his delight in them, recognizes jesters as mimes.  He seems to have rounded up anyone who made him laugh or otherwise entertained him while on campaign.  A striking form of war booty. 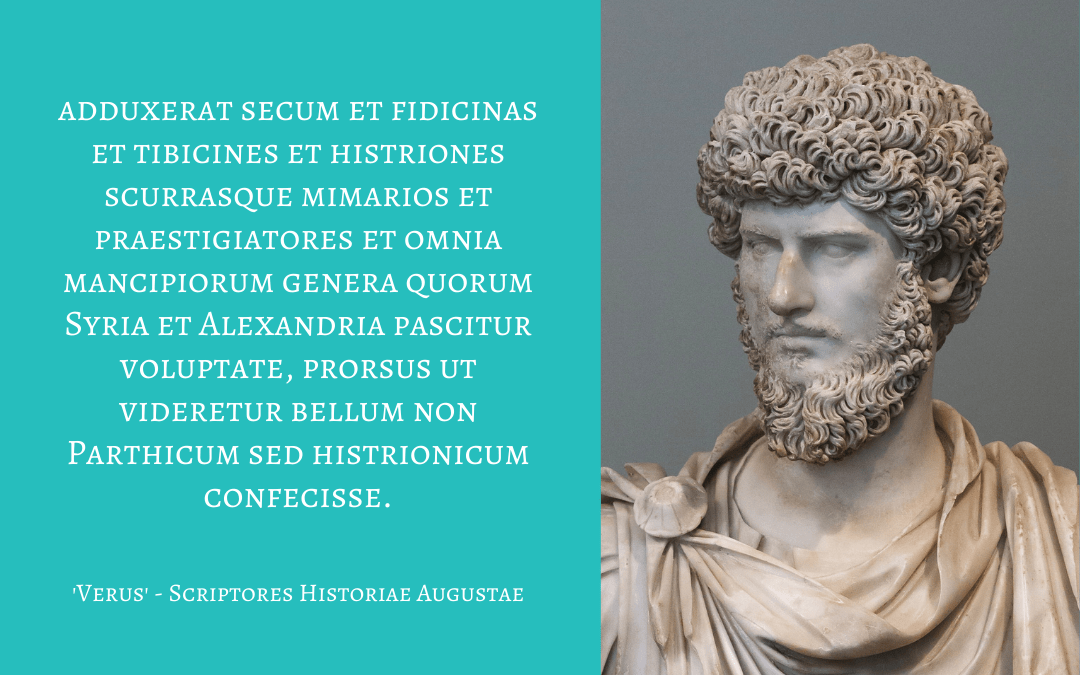 He had brought with him, too, players of the harp and the flute, actors and jesters from the mimes, jugglers, and any kind of slave whose entertainment had amused him in Syria and Alexandria, and in such numbers, indeed, that he seemed to have concluded a war, not against Parthians, but against actors.