Verse to shame an emperor 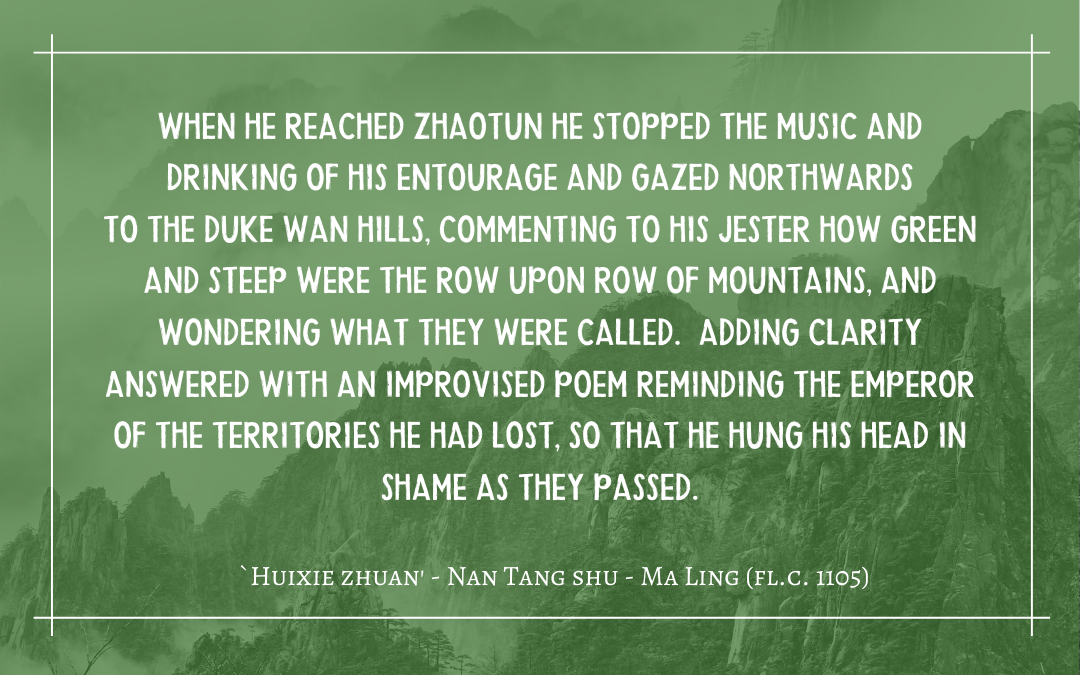 Many jesters were adept at improvising verse and there are accounts of Chinese jesters doing so whether to make a point or just to make fun.  A jester of the Southern Tang, Li Jiaming (李家明 Adding Clarity Li), brought lucidity and laughter to the imperial household.  However, on one occasion he used verse to remind the emperor of his failings. 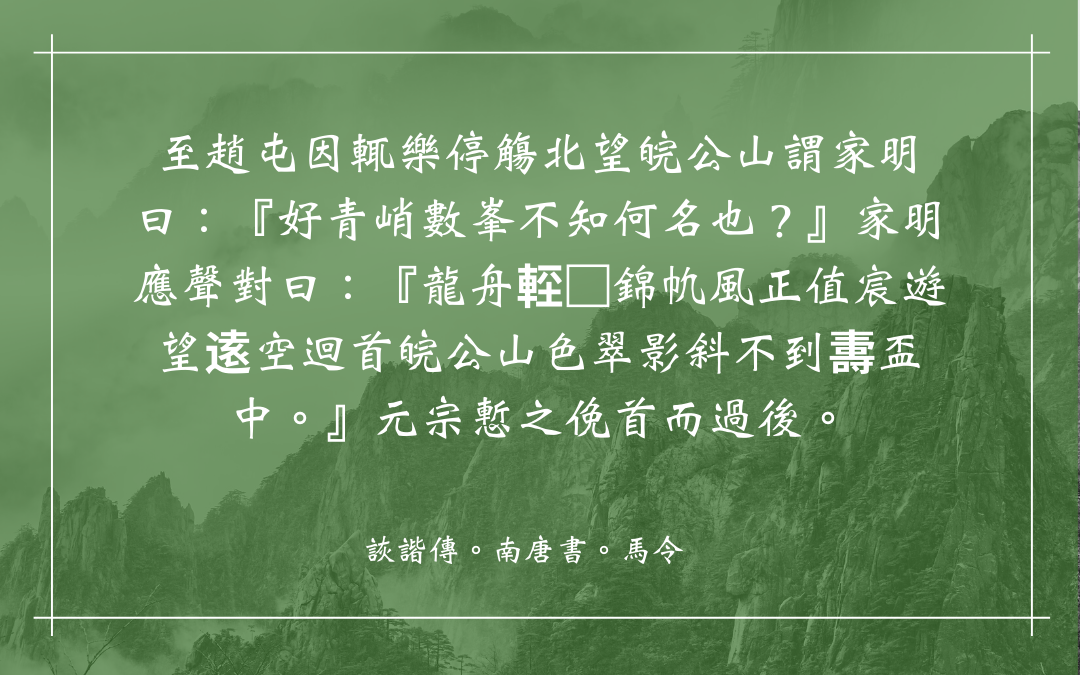 When Emperor Yuanzong (r. 943-61) moved to the southern capital, sailing along by the southern bank of the River Yangtze (Changjiang), he had already lost fourteen provinces to the north of the river.  When he reached Zhaotun he stopped the music and drinking of his entourage and gazed northwards to Duke Wan Mountains (Wangongshan), commenting to his jester how green and steep were the row upon row of mountains, and wondering what they were called.

Adding Clarity answered with an improvised poem reminding the emperor of the territories he had lost, so that he hung his head in shame as they passed.

For other anecdotes about Adding Clarity, see his playful trickery to get the emperor to pay for his mother’s funeral, his mockery of an official who had tried to usurp the throne, and a comment on the emperor’s liking to have the jester accompany him on his travels.