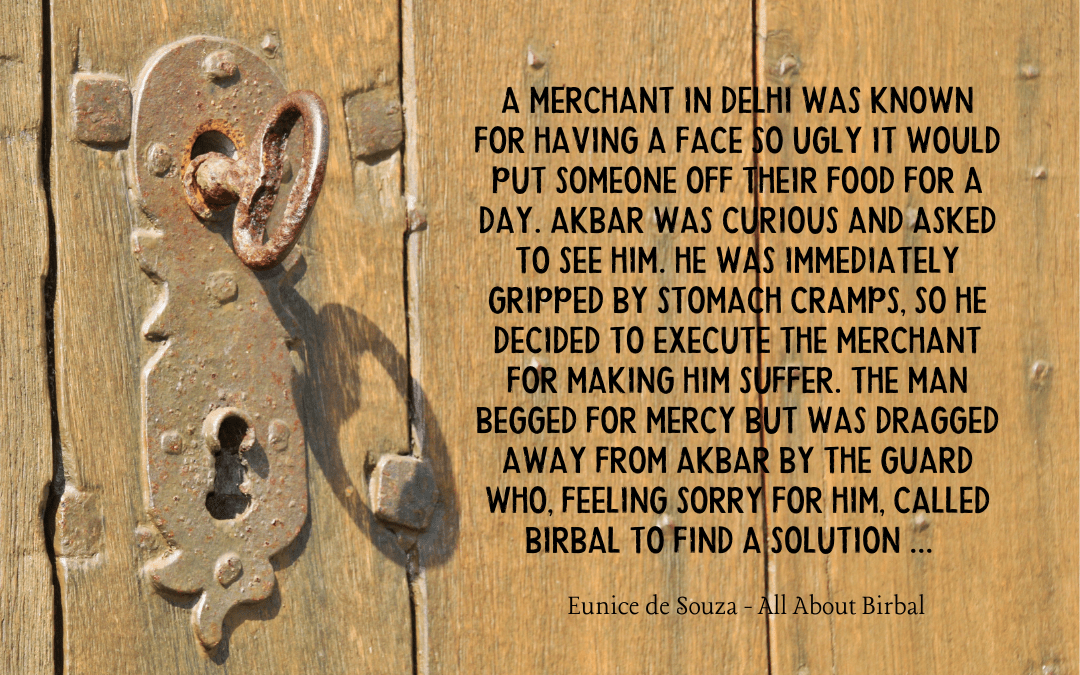 A common theme among jester stories is that of intervening on behalf of an individual whom the ruler is treating unjustly.  In this case, Birbal saves a man from being executed on a whim by Emperor Akbar (r. 1556-1605).

A merchant in Delhi was known for having a face so ugly it would put someone off their food for a day.  Akbar was curious and asked to see him.  He was immediately gripped by stomach cramps, so he decided to execute the merchant for making him suffer.  The man begged for mercy but was dragged away from Akbar by the guard who, feeling sorry for him, called Birbal to find a solution.  Birbal briefed the merchant who then asked to see Akbar, telling him that although seeing his face had meant the mogul could not eat for a day, this was nothing compared to the bad luck the mogul’s face had brought the merchant, who was to be executed as a result.  Akbar knew Birbal was behind this and sent the merchant away with gifts saying, `Birbal has saved me from executing an innocent man’.

See also a similar Who is the Lucky One story from an Arabic source, featuring a hunchback rather than a man with an ugly face.