Hide the fool till tempers cool 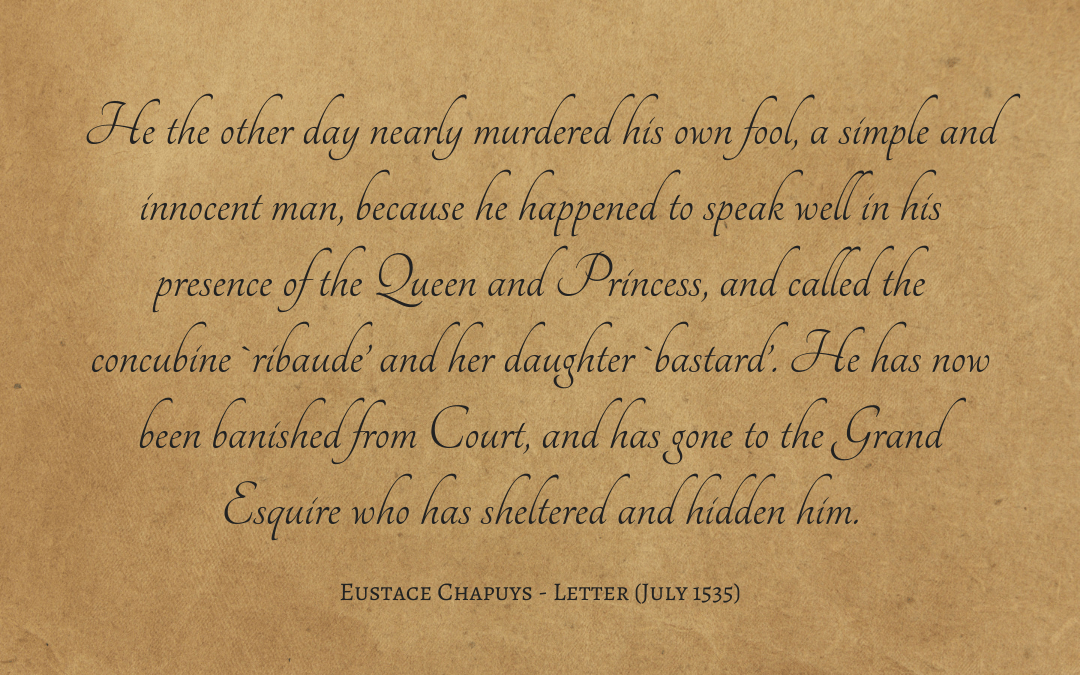 Occasionally a jester hit a raw nerve in their mockery and would then go into hiding until the royal wrath cooled.  In this case, Sexton, a jester of Henry VIII (r. 1509-47) is said to have mocked both Anne Boleyn and her daughter.  In July 1535, Eustace Chapuys (c. 1490-1556), Imperial Ambassador to London, wrote describing Henry’s fury when Sexton spoke well of Katherine of Aragon and their daughter Princess Mary and insulted Anne Boleyn as being ribald and their daughter Elizabeth as being a bastard: 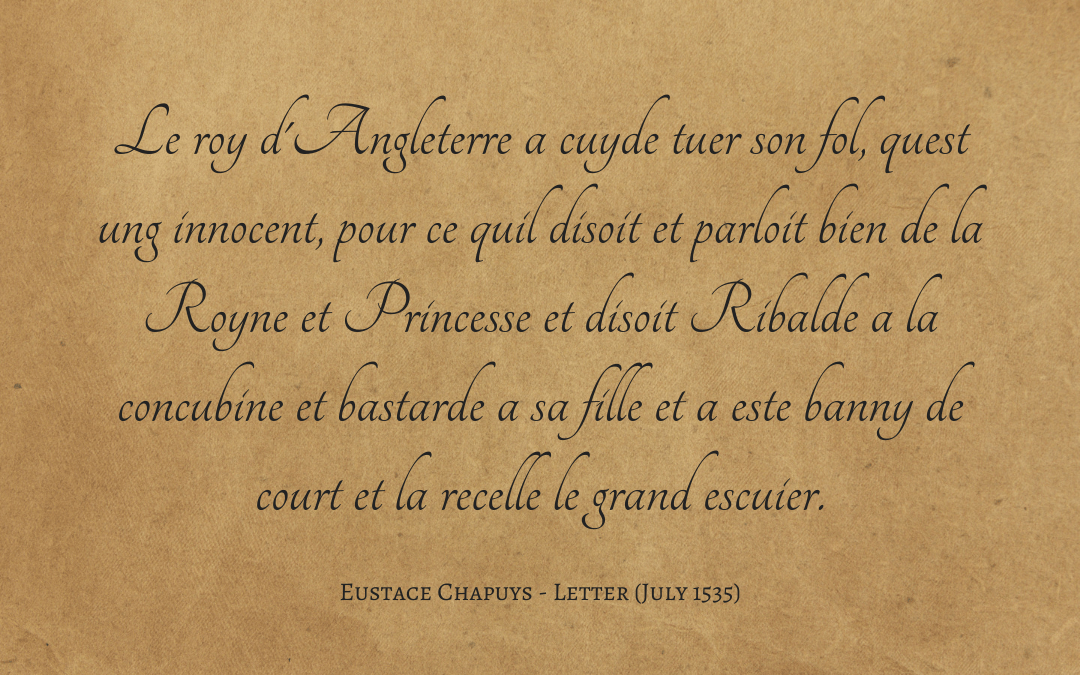 He the other day nearly murdered his own fool, a simple and innocent man, because he happened to speak well in his presence of the Queen and Princess, and called the concubine `ribaude’ and her daughter `bastard’.  He has now been banished from Court, and has gone to the Grand Esquire who has sheltered and hidden him.

The ‘Grand Esquire’ was Sir Nicholas Carew, Master of the Horse. In this case, we don’t know what became of Sexton and Carew was executed in 1539. There are other examples of someone senior hiding a jester who was in trouble with the ruler, until tempers calmed – including this one which has the Chinese emperor spirit away the jester for his own protection.