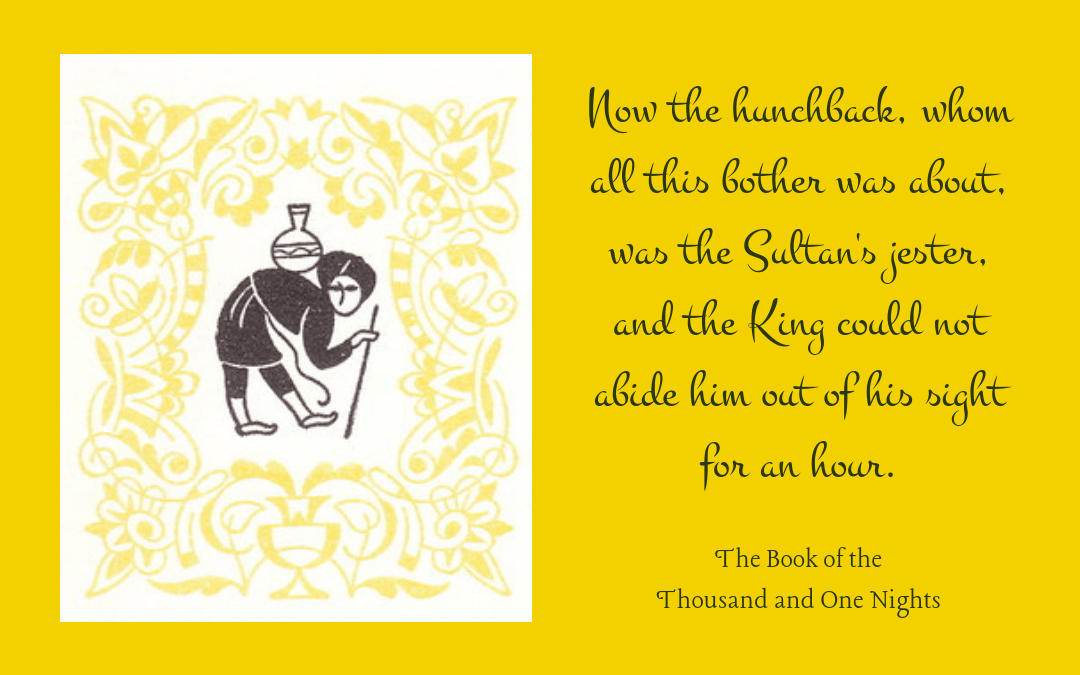 Physical deformity was in many times and places a positive asset in a jester, as this example from the 1001 Nights demonstrates. In other contexts, mental disability could also be an asset. We will reference fools and jesters of either type as we go, and also bring to your attention some of the interesting research being done on disability in royal courts.

Now the hunchback, whom all this bother was about, was the Sultan’s jester, and the King could not abide him out of his sight for an hour.

Note that the Sultan is alleged to need his hunchback jester around him almost constantly, reflecting a comment made by Dame Folly herself in Erasmus’ Praise of Folly.  And here is another tale of a hunchback, showing that others could be ambivalent towards them.

Source:`The Tale of the Hunchback with the Tailor, the Christian Broker, the Steward and the Jewish Doctor; What Followed After; and the Tales Which Each of Them Told’, in The Book of the Thousand and One Nights, trans. by Powys Mathers, 2nd edn (London: Routledge and Kegan Paul, 1964), vol. 1, p. 179.