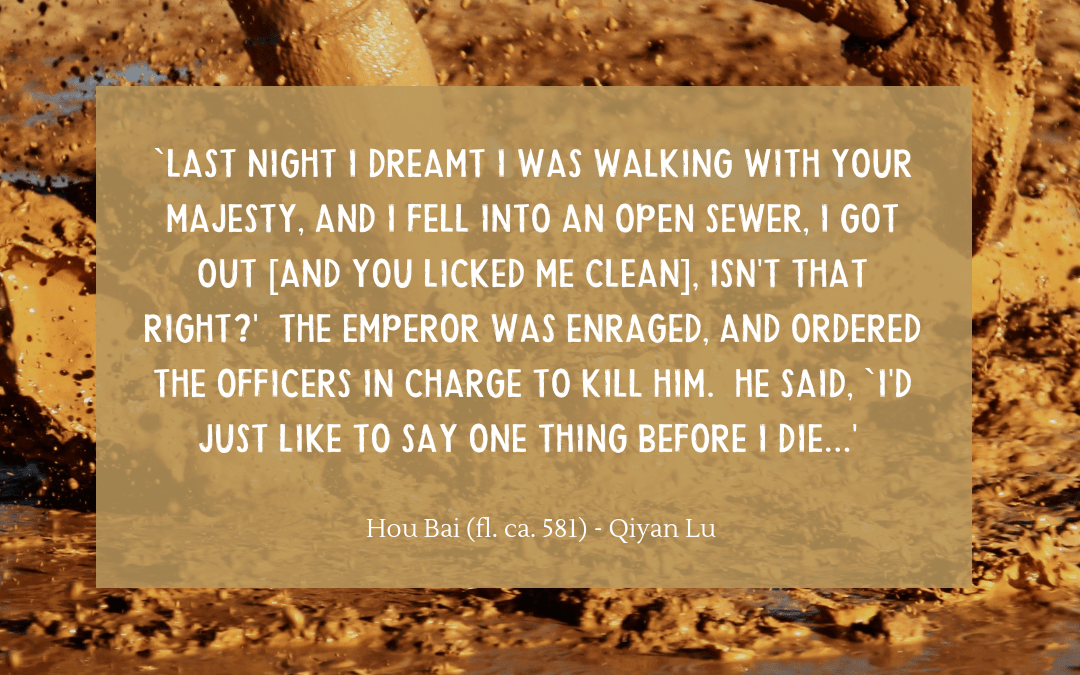 A vivid example of a jester’s talking his way out of imminent execution after overstepping the mark. Sometimes, even jesters went too far and got more of a reaction than they bargained for.

In this case, Shi Dongtong (Moving Bucket 石動筩), riled the ruler by recounting a ‘dream’ he had, of scatological offensiveness to Gaozu of the Northern Qi (r. 550-59).

When Gaozu flew off the handle and ordered his guards to kill the jester, Moving Bucket had sufficient sangfroid to make a little rhyming pun on the fact that losing his head would make it useless to the king (ji wu yong ‘greatly without use’) and be very painful to him (ji you tong ‘greatly with pain’).  It was fast and smart enough to make Gaozu laugh and have him released.

The scatological ‘dream’ is also strikingly echoed about 1000 years later in India, with the folk fool Tenali Rama turning around the king’s similarly humiliating account of a dream.  It is possible to imagine the story migrating along with Buddhist texts and traded goods during a millennium of exchanges between China and India.

`Last night I dreamt I was walking with Your Majesty, and I fell into an open sewer, I got out [and you licked me clean], isn’t that right?’  The emperor was enraged, and ordered the officers in charge to kill him. He said, `I’d just like to say one thing before I die… if Your Majesty takes my head, it will be absolutely useless to you.  If I lose my head, [it’ll be extremely painful to me]’.  The emperor laughed and had him released.

Source: Qiyan lu (啓顏錄), by Hou Bai (侯白) (fl. ca. 581), in Taiping Guangji,  fol. 247, quoted in Youyuji, ed. & comp. Ren Erbei (Shanghai: Wenyi Chubanshe, 1981; repr. 1982), p. 25, although cannot be found in the Siku Quanshu or Lidai Xiaohua Ji editions of the Taiping Guangji.  Square brackets are for gaps filled by myself and William Dolby who suggested the possible parallel between 極無用, `no use whatsoever’ and 極有痛,`extremely painful’. 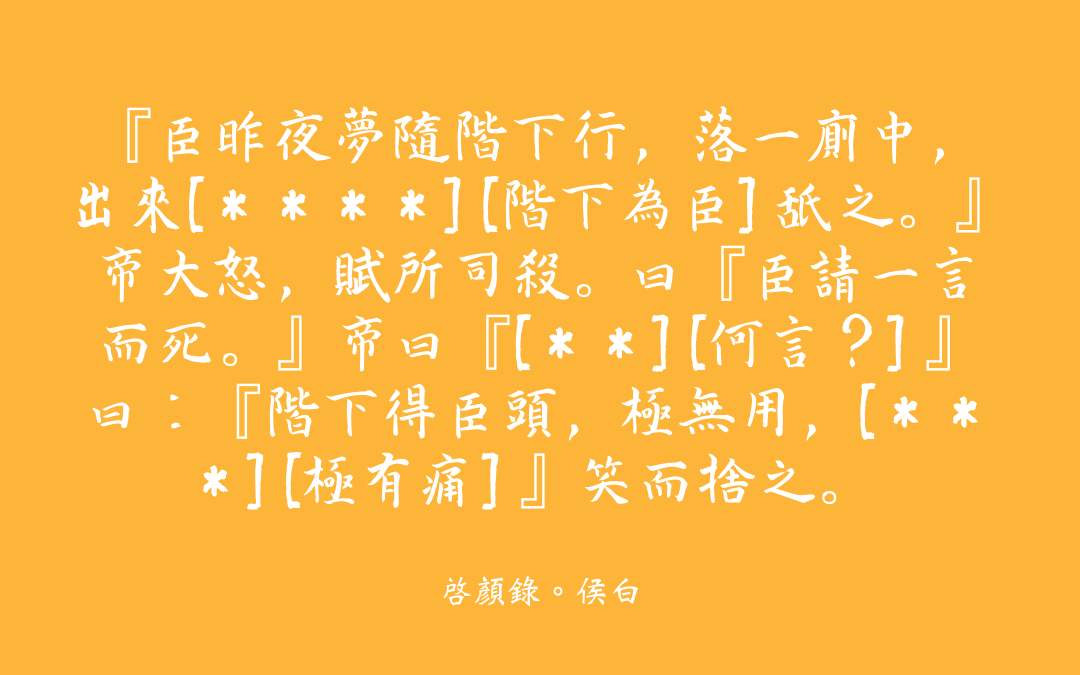