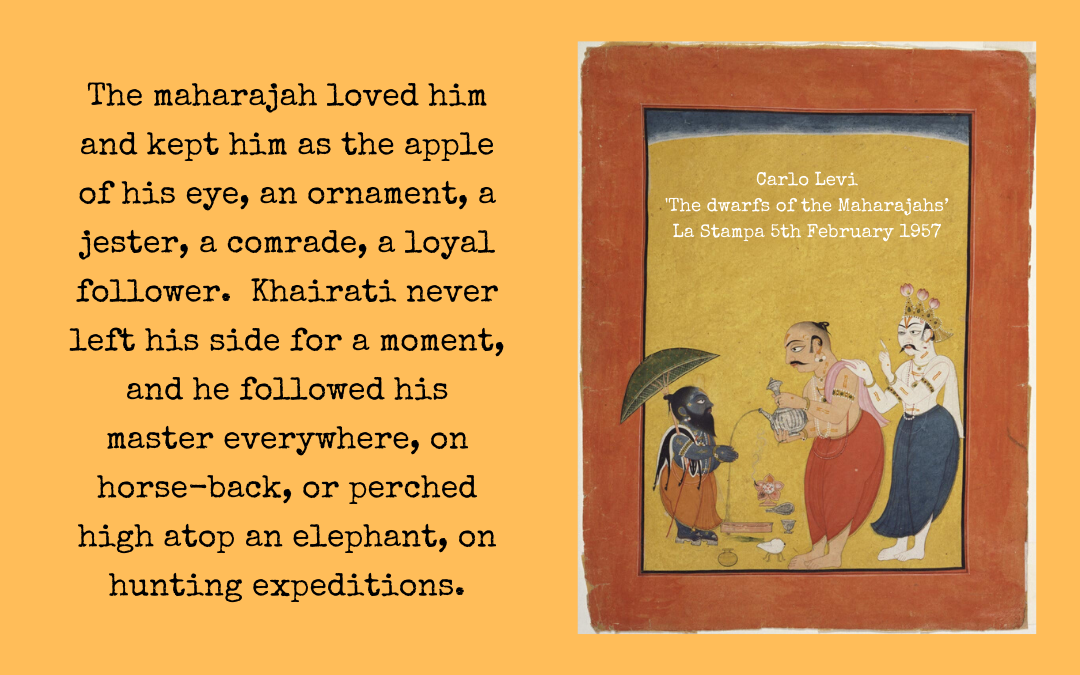 The roles of dwarfs and jesters in court often overlapped; a notable number of jesters were dwarfs and plenty of dwarfs were viewed as jesters. Here is an example noted by the Italian writer and journalist Carlo Levi when he was reporting for La Stampa from India. Like many rulers, the Maharajah had an apparently close and affectionate relationship with the dwarf Khairati who seems to have fulfilled something of the jester’s role.

‘The maharajah loved him and kept him as the apple of his eye, an ornament, a jester, a comrade, a loyal follower. Khairati never left his side for a moment, and he followed his master everywhere, on horse-back, or perched high atop an elephant, on hunting expeditions.  The maharajah had sent his men to search every corner of his domain to find a dwarf woman, just as tiny as Khairati: and in the end, after endless searching, he had found her, and had given her to Khairati as his bride.’

The image is of Vamana, a dwarf avatar of Vishnu (Vamana literally means ‘dwarf’). His other names include: Vāmanadeva (‘dwarf-god’) and Dadhivamana (‘milk-dwarf’). Washing hands signifies Bali’s agreement to the gift of three steps of land; for more on the three-steps reward, see one of several versions.