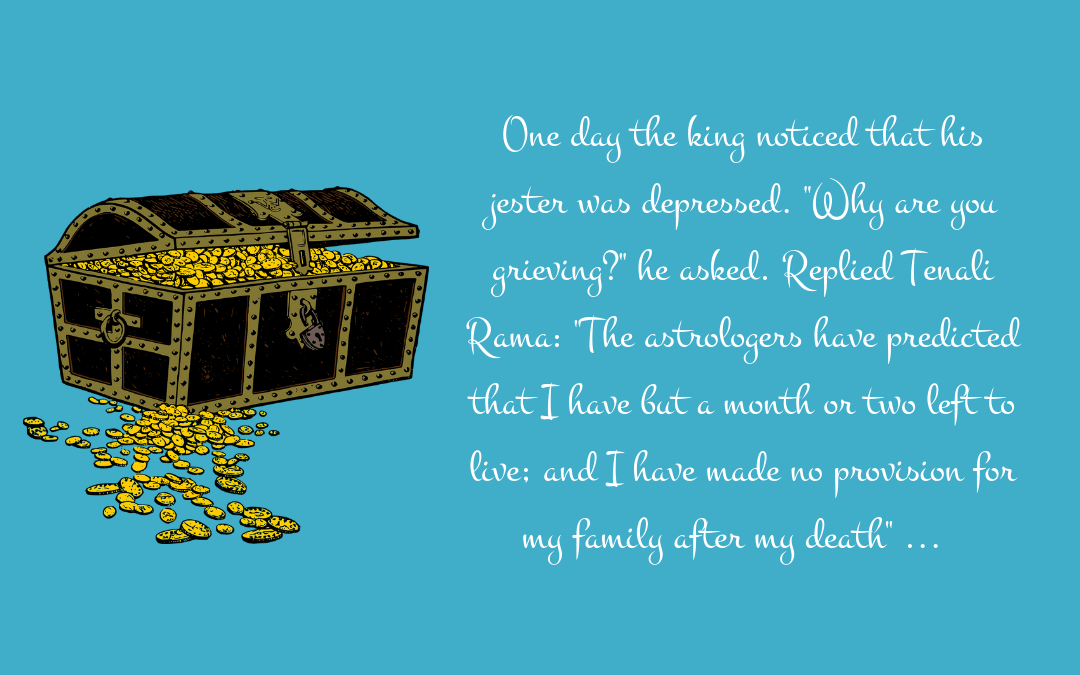 Another example of a jester feigning death, in this case to reveal – or expose – the intentions of the king which Tenali Rama may have suspected weren’t entirely noble.

Tenali Rama is one of a handful of superstar jesters in India, and while his name is pegged to a real king (Krishnadevaraya, r. 1509-29), it appears he is a folk fool – an invention of the collective mind – despite being allegedly the same person as the (real) poet Tolan.

‘One day the king noticed that his jester was depressed.

“Why are you grieving?” he asked.

Replied Tenali Rama: “The astrologers have predicted that I have but a month or two left to live; and I have made no provision for my family after my death.”

“Have no care,” said the king; “I can provide for your family ten times better than you can.”

“But,” said Tenali Rama, “everyone is saying never to trust the rich in matters such as this.”

The king reassured him and pledged that he would always care for the jester’s family. After some time, Tenali Rama let it be known that he was dying. Meanwhile he hid away his gold and jewels; then one day, after publishing the news of his death, he hid himself in the family money chest.  No sooner was the king informed of the jester’s demise than he sent his servants to appropriate Tenali Rama’s treasure chest.  With great effort they dragged the heavy box into the court and struggled with the lock; but when the lid was finally opened, to everyone’s astonishment Tenali Rama himself climbed out.

“What, you are not dead?” cried the embarrassed king.

“With someone like you as my family’s guardian, how can I afford to die?” the jester replied.

See also another feigned death of a fool, though more baffling than Tenali Rama’s. 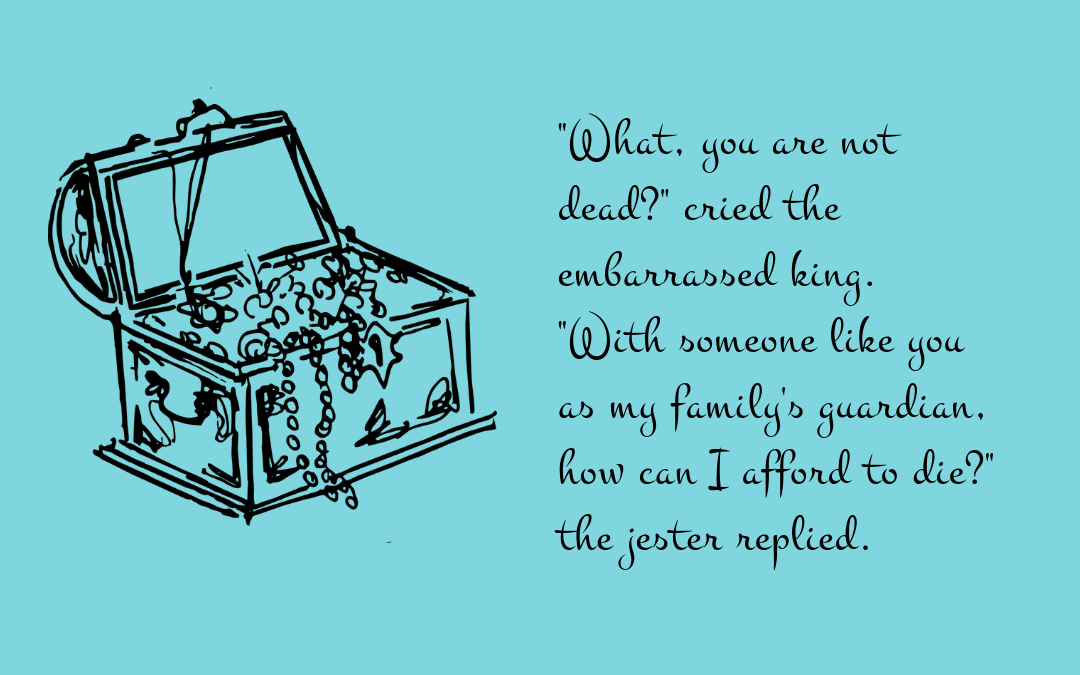