How many stars in the sky? 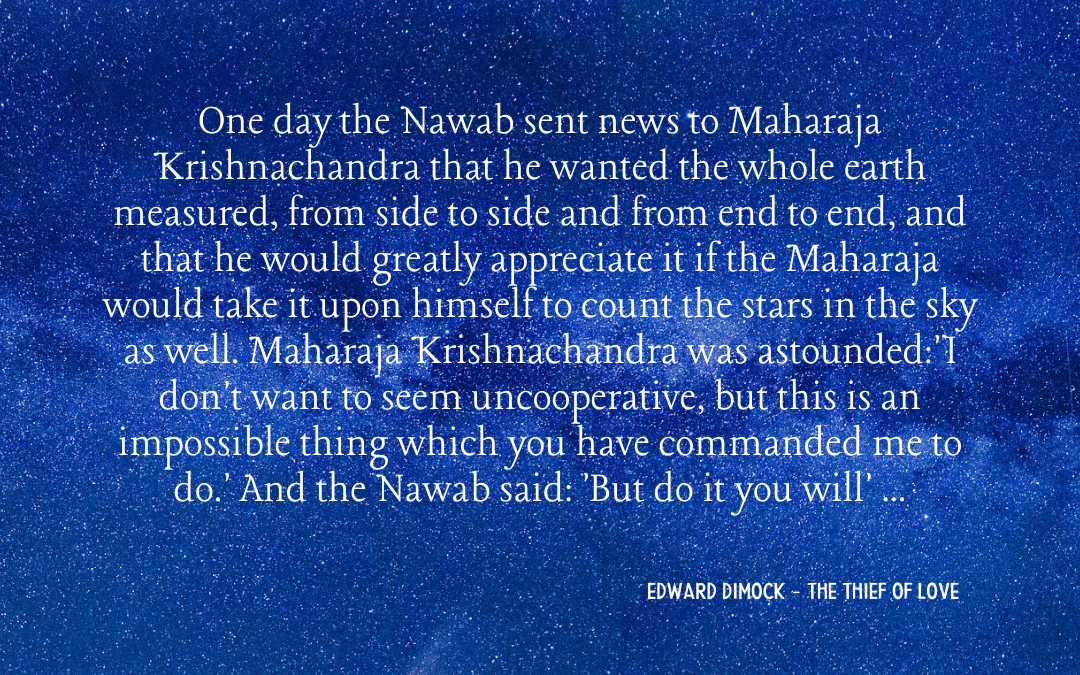 There is an anecdote attributed to various giants of jesterdom, including the Indian Gopal, (`So exquisite was Gopal’s wit that he violated the laws of the domain and defied the Rama’s pride with impunity’), along with the Central Asian folk fool Nasrudin, in which his master has to find a way to count how many stars there are in the sky.

In one Gopal version the jester promises to take over the onerous task and asks for a lot of money and a year in which to do it.  He spends both the year and the money in riotous licentious delight (in one case then asking for another year and another million rupees to complete his `research’), and finally turns up with some sheep, claiming there are as many stars as the sheep have hairs.  As the king had asked how many without demanding a specific number, he cannot argue.

‘I don’t want to seem uncooperative, but this is an impossible thing which you have commanded me to do.’

And the Nawab said: