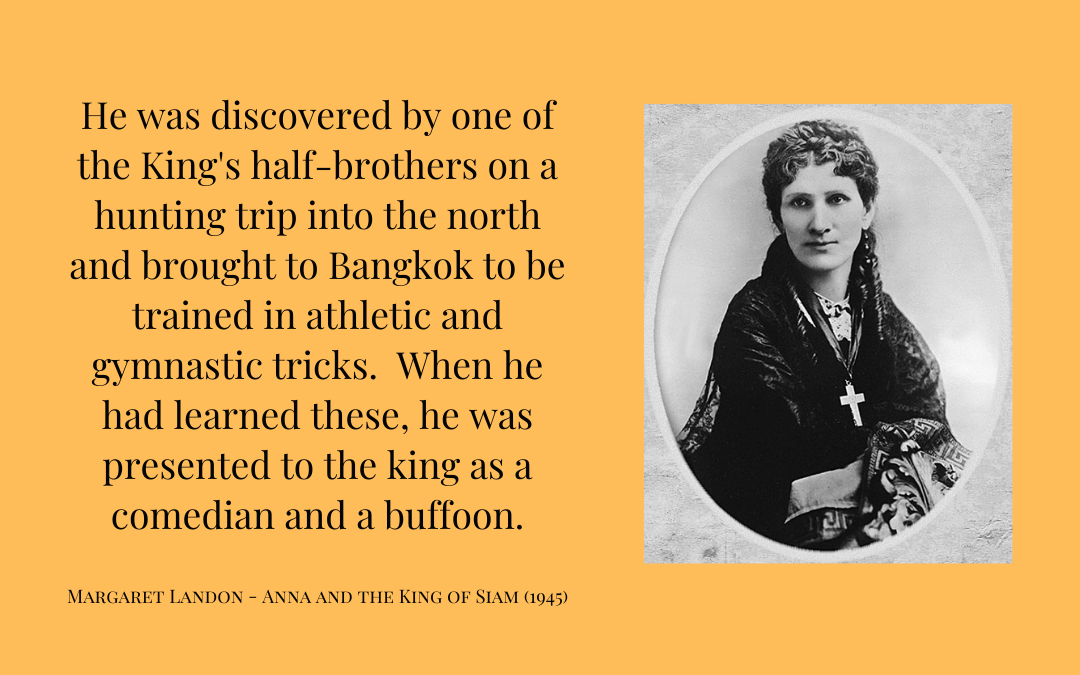 In an account of Anna Leonowens’ (1831-1915) time as governess at the court of King Mongkut of Siam (r. 1851-68), there is a reference to the recruitment and training of a dwarf-jester, Nai-Teh (Mr. Little), demonstrating the ad hoc way people came to be court dwarfs or jesters.

He was discovered by one of the King’s half-brothers on a hunting trip into the north and brought to Bangkok to be trained in athletic and gymnastic tricks.  When he had learned these, he was presented to the king as a comedian and a buffoon.

See other examples of this itinerant talent-spotting, first in the case of a potential fool for Henry VIII (r. 1509-47), possibly Will Somers, and in addition, a widely circulated account, possibly fictive or at least embellished, regarding the way the German jester Claus Narr became court fool.