So who was asking for him? 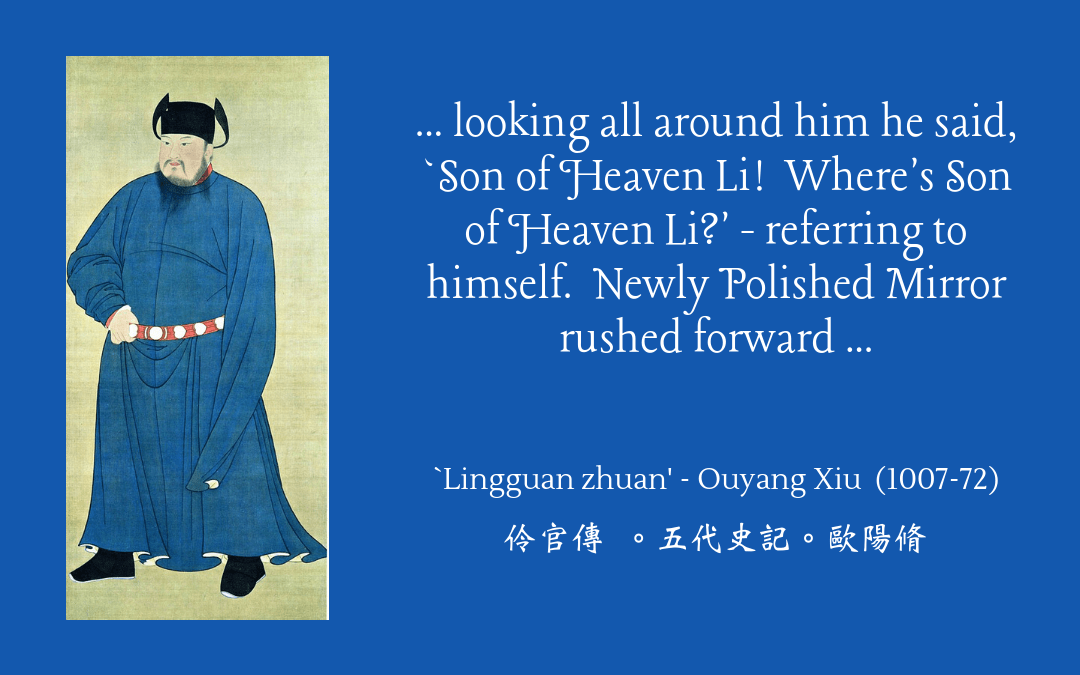 Some of the most startling examples of a jester’s being impudent to the point of lèse-majesté can be found in anecdotes concerning Emperor Zhuangzong of the Later Tang (r. 923-26) and Jing Xinmo 鏡新磨 (Newly Polished Mirror).  This brassy jester constantly pushed his luck and almost paid for it, but always managed to talk his way out of trouble.  This was the crux of his success: he made Zhuangzong laugh so that he could not bring himself to punish the jester.  Not only that, he ended up being generously rewarded.

Like other similar anecdotes, it belies the image of the Chinese emperor as being frozen in aspic formality, painting a somewhat more intimate picture of the imperial court.

But here is Newly Polished Mirror just about overstepping the mark (again).  On one occasion the emperor was fooling around with a group of entertainers and

Image credit: Emperor Zhuangzong of the Later Tang. Hanging scroll, color on silk. The painting is located in the National Palace Museum, Taipei.