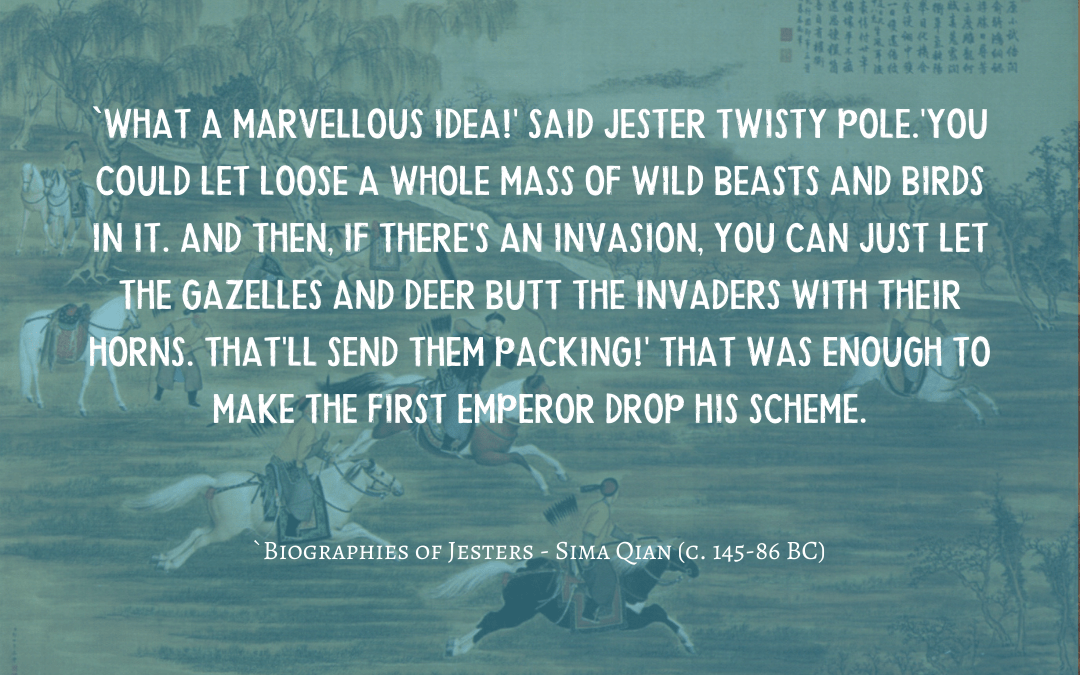 Sima Qian’s 司馬遷 (c. 145-86 BCE) `Biographies of the Jesters’, written around 100 BCE, is a rich source of examples of jesters intervening in indirect ways to change the behaviour or plans of the king or emperor.   Often using the reductio ad absurdum technique of agreeing with the mad-cap scheme to an extreme degree, they managed to bring about a shift in the ruler’s thinking.   The dwarf You Zhan 優旃 (Jester Twisty Pole) was: 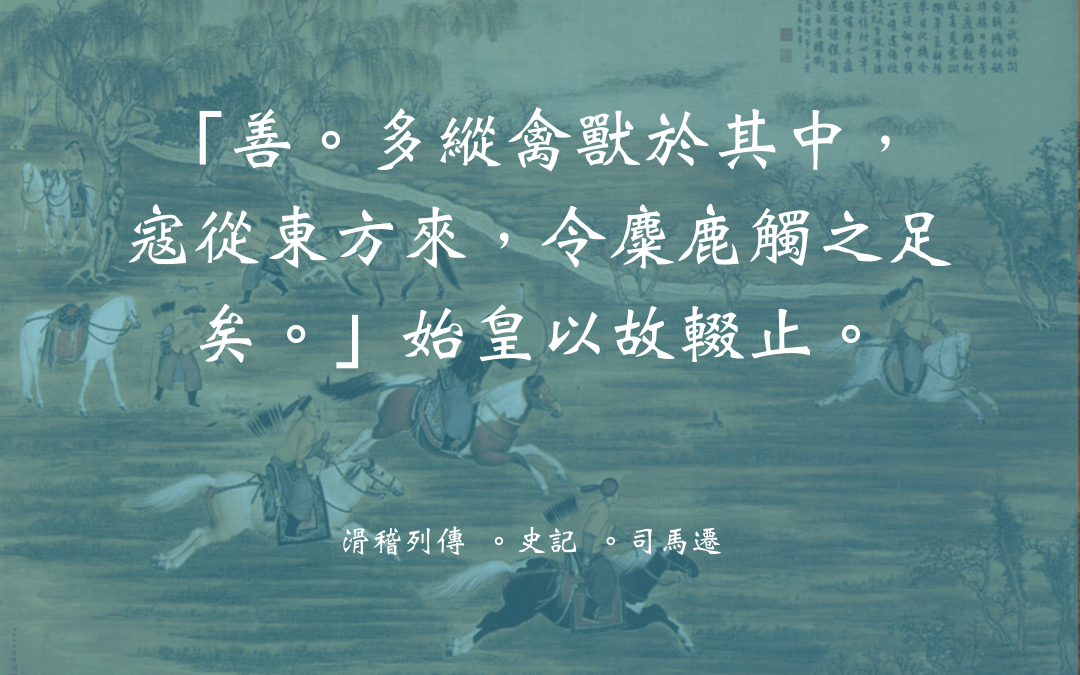 … a first class funster, but behind his every joke was a grasp of universal principles.

Once, the First Emperor made it known that he intended to set up a great game-reserve extending all the way from Box Valley Pass in the east to Granary Store in Yong to the west.

`What a marvellous idea!’ said Jester Twisty Pole.  ‘You could let loose a whole mass of wild beasts and birds in it.  And then, if there’s an invasion, you can just let the gazelles and deer butt the invaders with their horns.  That’ll send them packing!’  That was enough to make the First Emperor drop his scheme.