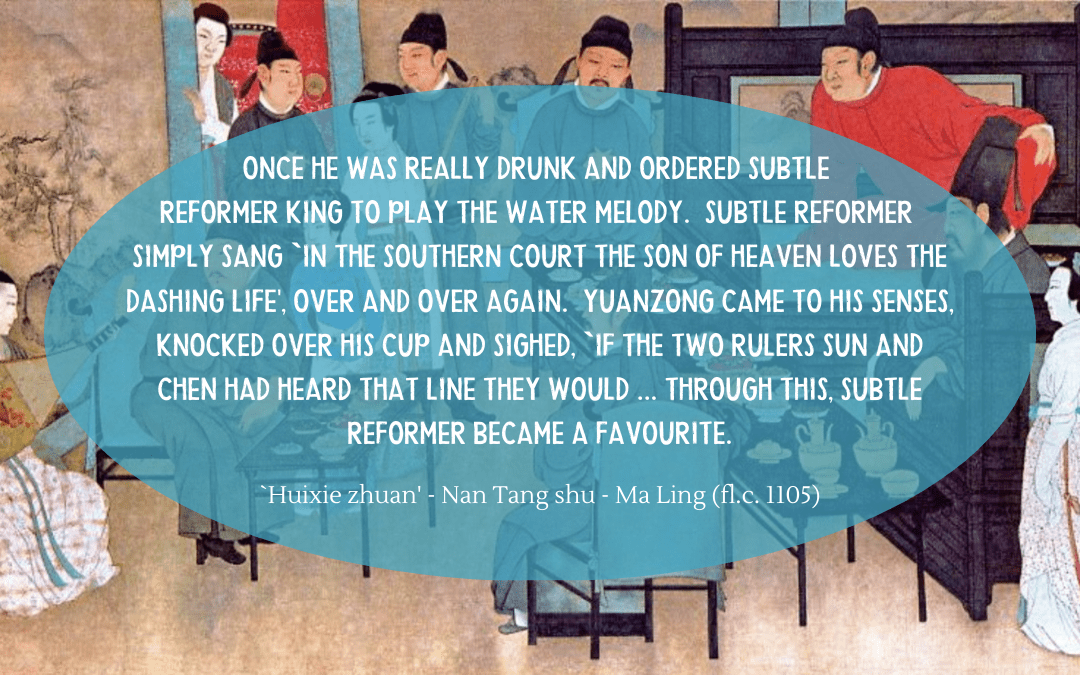 In China, as in Europe, there are examples of jesters addressing the delicate issue of the ruler’s neglecting affairs of state due to over indulgence in wine or other distractions.  We’ll be sharing these in the coming months, but for now, in general they succeeded in persuading the ruler to get back to work.

In this Chinese anecdote, from the History of Southern Tang (Nan Tang shu) by Ma Ling (fl. c. 1105), the aptly named jester Wang Ganhua 王感化 (Subtle Reformer King) cured the emperor of his crapulence.  When Emperor Yuanzong 南唐元宗 (r. 943-61) succeeded to the throne he gave himself up to feasting and playing polo: 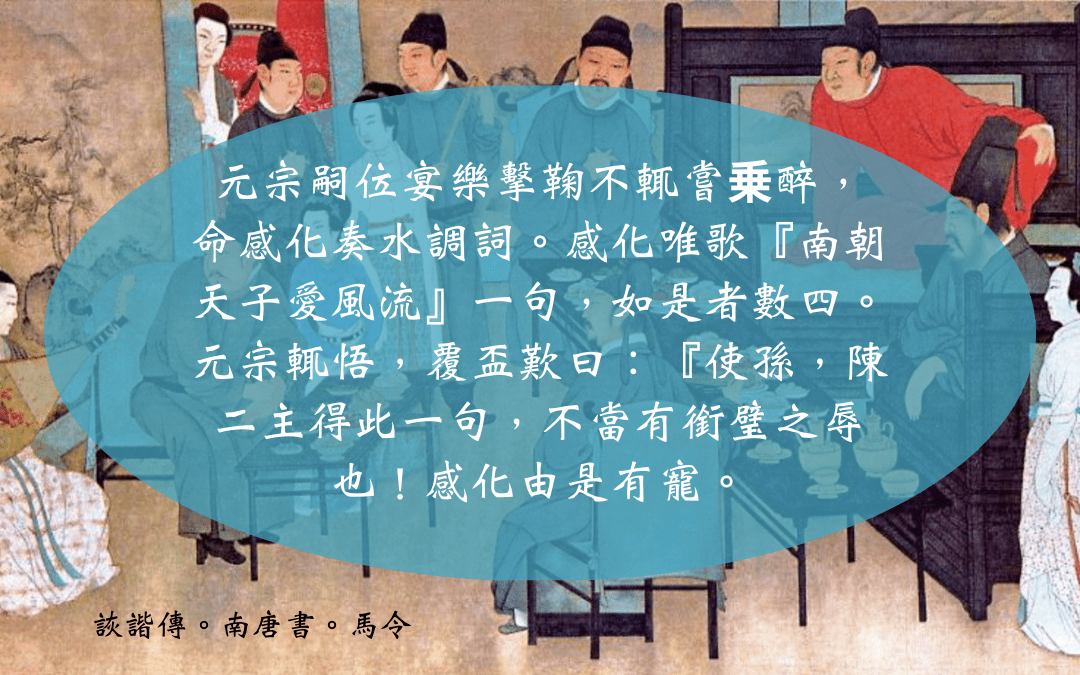 Once he was really drunk and ordered Subtle Reformer King to play The Water Melody.  Subtle Reformer simply sang `In the southern court the Son of Heaven loves the dashing life’, over and over again.  Yuanzong came to his senses, knocked over his cup and sighed, `If the two rulers Sun and Chen had heard that line they would not have had the humiliation of holding their jade in their mouths [as vassals to other rulers]’.  Through this Subtle Reformer became a favourite.

Another version of the story, cited in Ren Bantang’s Youyu Ji, names another jester and says that Yuanzong finished by rewarding him generously, giving up his carousing and applying himself to affairs of state. 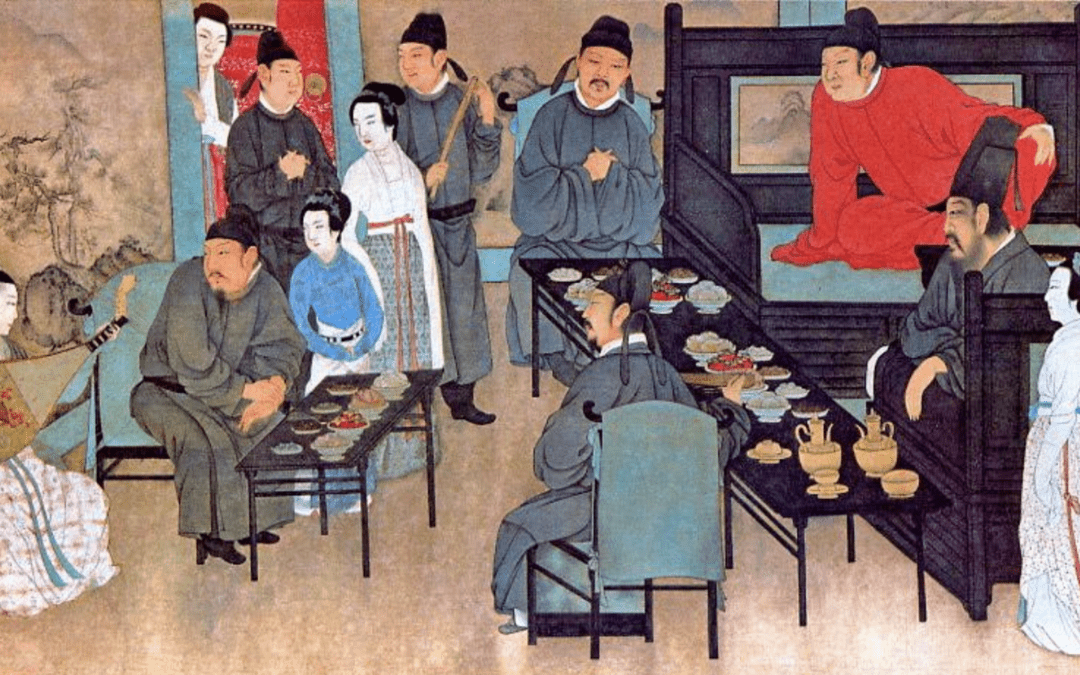