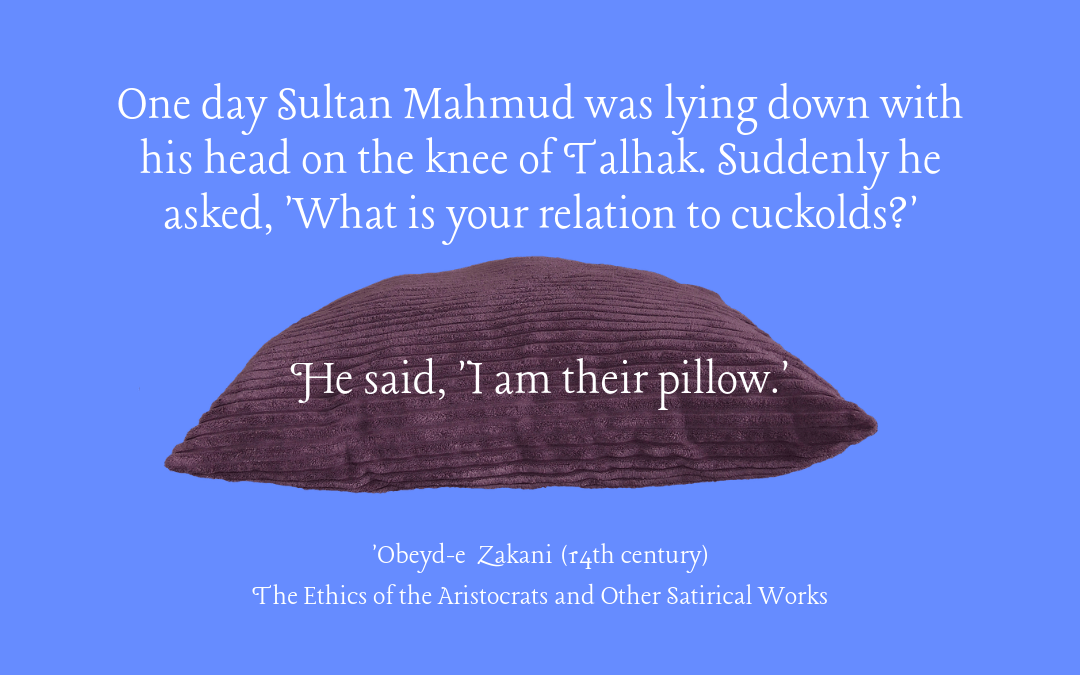 One of the most famous jesters is Talhak, whose name may be derived from, or have spawned, the Persian word for jester (dalqak).  He is one of those great folk fools to whom any number of jokes can be pegged.

Talhak served Sultan Mahmud of Ghazni (r. 998-1030), and would say whatever he felt like, apparently with impunity. Here he is in a quiet moment with the Sultan – note the relaxed stance of the ruler, resting his head on Talhak’s knee.

‘One day `Sultan Mahmud was lying down with his head on the knee of Talhak. Suddenly he asked, “What is your relation to cuckolds?” He said, “I am their pillow”‘.

The 14th century Persian poet-satirist, ‘Obeyd-e  Zakani, who recounts this story, seems to have used Talhak as a cover for his own criticisms. Which didn’t prevent his railing against `the immense power of jesters in despotic courts where nobody could venture to speak to the king while he was angry, except for the idiot jester’.