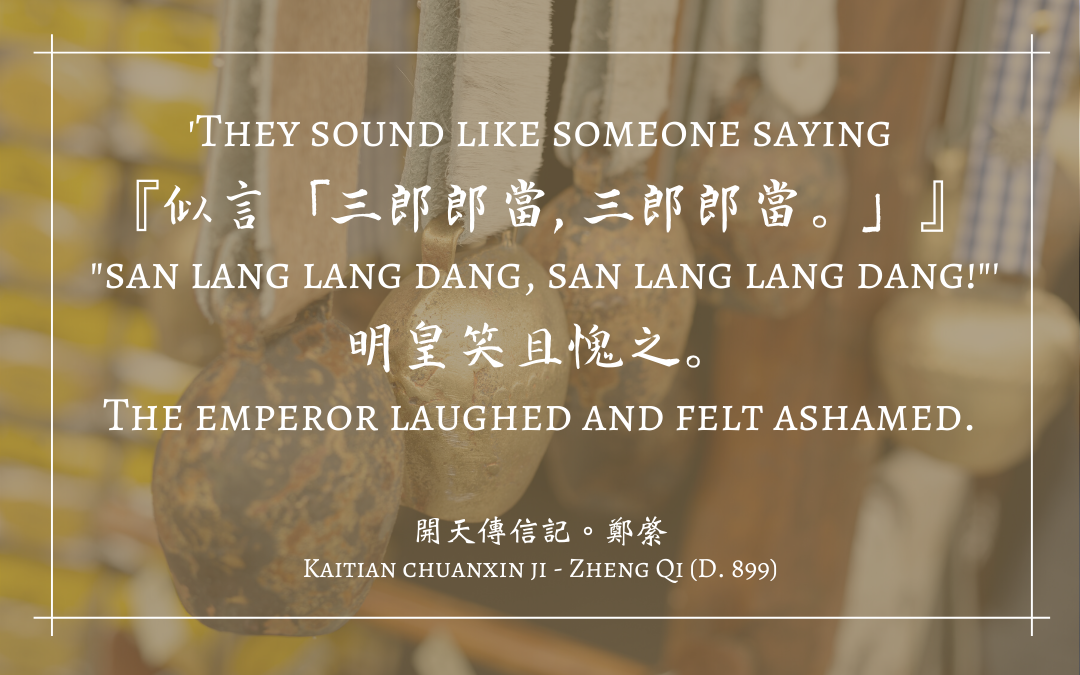 In this account, the Chinese emperor is put to shame by the jester In Full Streamer (Huang Fanchuo 黃幡綽) who creates a ringing bell onomatopoeia by combining one of the emperor’s names with the word for ‘dissolute’ or ‘sloppy’.

In other words, he offers up a bracing if indirect commentary on the way the country has been run.  It’s an interesting insight into the freedom of a mere jester to pass judgement on the emperor’s performance.

Following the quelling of the An Lushan Rebellion, Emperor Tang Xuanzong 唐玄宗 (r. 713-56) was returning from exile.  There was a camel loaded with his expensive trinkets, and the emperor noticed the bells tinkling on the camel.  He commented to In Full Streamer that they made a sound like a human voice.  The jester reacted by combining the emperor’s name (Sanlang 三郎) with `dissolute’ or `sloppy’ (langdang), to imitate the bells: