The reality of objective phenomena 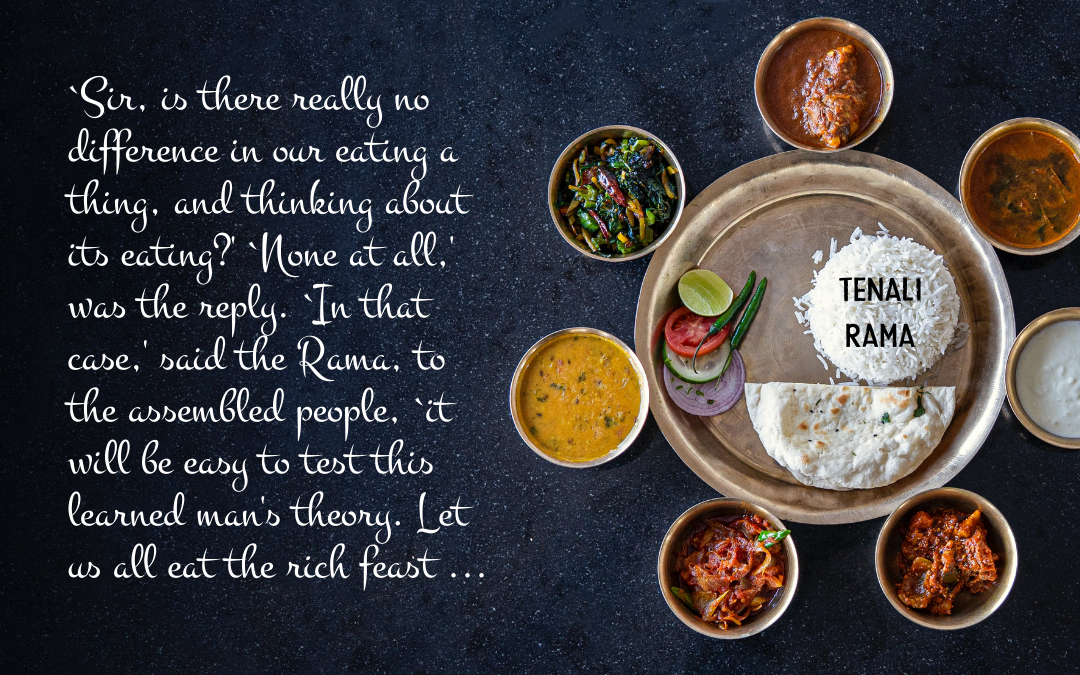 A regular theme in the foolosphere has the fool besting someone supposedly wiser, smarter, holier or otherwise superior.  There’s a whole raft of stories of jesters engaging with scholars and tying them in semantic knots, and in China this extends to grappling with the niceties of holy texts the better to run rings around religious representatives.

A classic fool’s technique is to ask ‘innocent’ and simple questions.   These, as you know if you’ve ever been curve-balled by a such a question from a child, can be the hardest to answer.

Here we have the Indian folk fool Tenali Rama using raillery to de-rail a scholar and in the process getting himself hired on the spot as court jester. A debate was held on the reality of objective phenomena at which an eminent scholar argued that the whole world was an illusion and it was only thought that made us think we were eating or smelling.  Tenali Rama innocently asked him:

`Sir, is there really no difference in our eating a thing, and thinking about its eating?’  `None at all,’ was the reply.  `In that case,’ said the Rama, to the assembled people, `it will be easy to test this learned man’s theory.  Let us all eat the rich feast, provided by this generous monarch, and let our friend think of it and fill his belly!’  Everybody laughed at the discomfited Pundit.  The King was so pleased at the joke that he gave Rama a purse of gold and made him his court jester on the spot, amidst universal approval.