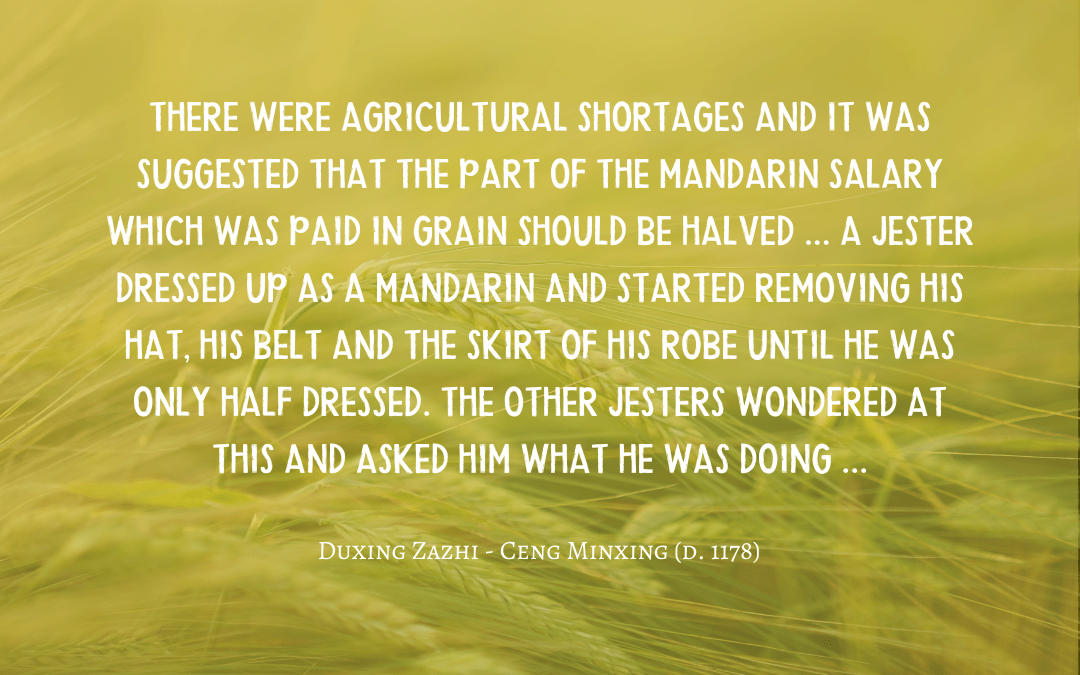 There are two strikingly similar accounts of jesters intervening when someone in authority had the bright idea to cut somebody else’s pay by half.  Here we share the first of these, used by a Chinese jester at the court of Song Huizong 宋徽宗 (r. 1100-26).  Soon we will feature a similar tale relating to a French jester 500 years later.

This is an example of a jester or a group of jesters using a short skit to act out a situation wittily, in order to bring the ruler’s attention to a problem, giving them chance to rectify it. 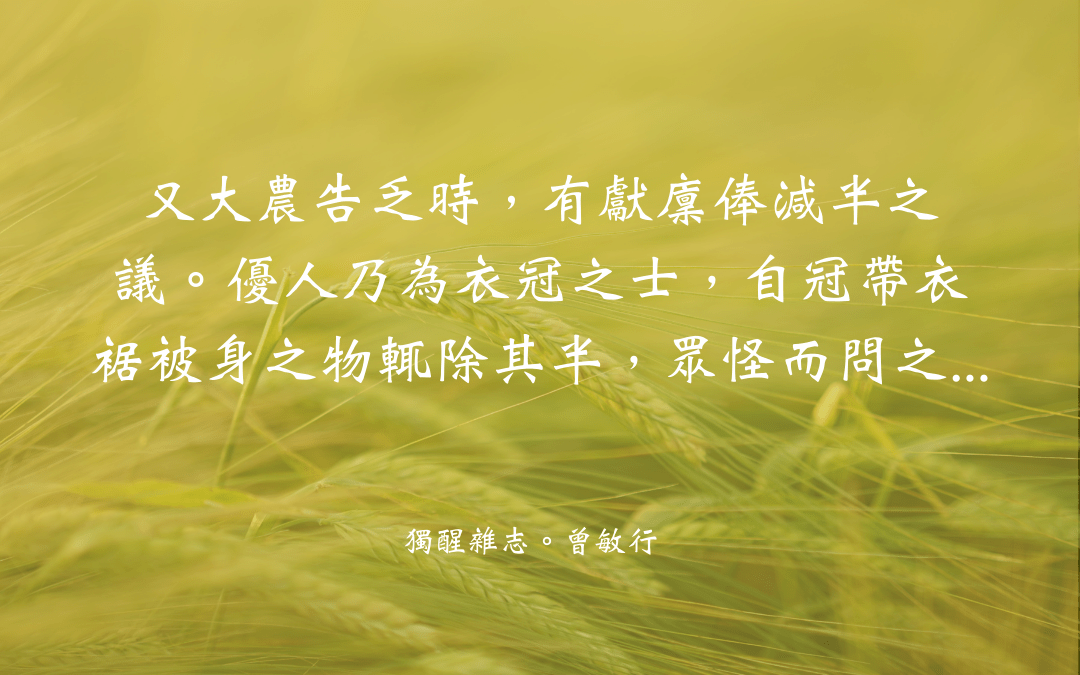 In China such skits were a kind of proto-drama, and a key term for ‘jester’, you 優, also came to mean ‘actor’.

There were agricultural shortages and it was suggested that the part of the mandarin salary which was paid in grain should be halved.  Visual and verbal puns on the character xing 行 meaning both `to walk’ and `to carry out’ or `put into practice’ were used to quash this idea:

A jester dressed up as a mandarin and started removing his hat, his belt and the skirt of his robe until he was only half dressed.  The other jesters wondered at this and asked him what he was doing.  `Cutting down by half!’  He put both his legs into one trouser leg, and hopped forward.  He was again questioned about it, and again he answered, `Cutting down by half!’  The jester who asked gave a long sigh and said, `Although you’ve got cutting down by half to a “T”, you just don’t realize how crippling it’ll be!’  This story was passed around the palace and the suggestion [to halve the grain pay] was abandoned.