Mock you may not 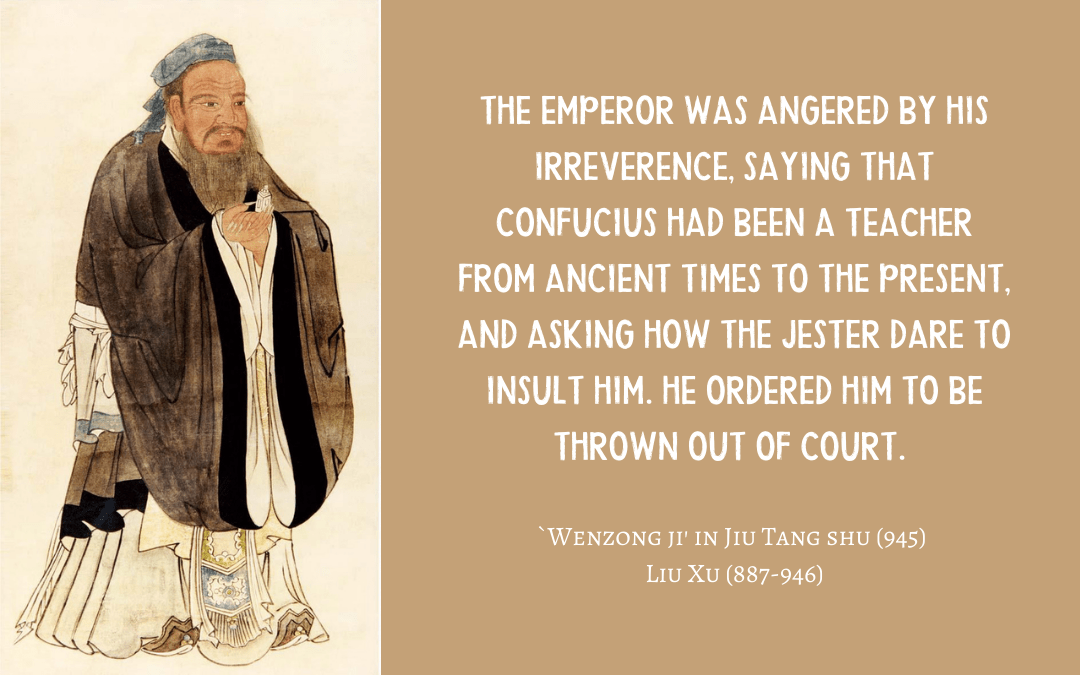 At a banquet given during the Taihe reign period (827-35) of Emperor Tang Wenzong 唐文宗 (r. 827-40), a jester mocked Confucius in a variety show performance.  The emperor was angered by his irreverence, saying that Confucius had been a teacher from ancient times to the present, and asking how the jester dare to insult him.  He ordered him to be thrown out of court. 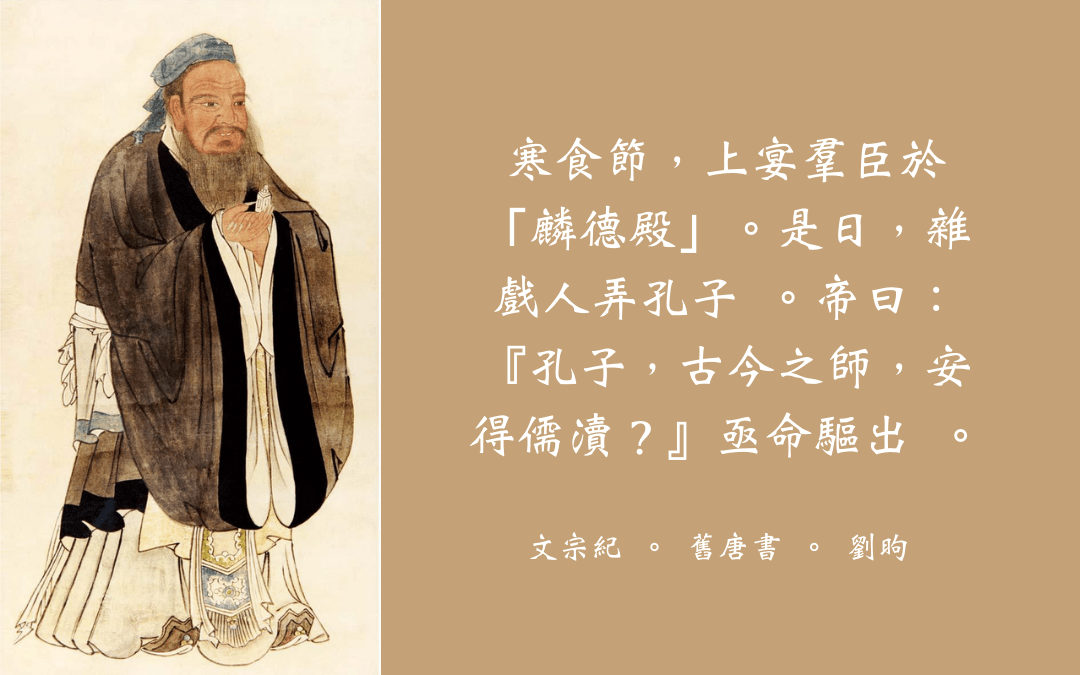 Curiously, this account was later cited by an official as a precedent when he presented a memo to the emperor asking him not to countenance such irreverence to the great sage.

Both in stark contrast to other accounts of Chinese jesters mocking Confucius with impunity.  We’ll share these as they make their way through the pipeline.