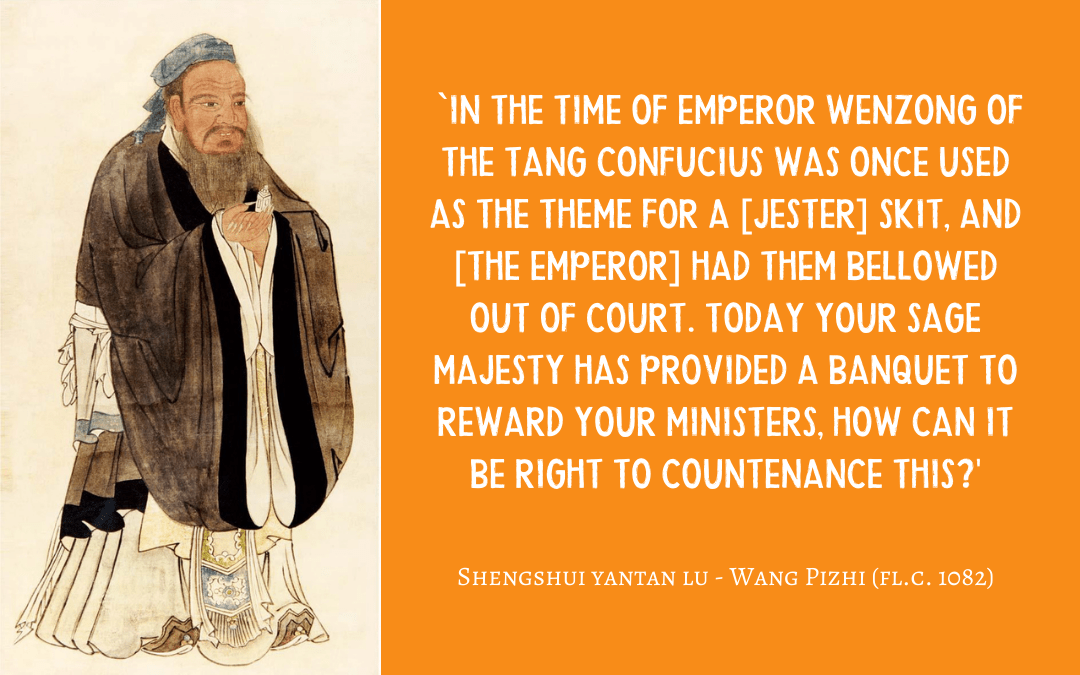 Chinese jesters didn’t hesitate to mock the great names of Chinese thinking and religion, including Confucius.   And just as jesters everywhere could be upbraided for such irreverence, here we see an official presenting a memo to the emperor to complain of the affront to the great sage.  Interestingly, he cites precedent as his argument, referring to an earlier account of a jester skit making fun of Confucius, and the then emperor’s robust rebuke. 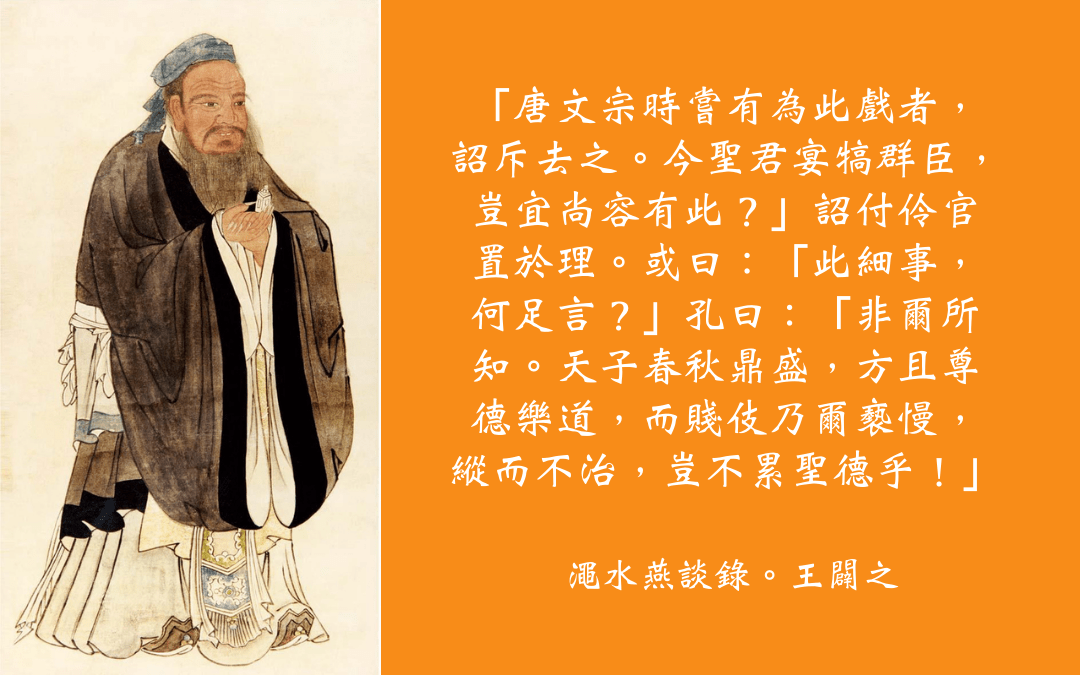 When the Song dynasty Emperor Zhezong 宋哲宗 (r. 1085-1100) visited Welcoming Good Luck Pond, he gave a banquet for his ministers.  Members of the Court Entertainments Bureau – which oversaw jesters and other performers – put on a skit with Confucius as the theme.

The Secretary of the Board of Punishments, Kong Zonghan, presented a memorial to the emperor complaining of this:

`In the time of Emperor Wenzong of the Tang this [theme] was once used for a skit, and [the emperor] had them bellowed out of court.  Today Your Sage Majesty has provided a banquet to reward your ministers, how can it be right to countenance this?’

Note: The Chinese Text Project version of this, featured here, gives the source as folio 8, rather than my original bibliographic reference of folio 9.