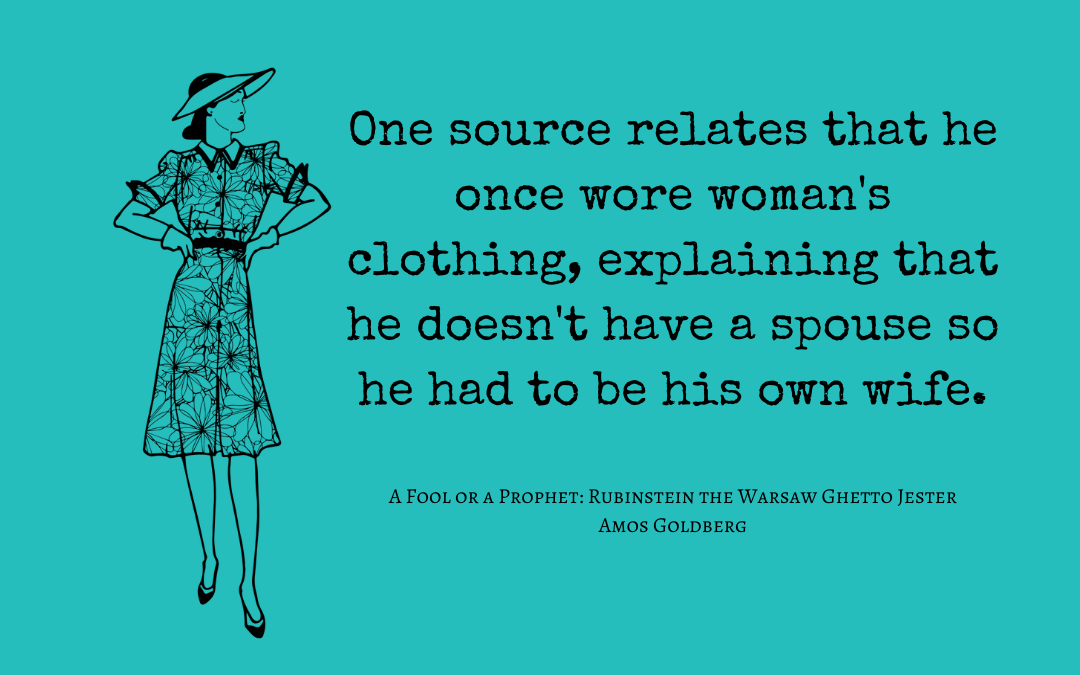 Always up-ending our expectations, no surprise to learn that the ever resourceful Rubinstein, de facto jester in the Warsaw Ghetto, nimbly solved the problem of being single by dressing up as his own wife.

He could outwit death, so why not celibacy?

‘One source relates that he once wore woman’s clothing, explaining that he doesn’t have a spouse so he had to be his own wife.’