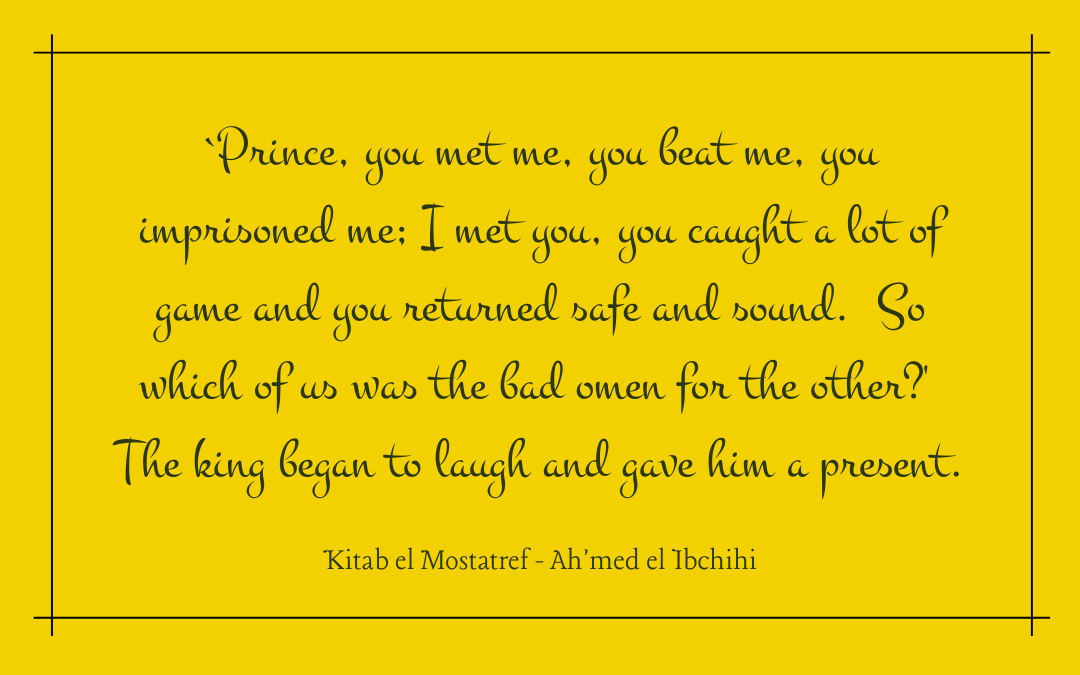 There is an Arabic tale of a jester-like hunchback who helps the king see the stupidity of his superstitions by making him laugh.  A hunchback was supposedly a bad omen, to be avoided.  One day when the king was out hunting, the first person he met was a hunchback whom he ordered beaten and imprisoned.  He then continued with the hunt and caught a good deal of game.  When he returned, unharmed despite the hunchback’s having crossed his path, he ordered that the prisoner be brought to him and given some money, to compensate him for his incarceration.  The hunchback refused the money but asked permission to have his say, which was granted:

`Prince, you met me, you beat me, you imprisoned me; I met you, you caught a lot of game and you returned safe and sound.  So which of us was the bad omen for the other?’  The king began to laugh and gave him a present.

The wit and the resilience of the hunchback are impressive.   At other times and in other places, they would have been considered a good omen; perhaps following this exchange the king in question actively welcomed hunchbacks as much as some other rulers, according to the 1001 Nights.