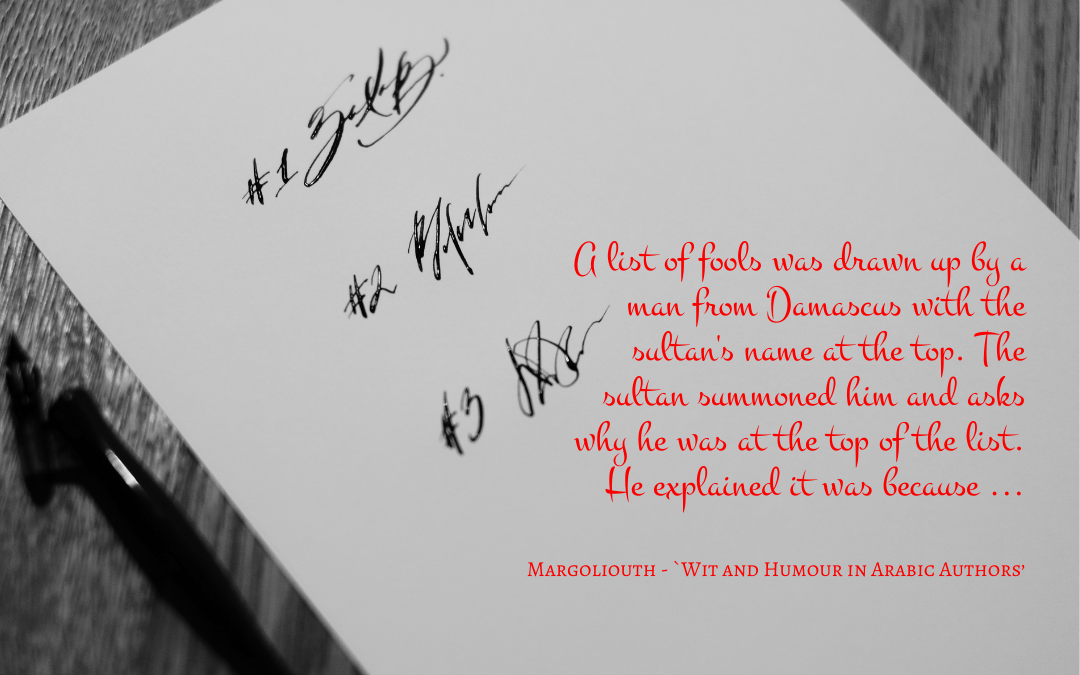 One method of admonishing a king is to offer him the title of fool, a verbal equivalent of making him change places with his jester.  Here is an Arabic version of this regular formula:

A list of fools was drawn up by a man from Damascus with the sultan’s name at the top.  The sultan summoned him and asks why he was at the top of the list.  He explained it was because he had been taken in by a charlatan.  The sultan insisted that the man was doing an errand for him and would soon return.  `”If he returns,” was the retort, “I promise to erase your name from my list, and substitute his.”‘

There is a similar tale told of Will Somers and Henry VIII (r. 1509-47) which we will feature here in due course.