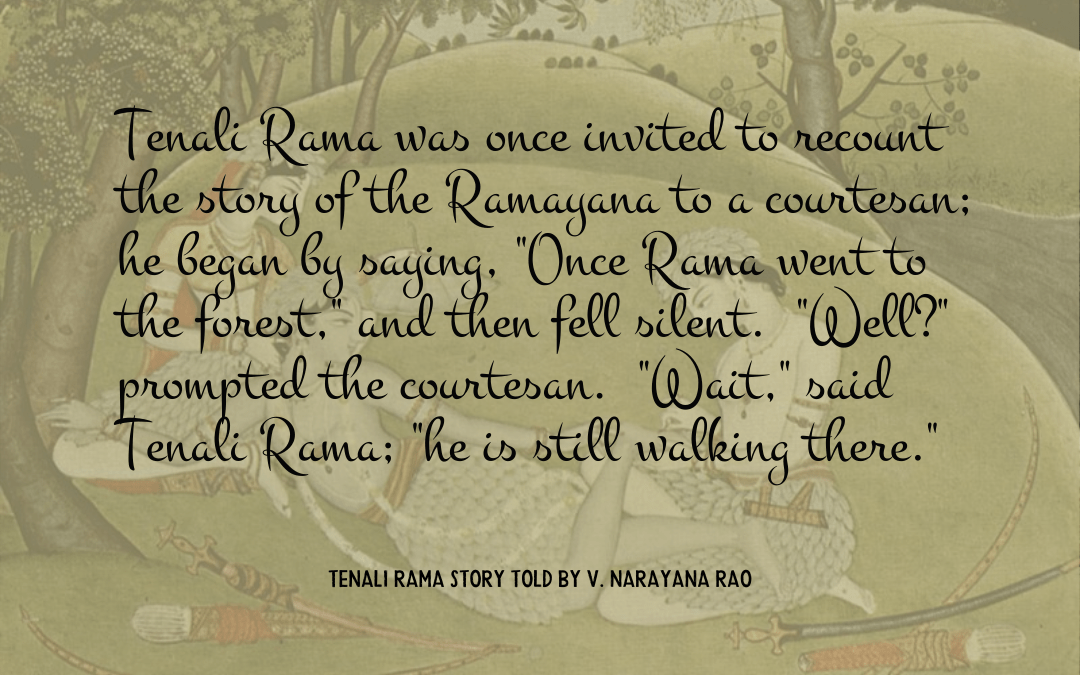 This short story regarding the Indian folk fool Tenali Rama illustrates perfectly the literalness of the fool, which you might have encountered in children, perhaps with occasional exasperation.  I shared this during a talk to a group which included professional clowns and fools, and it got a laugh; I hope some of them used it in their own performances.

Note too that Tenali Rama, like the stock stage jester of Sanskrit drama, vidusaka, was a Brahmin, and it would have been considered inappropriate for him to recite to a courtesan.

Tenali Rama was once invited to recount the story of the Ramayana to a courtesan; he began by saying,

“Once Rama went to the forest,” and then fell silent.

“Wait,” said Tenali Rama; “he is still walking there.”