In fear of his wife 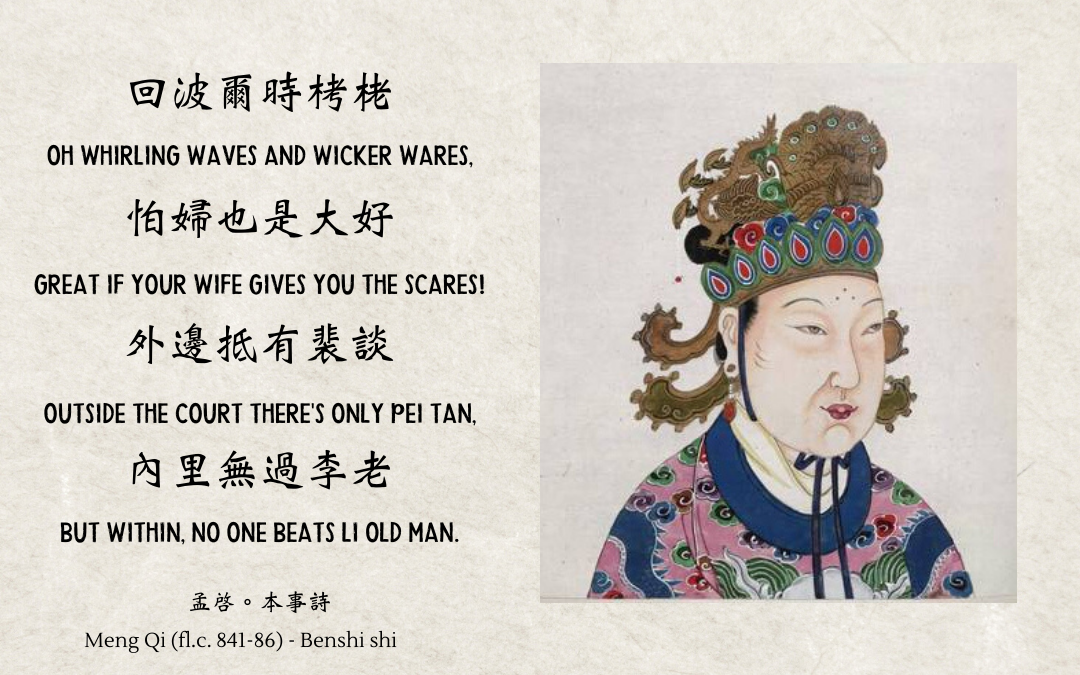 There is a whole class of jester stories involving rhyming or other witty ditties to make fun of or entertain the ruler.  Here a jester uses one to joke about the emperor’s fear of his shrewish wife, first alluding to a wife-cringing official and then pointing out that nobody could beat the emperor himself in this department.

The empress, far from being offended, looked pleased and rewarded the jester with silks, presumably feeling it didn’t harm her if everyone knew who wore the trousers.

Pei Tan, a censor in the reign of Emperor Tang Zhongzong 唐中宗 (r. 684 and 705-10), had a shrewish wife who terrified him.  The emperor’s wife, similarly intimidating, was a commoner who modelled herself on the sadistic Empress Wu Zetian (r. 690-705) and the emperor came to fear her.  At a palace banquet a jester sang a verse, saying that it was a great thing to fear one’s wife, referring to Pei Tan, but adding that within the palace nobody surpassed the emperor, whose family name was Li, for wife-induced quaking:

Great if your wife gives you the scares!

Outside the court there is only Pei Tan,

But within, no one surpasses Li Old Man.

The image is of the empress’ terrifying role model, the notorious Empress Wu Zetian (r. 690-705)