I am a jester 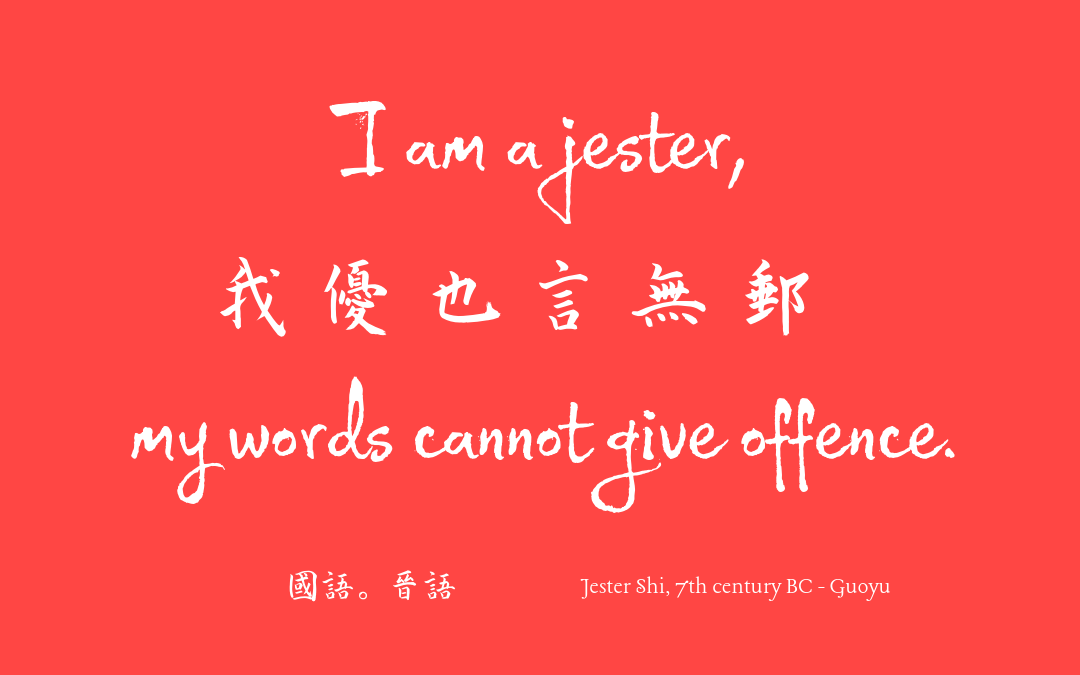 As far as we know, the first Chinese jester on (available) record is Jester Shi (You Shi) who served Duke Xian during the reign of King Huiwang (r. 676-652 BC). He may even be the first relatively reliable historic record of a named jester anywhere, though this is a tentative statement, allowing who knows what to turn up in the unearthing.

Jester Shi was also reportedly a dwarf, a very early example of the common overlap between jesters and dwarfs.

Of particular note is the fact that if these are the first words of a jester on record, they simply and pithily highlight his licence to speak freely. Jester Shi recommended himself for a piece of diplomatic intrigue on the grounds that being a jester gave him a free hand.

Another example of a jester being sent on a quasi-diplomatic mission is Archy Armstrong, jester to James I, who accompanied Prince Charles and others on a trip to Spain to negotiate the marriage of Charles to the Infanta.  Archy mentioned in a letter to James that he had readier access to the Spanish king than anyone except the king’s own fool.  The full story to follow.

‘I am a jester, my words cannot give offence.’