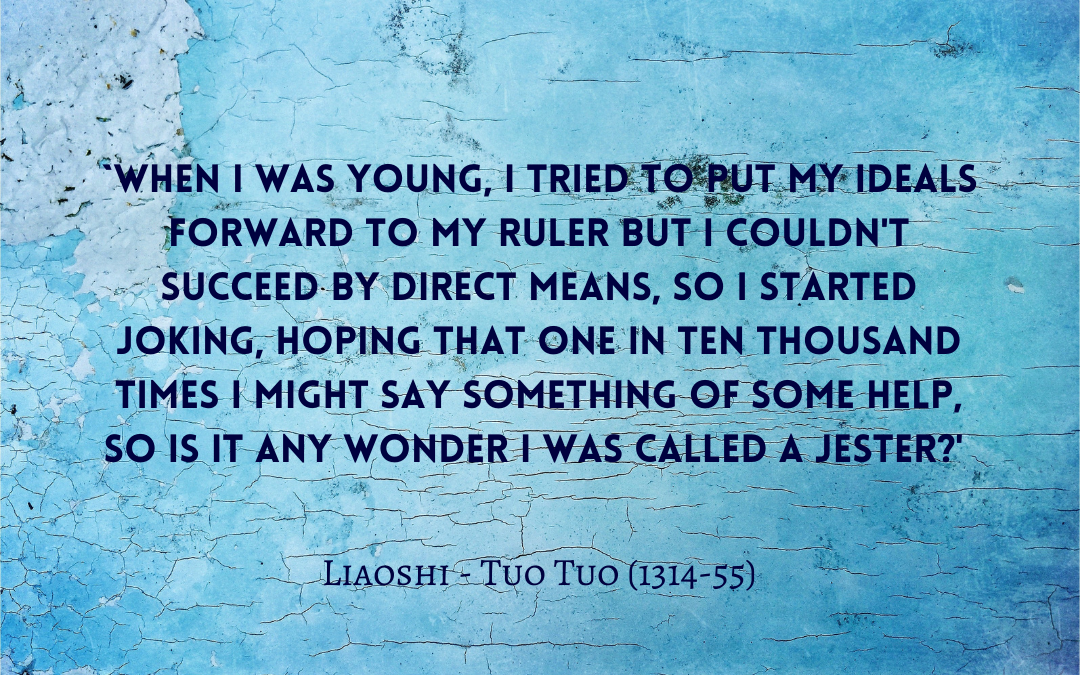 A paradox of the jester’s method is that they could hit home all the better for using the indirect means of jokes, stories and other roundabout ways of getting a point across.  Is there something we can learn here?

A Chinese official is described in his biography in the official Liao dynastic history as loving a laugh.  At banquets there was no limit to his humour and people thought of him as a jester.  He commented on this as he was dying: 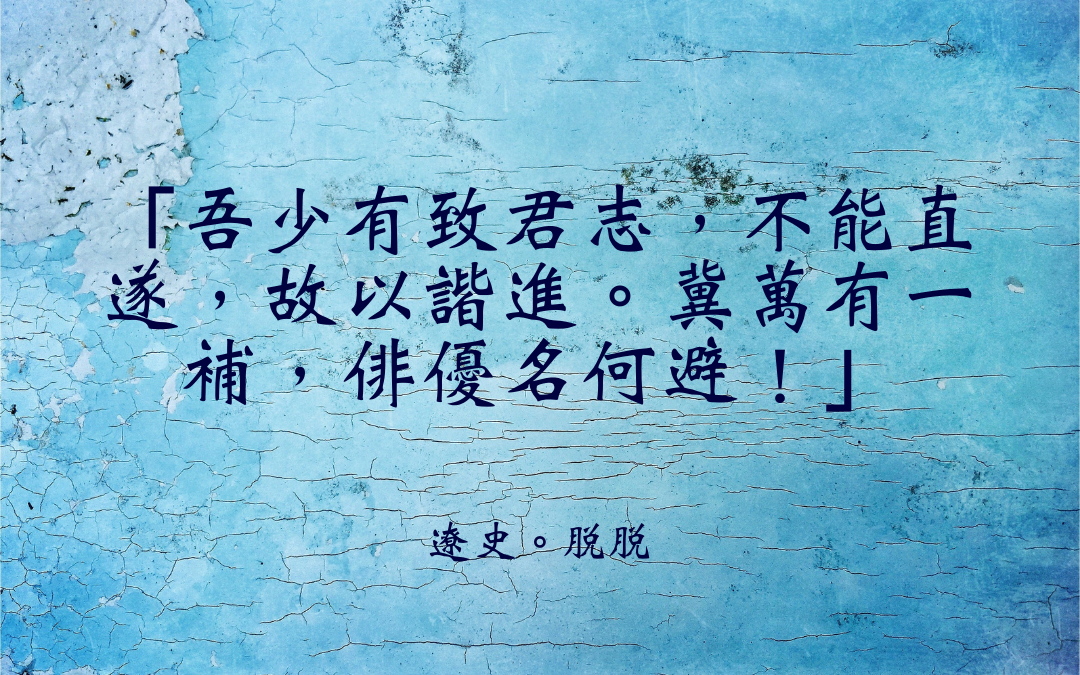 `When I was young, I tried to put my ideals forward to my ruler but I couldn’t succeed by direct means, so I started joking, hoping that one in ten thousand times I might say something of some help, so is it any wonder I was called a jester?’

His borrowing the guise of a jester to remonstrate more effectively is echoed in the English writer and entertainer, John Heywood.

Note: The Chinese Text Project version gives it as fol. 77, compared to my bibliographic reference’s folio 85, and the name as Xiao Liu 蕭柳 rather than Wan Xiao.