How to top a top minister 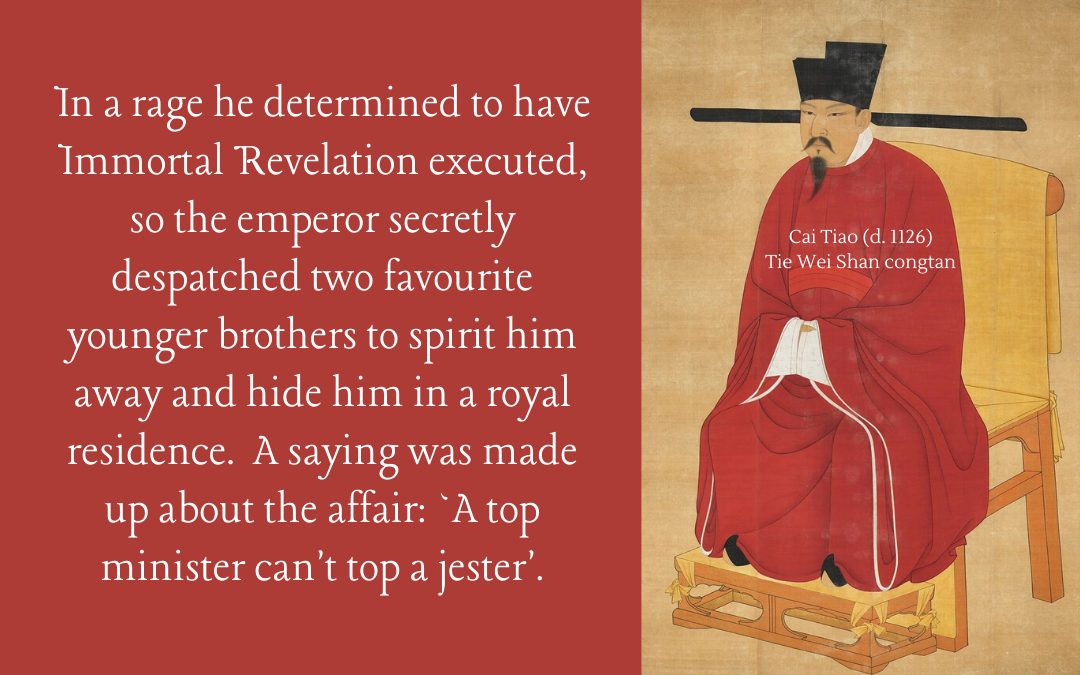 A charming tale of a prominent jester’s landing himself in the bad books of a powerful minister but being saved from wrathful retribution by the emperor.

Prime Minister Wang Anshi (1021-86) instituted a series of sweeping reforms although he later fell into disfavour and his policies were reversed. He was reportedly frugal, unwashed and obstinate. It is his arrogance rather than his policies which made him the butt of jester skits and gibes. In the reign of the Song dynasty Emperor Shenzong (r. 1068-85) Wang wielded immense power and even the emperor:

‘… acceded to him in everything.  Decrees poured forth but the people felt disaffected.  Old ministers and famous scholars voiced their disapproval and many found themselves demoted or dismissed.  Thereafter, new ones tied up their tongues and kept quiet…

One of Wang’s laws had just been enacted, and the jester put it into a skit on stage at a banquet, and gave free rein to his mockery.  The joke was passed on to make people laugh, which Wang could not endure although he could do nothing against his mocker.  In a rage he determined to have Ding Xianxian (丁仙现 or Immortal Revelation) executed, so the emperor secretly despatched two favourite younger brothers to spirit him away and hide him in a royal residence.

A saying was made up about the affair: `A top minister can’t top a jester’.’

This is not the only case of a jester having to be spirited away for his own protection – Henry VIII’s jester Sexten was similarly hidden. 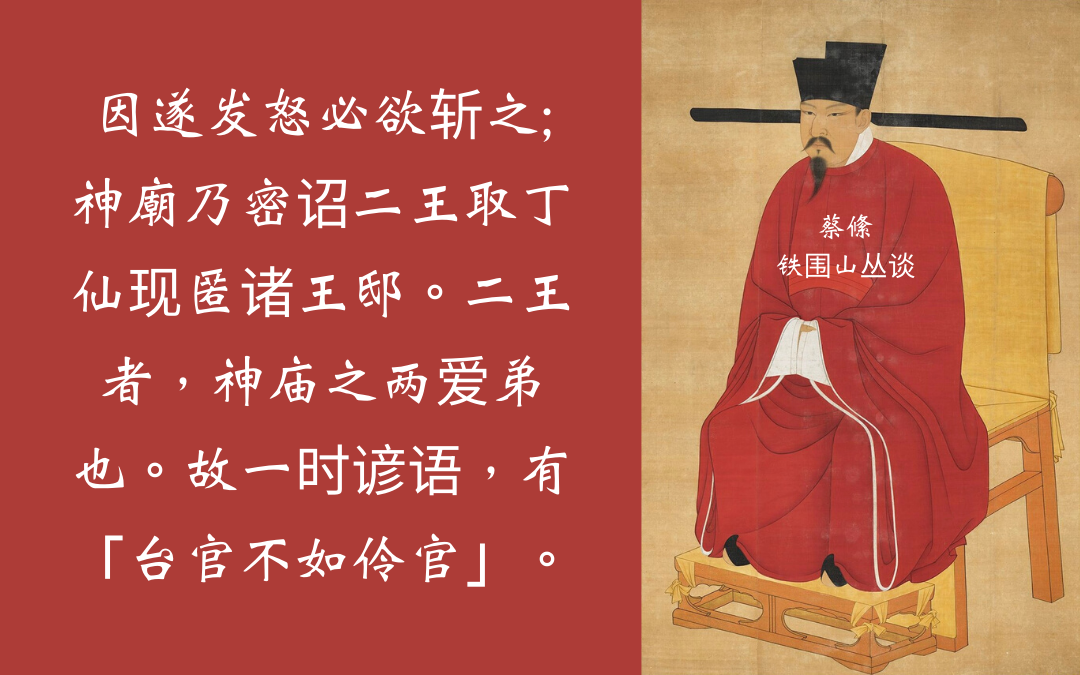