How do I feel now? 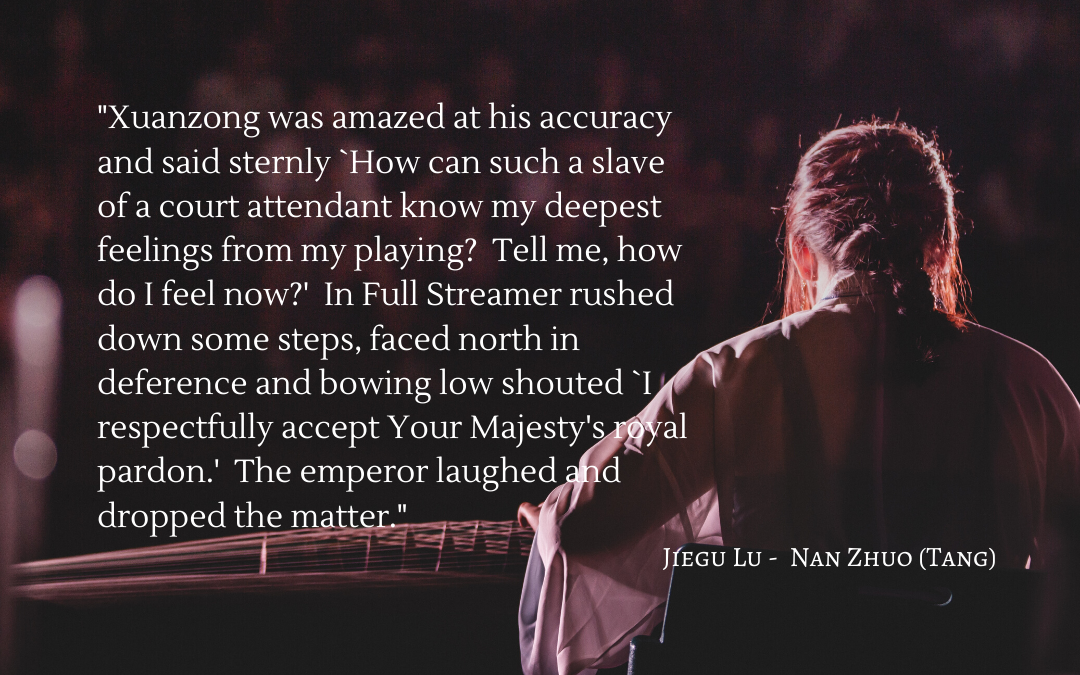 The Chinese jester Huang Fanchuo (黃幡綽 In Full Streamer Huang) is mentioned in a musicological work, the Tang dynasty Jie Drum Record (羯鼓錄), for having stunned the emperor, Tang Xuanzong 唐玄宗 (r. 713-56), with his ability to guess the emperor’s mood from his musical playing.  This account gives us a rare insight into the intimacy that could be found in the relationship between a jester and the ruler.

One day Huang Fanchuo was summoned but failed to turn up when expected, making the emperor angry.  When he did arrive, he waited outside where he could hear the emperor playing a tune, only entering when the tune was finished and a new one begun. When Xuanzong discovered that In Full Streamer had loitered outside he asked for an explanation.  The jester had been using his musical ear to assess when the Emperor had been in a rage, and when it had subsided:

Xuanzong was amazed at his accuracy and said sternly `How can such a slave of a court attendant know my deepest feelings from my playing?  Tell me, how do I feel now?’  In Full Streamer rushed down some steps, faced north in deference and bowing low shouted `I respectfully accept Your Majesty’s royal pardon.’  The emperor laughed and dropped the matter. 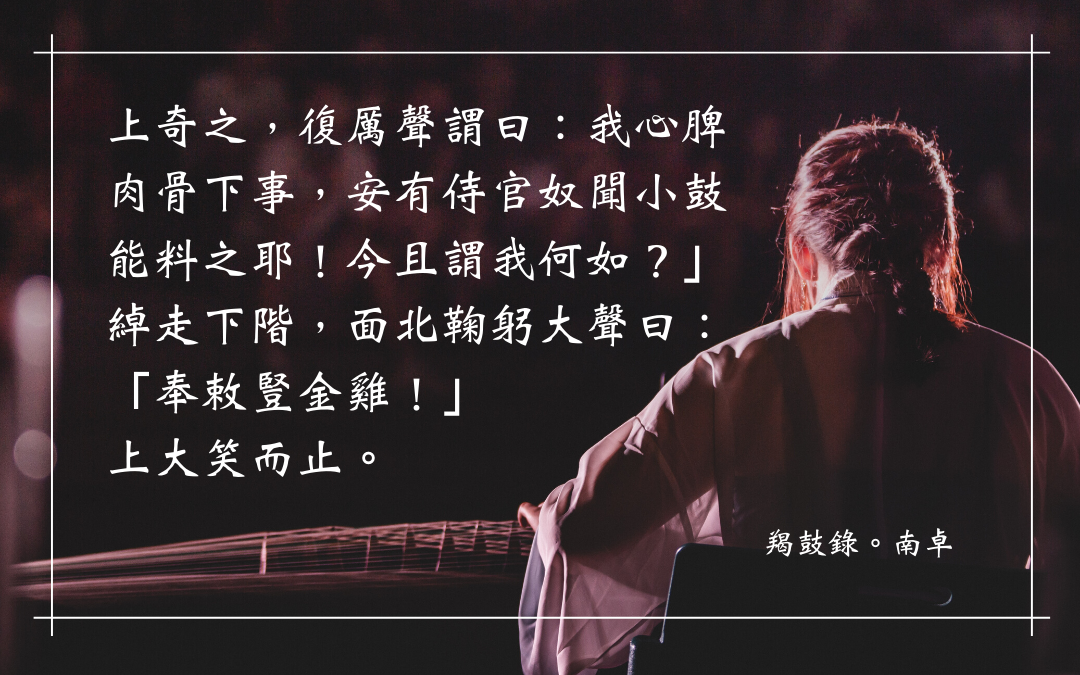