How dare a jester criticize? 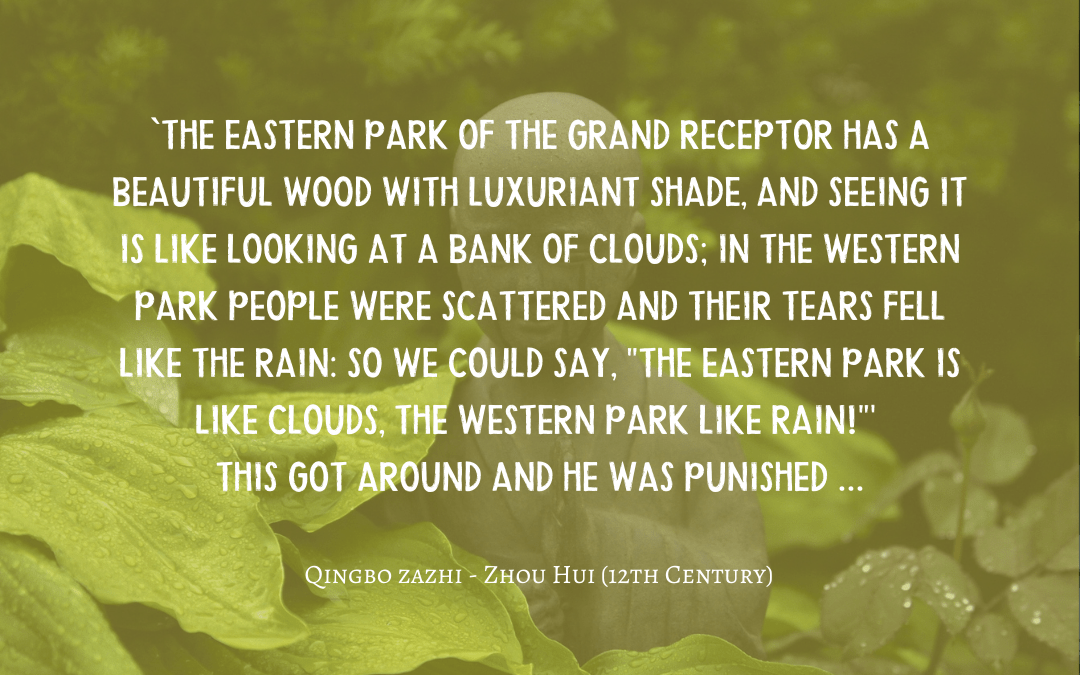 They do dare, it’s one of their quiddities.  Even when it’s a serving or former Prime Minister or similar.

Again, a jester criticizes a powerful minister, in this case drawing attention to the suffering his oligarchic-scale building plans caused ordinary people whose homes were bulldozed to make way for some no doubt spectacular landscape gardening.  The jester, whose name was the uncompromising Scorching Virtue (Jiao De 焦德), was punished for his insolence. 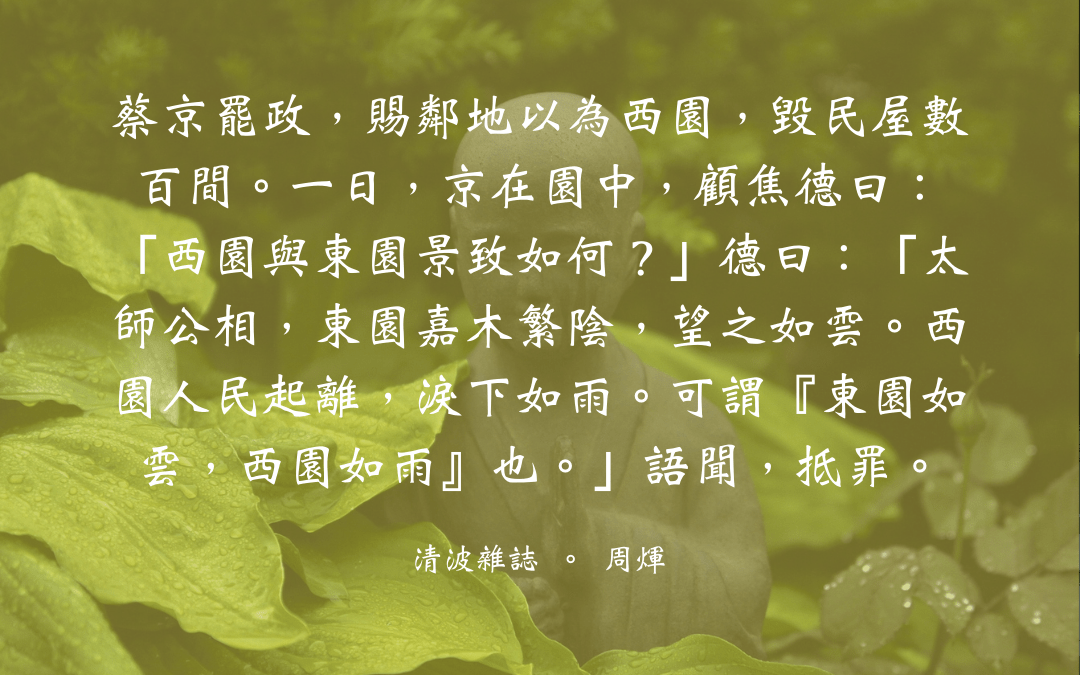 In the Xuanhe period (1119-25) of Emperor Song Huizong 宋徽宗 (r. 1100-26), Prime Minister Cai Jing 蔡京 was retired from government and given some nearby land where he built the Western Park for which several hundred ordinary dwellings were flattened to make room.  One day Cai asked the jester what he thought of the layout of the Eastern and Western Parks.  Virtue said:

`The Eastern Park of the Grand Receptor has a beautiful wood with luxuriant shade, and seeing it is like looking at a bank of clouds; in the Western Park people were scattered and their tears fell like the rain: so we could say, “The Eastern Park is like clouds, the Western Park like rain!”‘  This got around and he was punished.  Someone said, `How dare a jester criticize a Counsellor Duke’s injustices to his face?’

Scorching Virtue clearly drew attention to the suffering caused by Cai Jing’s park, but in this case, his intervention didn’t prevent further abuses.