Happy to see you 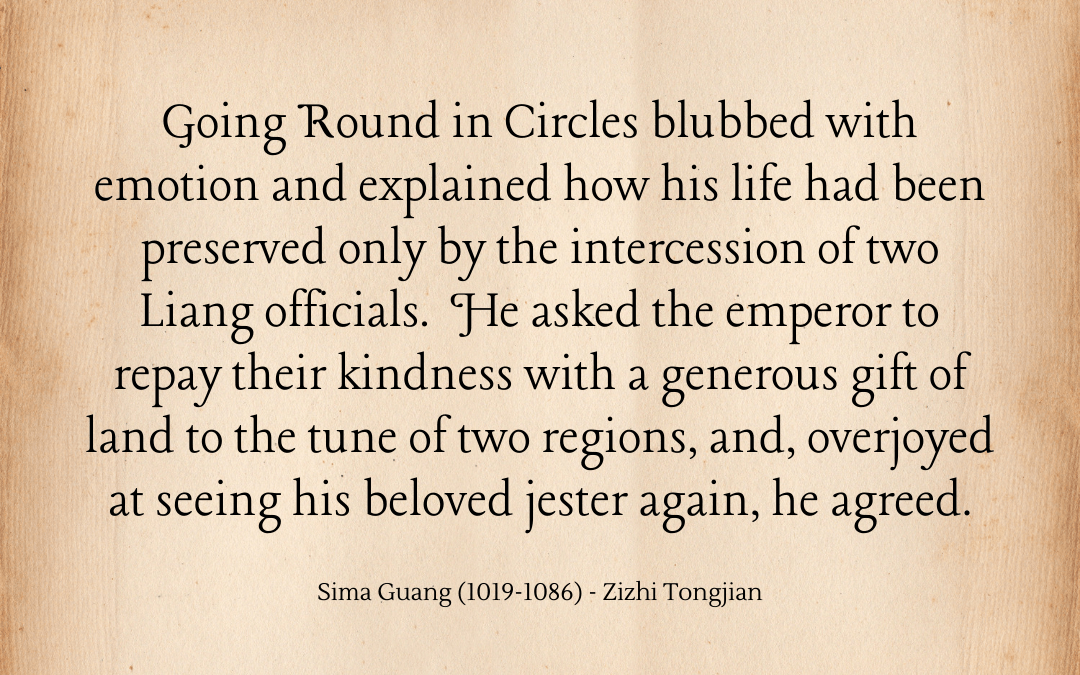 This anecdote from Sima Guang’s 11th century historical record, the Comprehensive Mirror in Aid of Governance, gives an insight into the personal closeness that could exist between an emperor and the jester.  This jester, with the engaging name of Going Round in Circles (Zhou Za), was captured during a military campaign against the Liang. It is noteworthy that the imperial historian Sima Guang mentions the emperor was ‘always longing for him’.  When they were reunited:

‘Going Round in Circles blubbed with emotion and explained how his life had been preserved only by the intercession of two Liang officials.  He asked the emperor to repay their kindness with a generous gift of land to the tune of two regions, and, overjoyed at seeing his beloved jester again, he agreed.’ 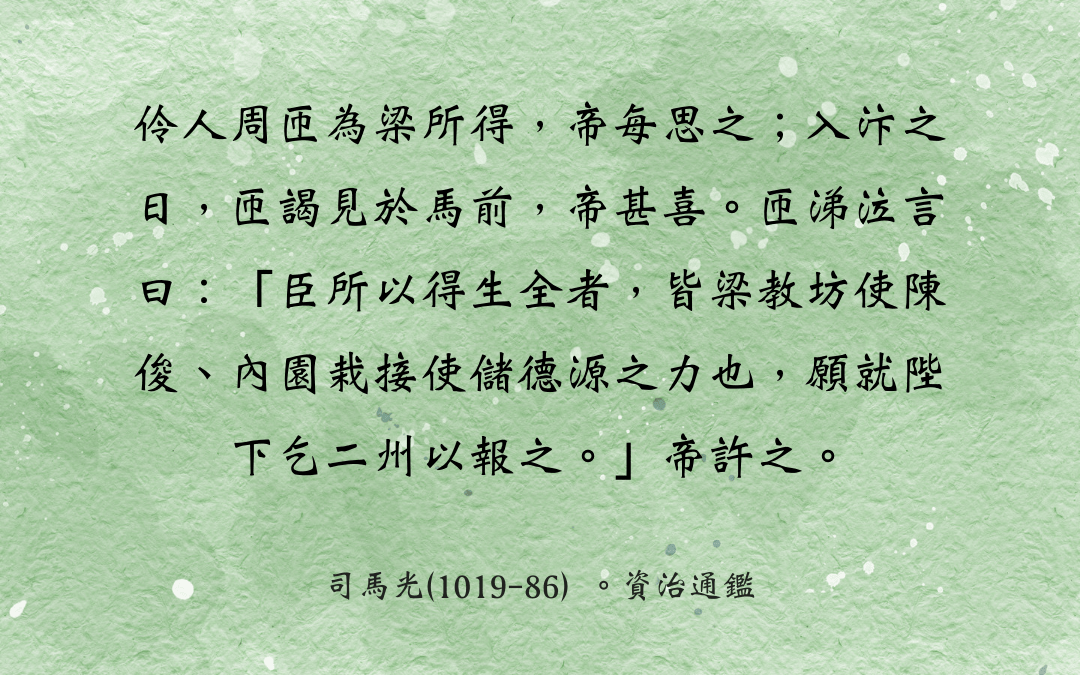