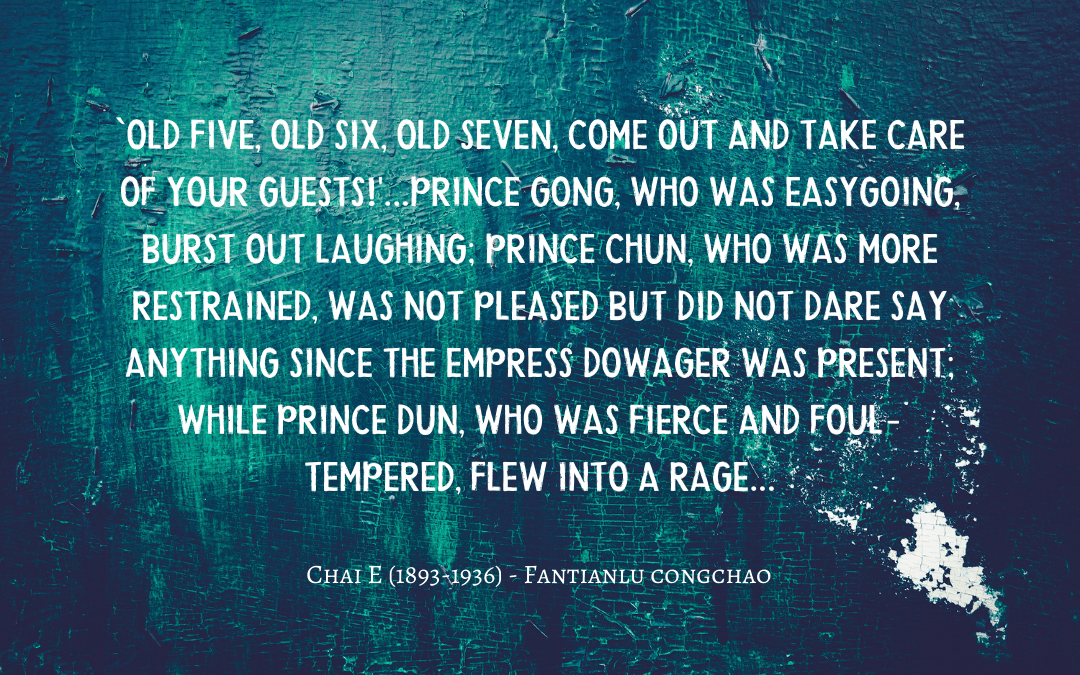 During the Guangxu Emperor’s reign (1875-1908), the actor Liu Gansan 劉趕三 (1817-94), was acting the part of a bawd when he managed to crack a joke at the expense of three imperial princes who were in the audience.

At the time prostitutes were called by their number in the `family’ hierarchy, and the three princes were fifth, sixth and seventh in their own families.  When ‘guests’ arrived, Liu bellowed to summon three harlots: 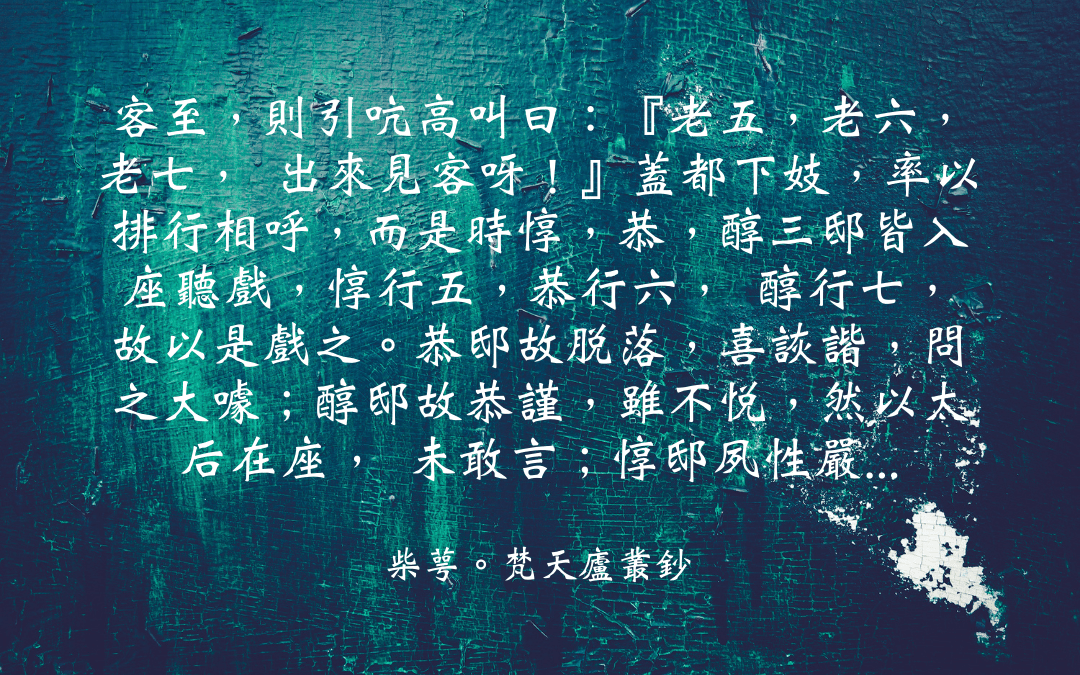 `Old Five, Old Six, Old Seven, come out and take care of your guests!’…  Prince Gong, who was easygoing, burst out laughing; Prince Chun, who was more restrained, was not pleased but did not dare say anything since the Empress Dowager was present; while Prince Dun, who was fierce and foul-tempered, flew into a rage, `Who is this crazy slave?  How dare he be so discourteous!’ and he stood up cursing and got his servants to catch him and gave him forty blows before the matter was laid to rest.

See also a comment on Liu Gansan in his outspoken jesterly capacity.