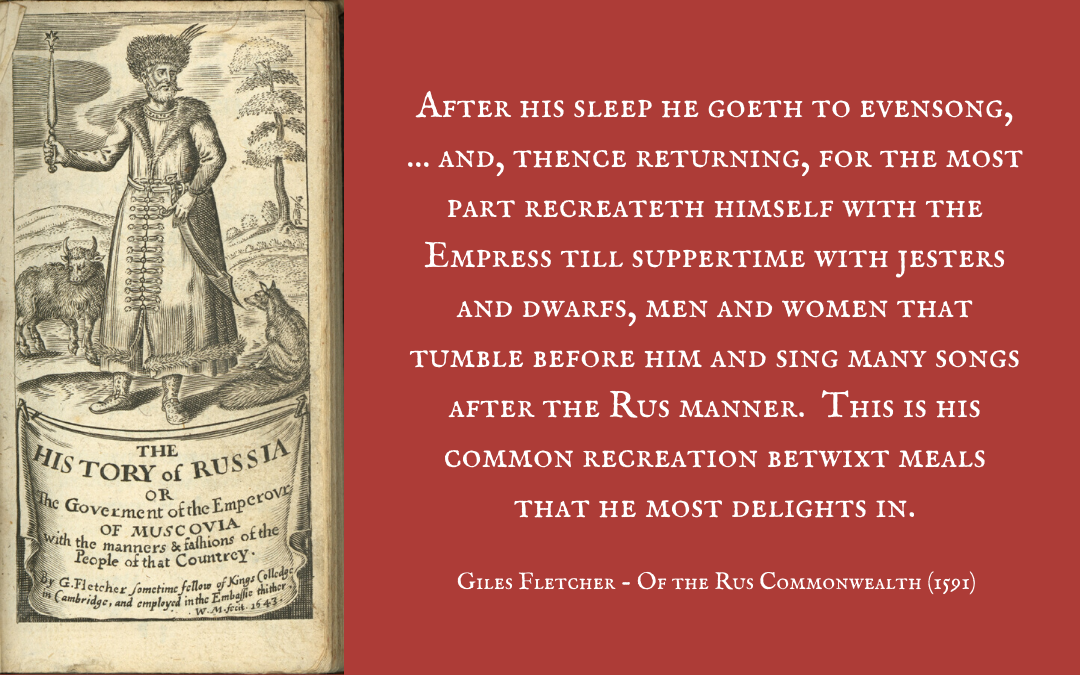 Giles Fletcher was appointed English ambassador to Tsar Fedor I (r. 1584-98) on 6th June 1588. His account of his stay in Moscow was one of the most widely read travel books in Elizabethan England and provides an early first-hand Western account of dwarfs and jesters in the Russian court, illustrating their vital function in relaxing the Tsar with their fooling:

‘After his sleep he goeth to evensong, called vechernia and, thence returning, for the most part recreateth himself with the Empress till suppertime with jesters and dwarfs, men and women that tumble before him and sing many songs after the Rus manner.  This is his common recreation betwixt meals that he most delights in.’