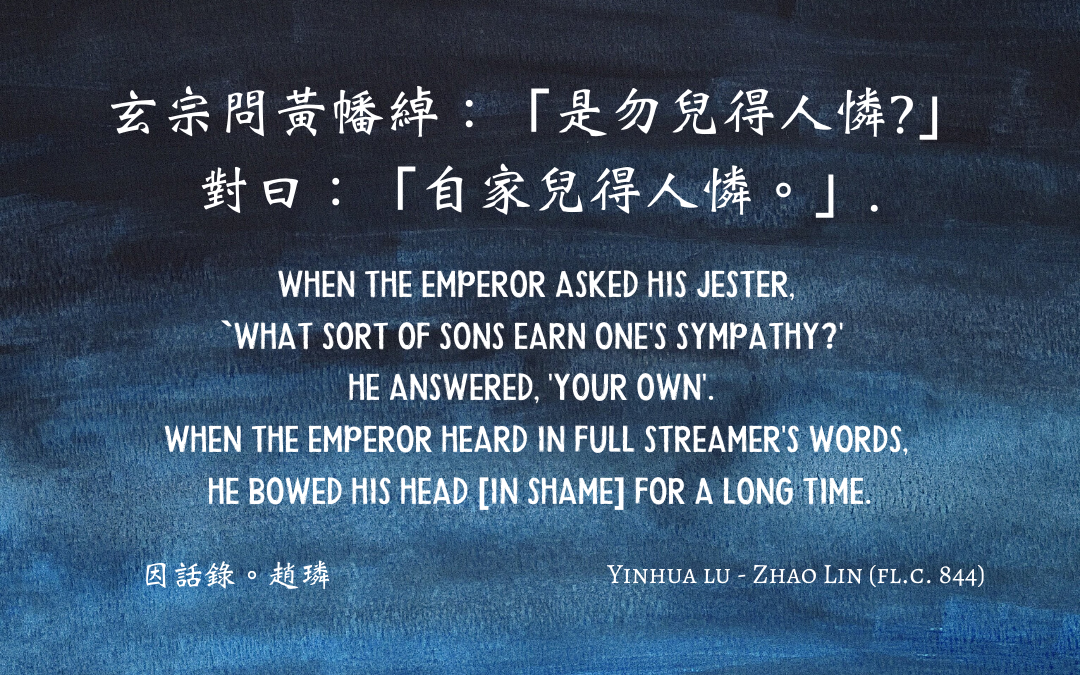 During the reign of Emperor Xuanzong (r. 713-56), his beloved consort (and one of the most famous in Chinese history), Yang Guifei, showed great favouritism towards her `adopted’ son, An Lushan, the man who later instigated a rebellion which brought down the dynasty. While An Lushan received Yang Guifei’s `maternal’ favour, the son of the emperor, the future Emperor Suzong (r. 756-63), was pitifully neglected.

The emperor asked his jester Huang Fanchuo 黃幡綽 (In Full Streamer Huang), ‘What sort of sons earn one’s sympathy?’  He answered, ‘Your own’.

When the Emperor heard these words, he bowed his head [in shame] for a long time.