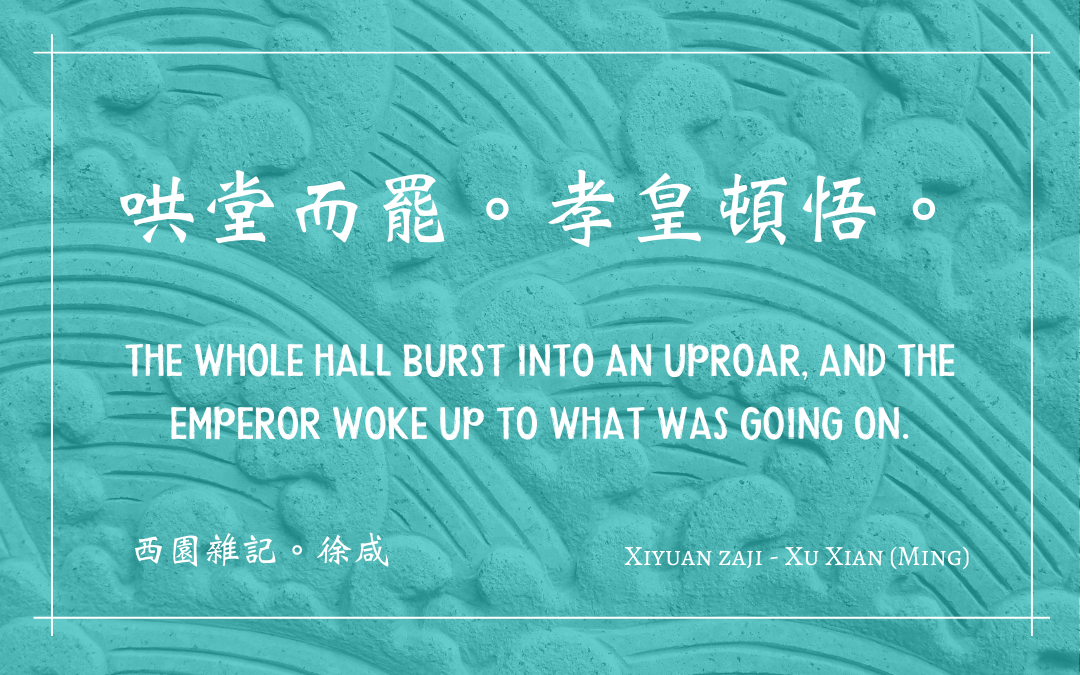 Following the practice of Chinese jesters to cook up a simple skit in order to draw the emperor’s attention to what’s really going on, here a group of them used a pun to expose corruption in the civil service exams.

During the reign of the Hongzhi 弘治 Emperor (r. 1487-1505), Cheng Minzheng, chief examiner of the civil service examinations, accepted bribes from candidates wishing to sneak to the top of their year by being given questions in advance.  Some jesters put on a skit before the emperor, using a pun on `cooked’ and `uncooked trotters’ (shu ti 熟蹄 and sheng ti 生蹄), homophones for `seen’ and `unseen questions’.  A jester walked in with a tray of seven cooked pigs’ trotters, crying his wares:

`Buy my trotters!’  Somebody went to buy one and asked the price.  The vendor told him, `A thousand taels each!’  The customer asked why they were so expensive and the vendor explained, `These are all cooked trotters [shu ti], not raw trotters [sheng ti]’.  The whole hall burst into an uproar, and the emperor woke up to what was going on.

See another example of Chinese jesters using a skit to change things.