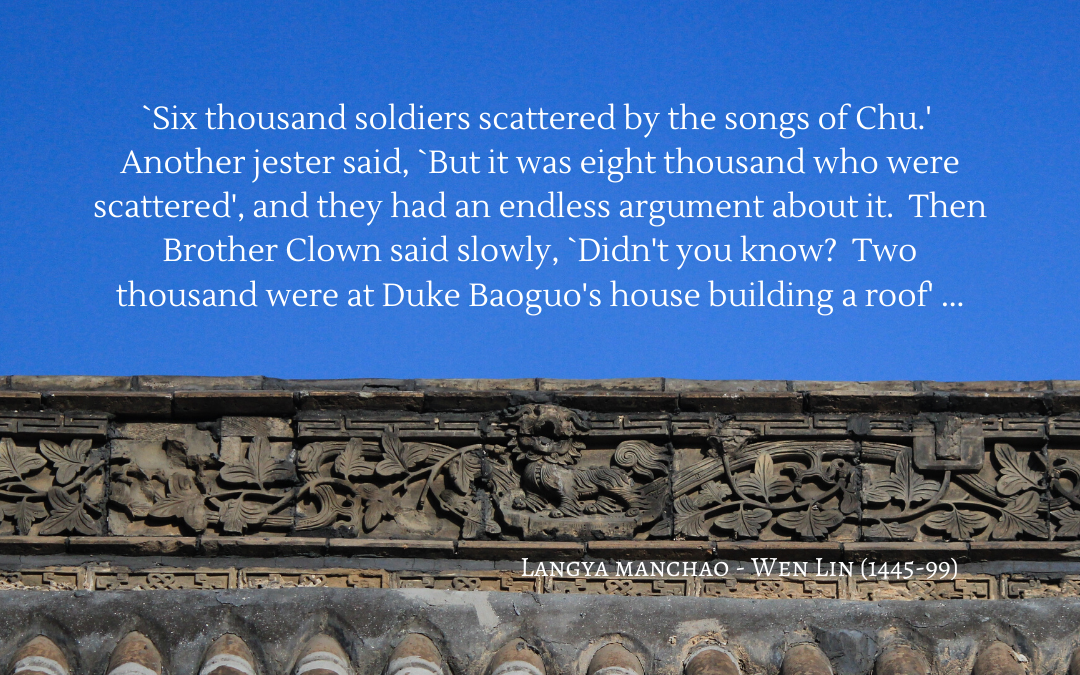 During the reign of Emperor Ming Xianzong 明宪宗 (r. 1468-87), Zhu Yong (朱永), Duke of Baoguo, ran twelve military camps and used conscripted soldiers to repair his vast residence.  The jester Brother Clown (A Chou 阿丑) used an historical allusion to expose his corruption.  Pretending to be a scholar reciting poems, he referred to Liu Bang (r. 206-195 BC) who when fighting Xiang Yu of Chu, ordered his men to sing songs of Chu thereby lowering the morale of the Chu army enough to make them disperse.  The jester intoned: 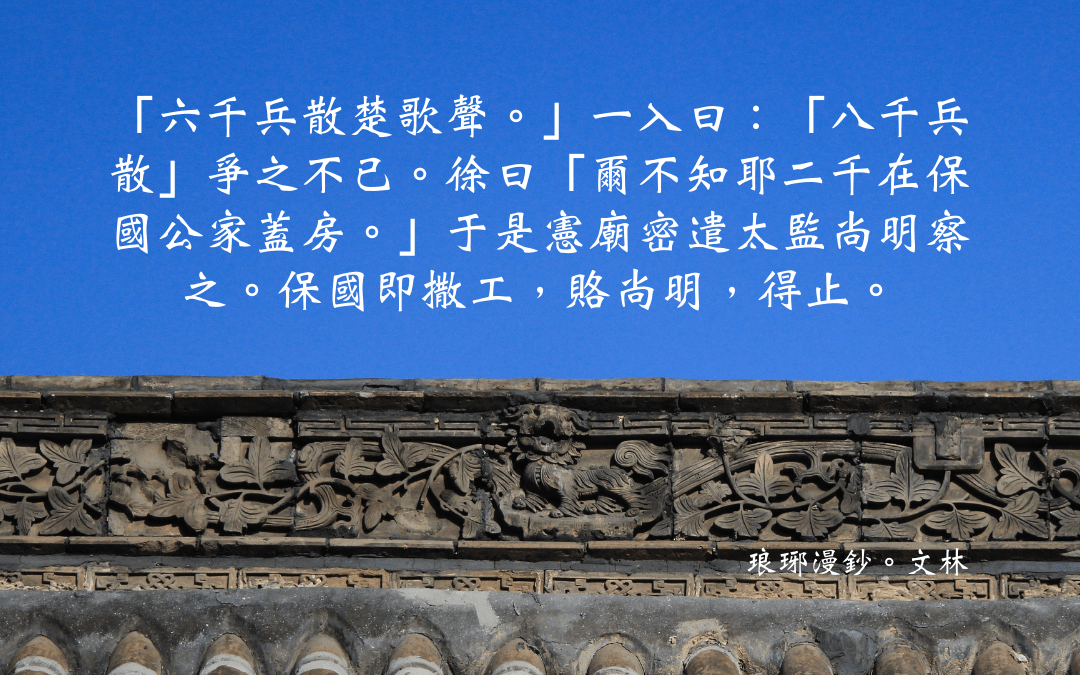 `Six thousand soldiers scattered by the songs of Chu.’  Another jester said, `But it was eight thousand who were scattered’, and they had an endless argument about it.  Then Brother Clown said slowly, `Didn’t you know?  Two thousand were at Duke Baoguo’s house building a roof’.  Thereupon the Emperor secretly sent the eunuch Shang Ming to investigate.  Baoguo quickly dispersed the workers and bribed the eunuch, so the matter was dropped.