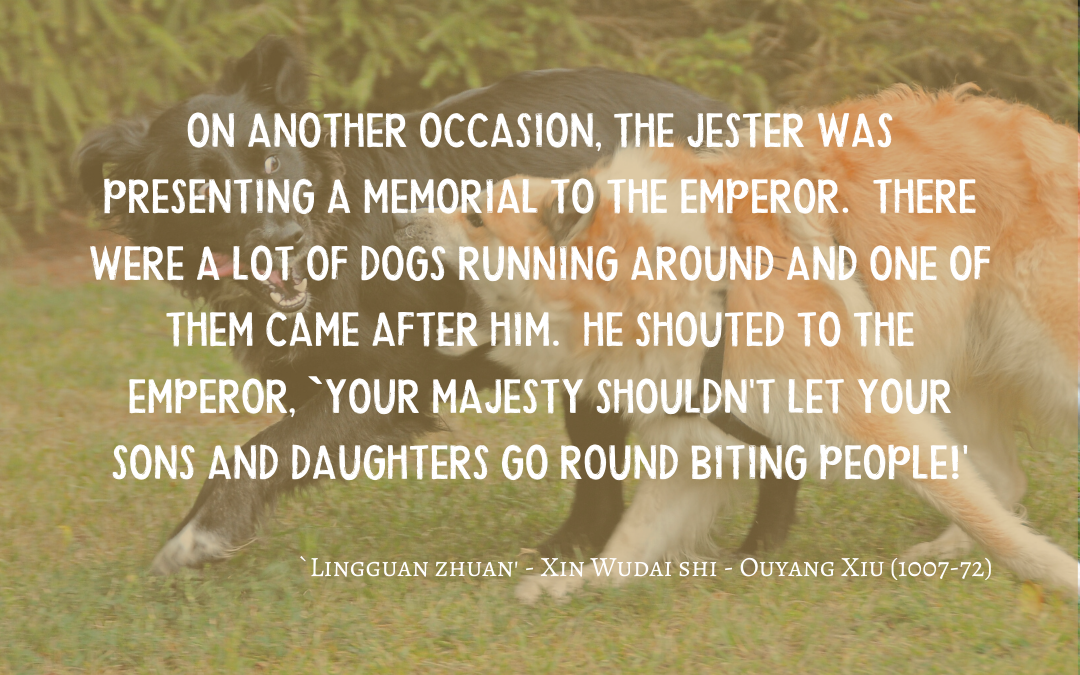 Generally speaking, jesters enjoyed a widely recognised licence which included the latitude to be irreverent.  However, they were dealing with very powerful individuals and sometimes their barbs or mockery would hit home too hard and they would find themselves banished from court, or threatened with the death sentence.

In this example, the Chinese jester Jing Xinmo (鏡新磨 Newly Polished Mirror) cracks a joke that borders on lèse majesté, implying the emperor was from a family of dogs, and in so doing, violating a taboo around a dog-related character used in Tang Zhuangzong’s family name, which was therefore forbidden.

On another occasion, the jester was presenting a memorial to the emperor.  There were a lot of dogs running around and one of them came after him.  He shouted to the emperor, `Your Majesty shouldn’t let your sons and daughters go round biting people!’

Apart from calling the dogs children of the emperor, the jester also broke an imperial taboo – the word `dog’ featured in the character of Zhuangzong’s family name, Di, and was therefore forbidden.  The emperor did not see the funny side and was about to fire an arrow at the jester until he used another pun to deflect it. 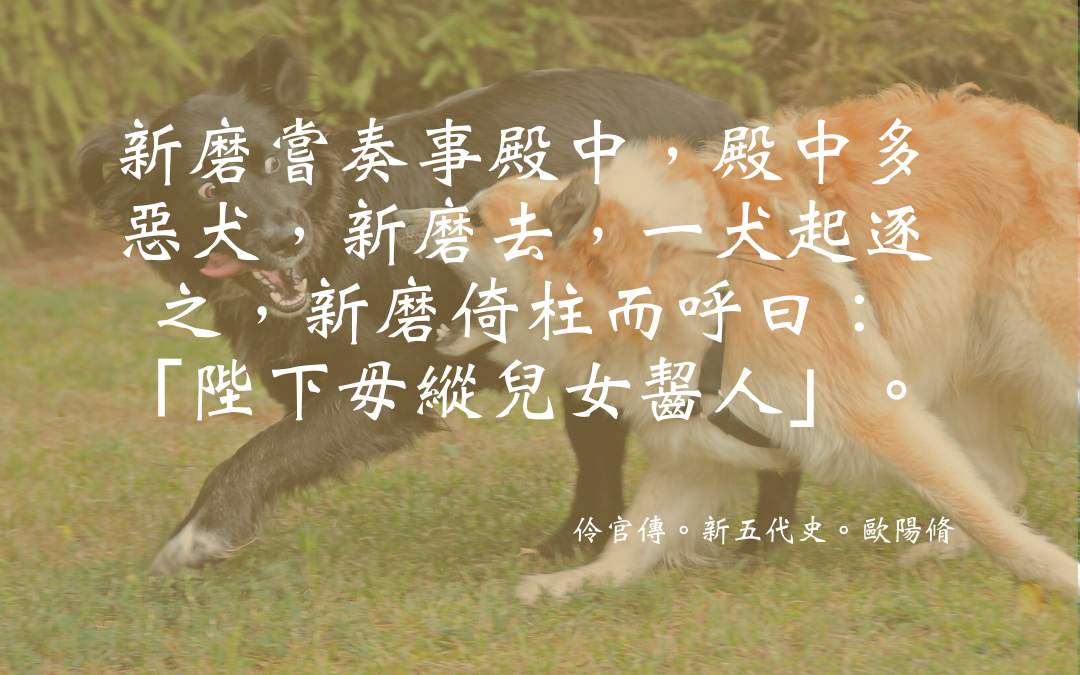