Do you know everything? 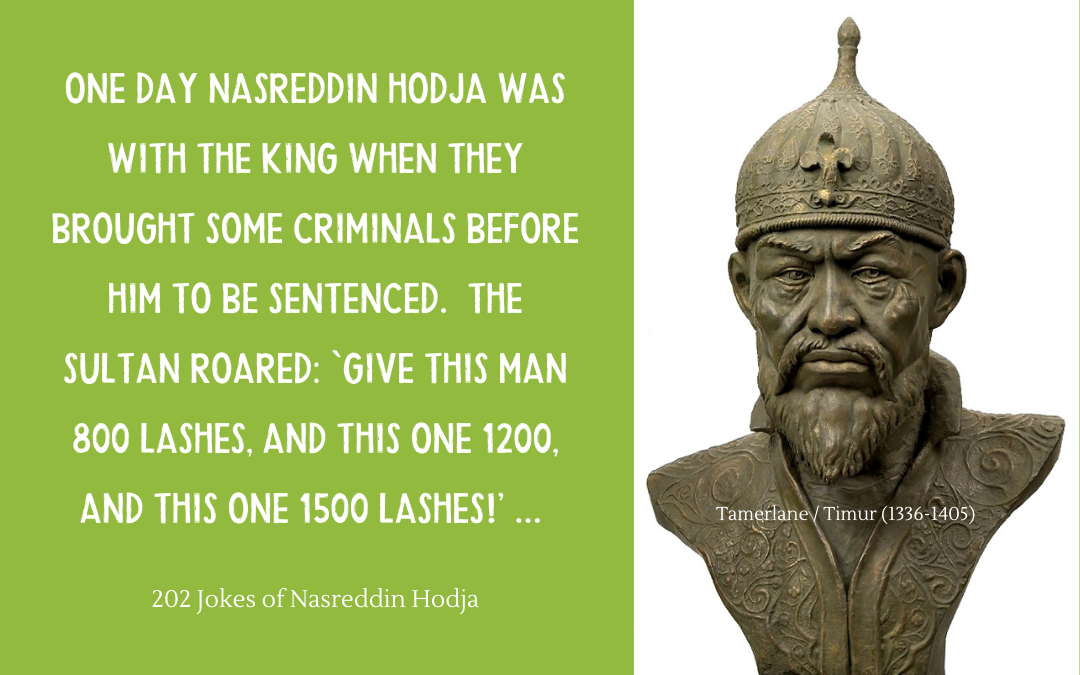 Another example of a jester interceding to mitigate cruelty or suffering. Here the legendary Nasrudin corners the great Tamerlane (1336-1405) to have him ease up on the brutality of his punishments. When the king was getting carried away doling out thrashings, Nasrudin talked him out of it by an initially distracting question, a good way to grab his attention and help him think differently.

Note also the brazen courage of the fool – to dare to rein in a king who is manifestly capable of boundless brutality is part of the jester’s expected role.

‘One day Nasreddin Hodja was with the King when they brought some criminals before him to be sentenced.  The Sultan roared: `Give this man 800 lashes, and this one 1200, and this one 1500 lashes!’  Nasreddin Hodja interrupted the King by asking: `O King, do you know everything?’  `Of course I do!’ he snapped back.  `Then how could you inflict such a punishment?  Either you don’t know the meaning of the number 1500 or you don’t know the sting of a whip!’’

See also a Chinese example of a jester’s intercession. 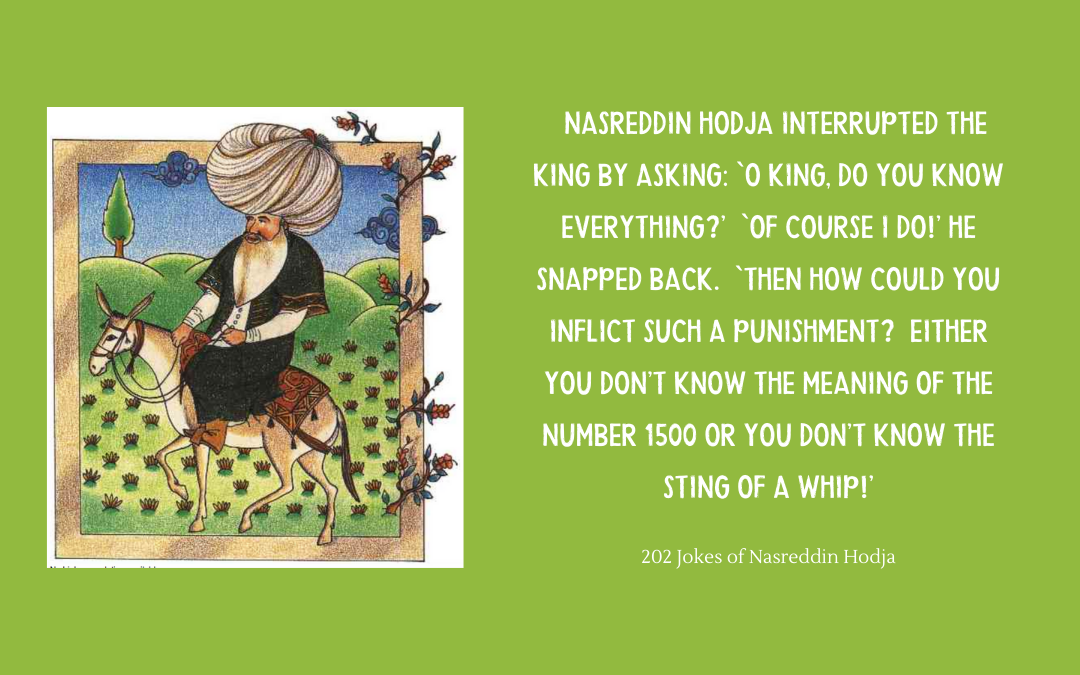