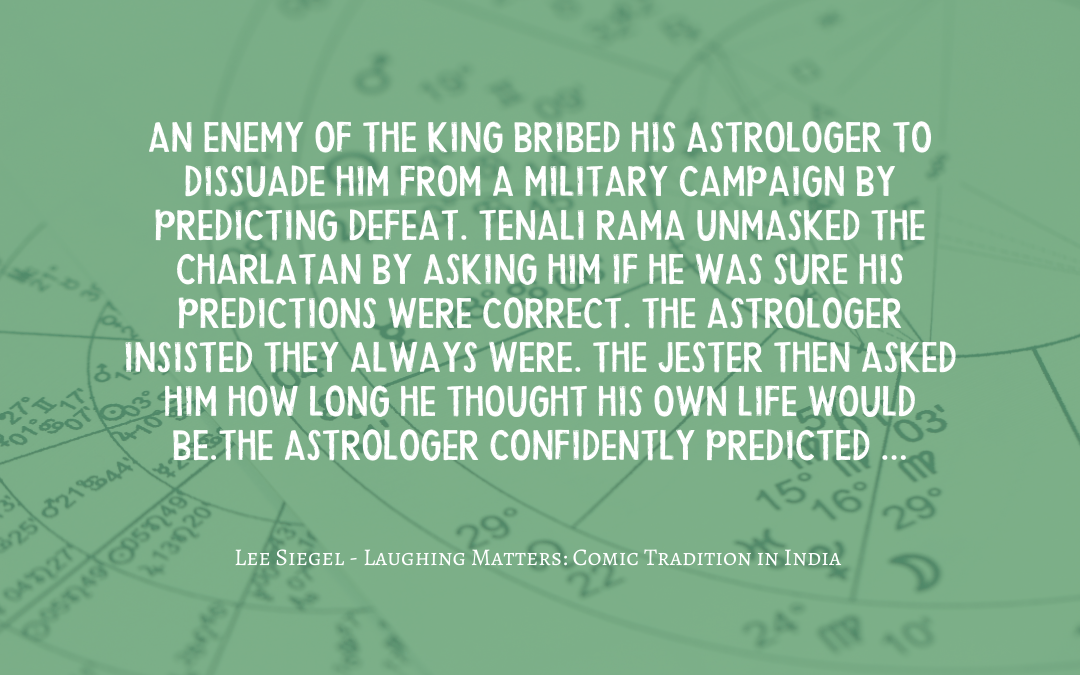 Tenali Rama is one of the great legendary jesters of India, and stories about his exposing corruption, lies and nonsense abound.  He even exposed the king himself in one account.

An enemy of the king bribed his astrologer to dissuade him from a military campaign by predicting defeat.  Tenali Rama unmasked the charlatan by asking him if he was sure his predictions were correct.  The astrologer insisted they always were.  The jester then asked him how long he thought his own life would be.  The astrologer confidently predicted another thirty years, saying he would die at seventy-four.  At this a general, at Rama’s behest, took a sword and decapitated him, proving the fallibility of his forecasts.

He exposes a charlatan but note the tricksterish unconcern for human life.