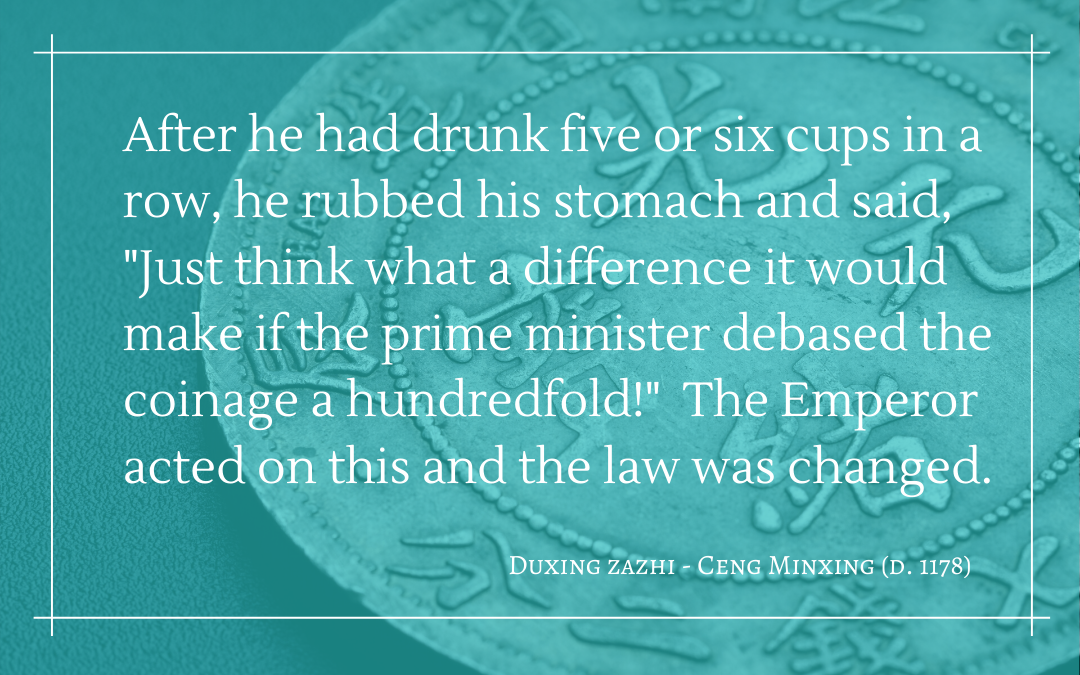 A frequent feature of Chinese jesterdom was the pre-prepared skit, which could be said to have been precursors, or at least contributors, to the development of drama in China.

Jesters would work out a storyline in order to get a point across to the emperor, echoing some court entertainments put on before Elizabeth I to draw her attention to an issue or to indirectly petition her.  She knew what was going on and could choose to respond or not. 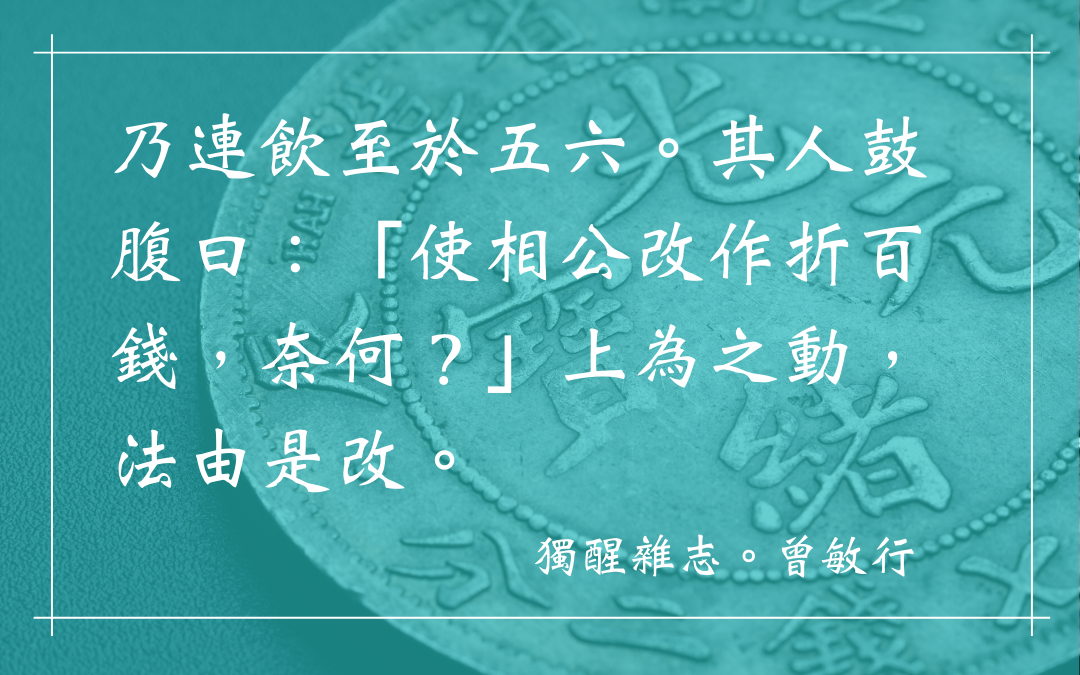 Similarly, in China these skits could bring about a change of heart or policy, as in this example from the Chongqing reign period (1102-06) of the Emperor Song Huizong 宋徽宗 (r. 1100-26).

The jesters put on the skit to expose the inconvenience of a new high value coin minted in 1103.  Cai Yuanzhang proposed that it be devalued by ten percent, although among the people this was not considered sufficient.  At a palace banquet a jester played the part of a wine-seller, with someone giving him one of the new big coins, drinking a cup of wine, and then asking for the change.  The jester-vendor said he had just come out and did not yet have enough small change (referring to the coins which were in the process of being called in), although the customer was welcome to keep drinking wine in order to have his money’s worth.

The ‘customer’ then drank five or six cups in a row before rubbing his stomach and saying, ‘Just think what a difference it would make if the prime minister debased the coinage a hundredfold!’  The Emperor acted on this and the law was changed.