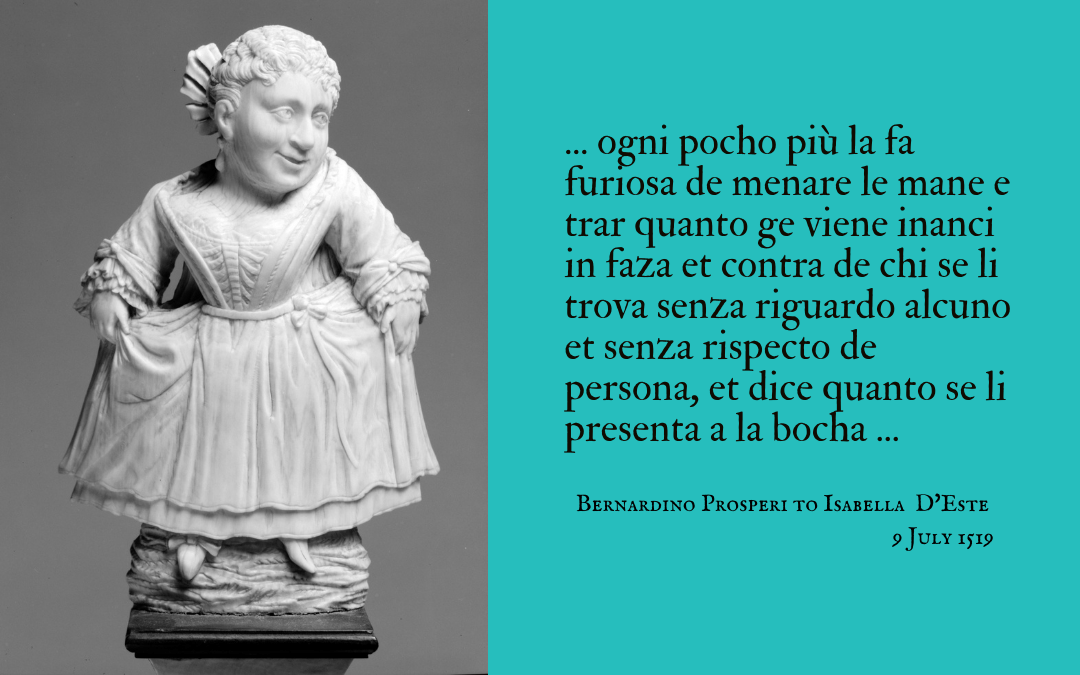 Many court fools were considered ‘naturals’, having some form of mental disability or neurodiversity.  This letter gives examples of the behaviour of a female dwarf known as Caterina Matta (Crazy Catherine) who served Isabella d’Este (1474-1539), following the death of her previous mistress, Lucrezia Borgia, in 1519.

A letter from Bernardino Prosperi to Isabella (9 July 1519) gives warning of some of her quirks, mentioning that she could attack people when she’d had a bit more wine, and say whatever came to mind without any respect for those around:

He also mentions that she didn’t hesitate to lift her skirts and urinate if asked.  Perhaps less surprising than her lack of inhibition is the fact that it was (presumably) considered entertaining to make such a request.

This also echoes the scatological tale of the folk fool Till Eulenspiegel.

Finally, Prosperi mentions a tendency to steal things.  Despite these idiosyncrasies, she seems to have stayed with Isabella and there is a reference to ‘La Matta’, which may be Caterina, by Paolo Arduino (17 April 1525), in which he says that:

The Crazy is still at Quistello and is very well (‘La Matta è anchor a Quistello et sta benissimo’).