Coming to the rescue 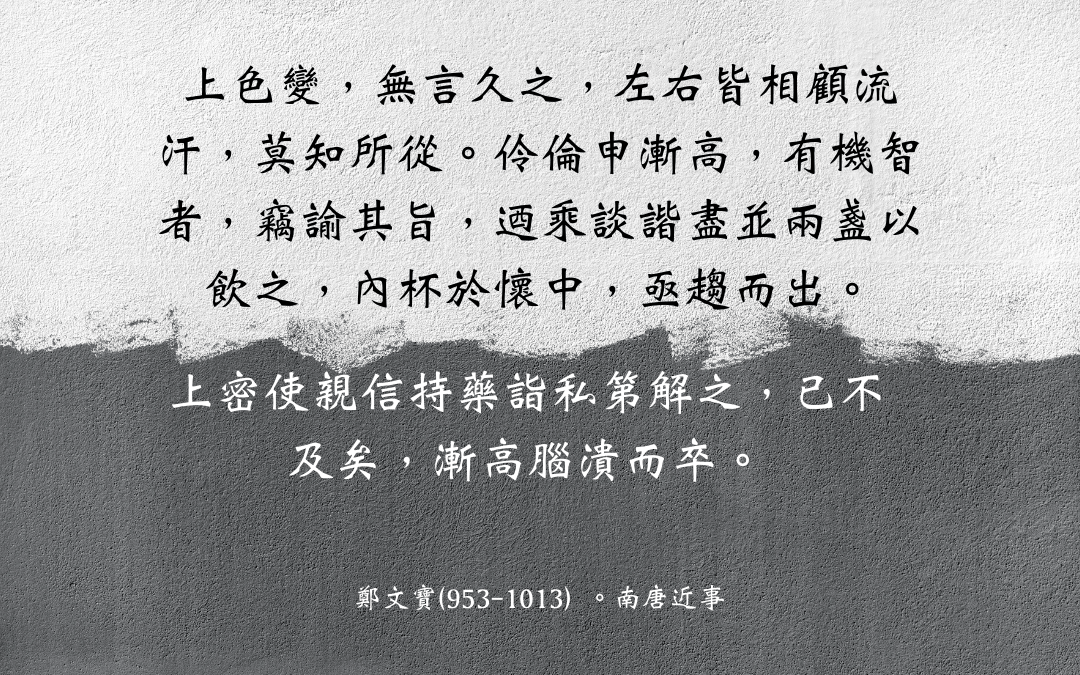 Jesters could use their freedom in the court to intervene on behalf of others. In most cases this would mean interceding with the king to protect someone more vulnerable or hard done by, and to reverse an injustice.

This is a rare case of the jester stepping in to save the emperor himself. In an attempted assassination of an overweening minister, the tables were turned, and the Emperor faced having to drink his own poison.

The jester Shen Jiangao 申漸高 (Gradually Stretching Taller) rescued Southern Tang Emperor Liezu 南唐烈祖 (r. 937-42) from a brush with death.  Unable to control the increasingly powerful Zhou Ben, Liezu invited him to a banquet and presented him with a goblet of poisoned wine.  Ben suspected this and, pretending to be drunk, took the goblet intended for the emperor and poured half the poisoned wine into it, then knelt down and offered it, wishing him long life and suggesting that  if he did not drink the same wine it would show there was no unity of heart and virtue between monarch and minister, and he could therefore not think of acceding to the emperor’s command.

This put Liezu in a `Catch 22′ situation:

The emperor’s face drained, a long silence ensued and he still did not speak. The courtiers did not know what to do and looked at each other, sweat pouring off them.  The resourceful jester realized what was going on, and on the pretext of turning the whole thing into a joke, seized both cups and drank them, then whizzed out of the room.  The emperor secretly sent a trusted courtier to him at his private residence, taking the finest medicines as an antidote, but to no avail – the jester’s brain burst and he died of a haemorrhage.