Busy with his jester 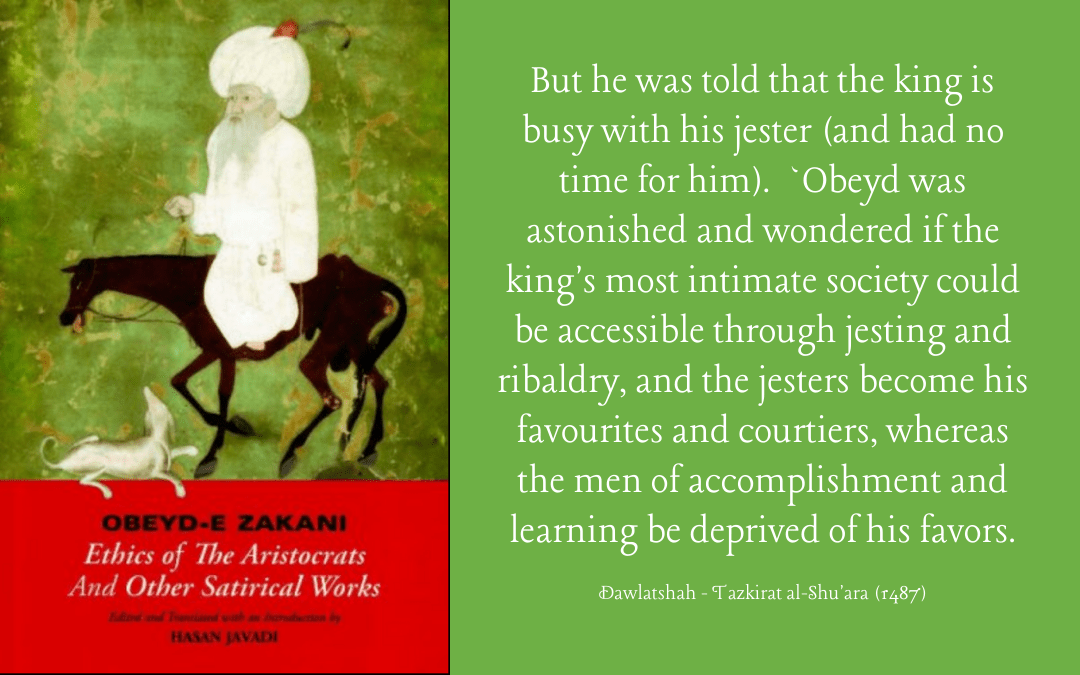 The 14th century Persian poet ‘Obeyd Zakani complained of the favouritism the king showed his jester.  In his Biographies of the Poets (Tazkirat al-Shu`ara) (1487) Dawlatshah describes `Obeyd’s annoyance:

It has been related that he had composed a treatise on Rhetoric in the name of Shah Abu Ishaq that he desired to present to the king.  But he was told that the king is busy with his jester (and had no time for him).  `Obeyd was astonished and wondered if the king’s most intimate society could be accessible through jesting and ribaldry, and the jesters become his favourites and courtiers, whereas the men of accomplishment and learning be deprived of his favors.

He was not the only poet to feel disgruntled at the ruler’s preference for fools.  A little over a century later, the Italian poet Ariosto (1474-1533) lamented that fools were displacing the virtuous at the tables of the powerful.