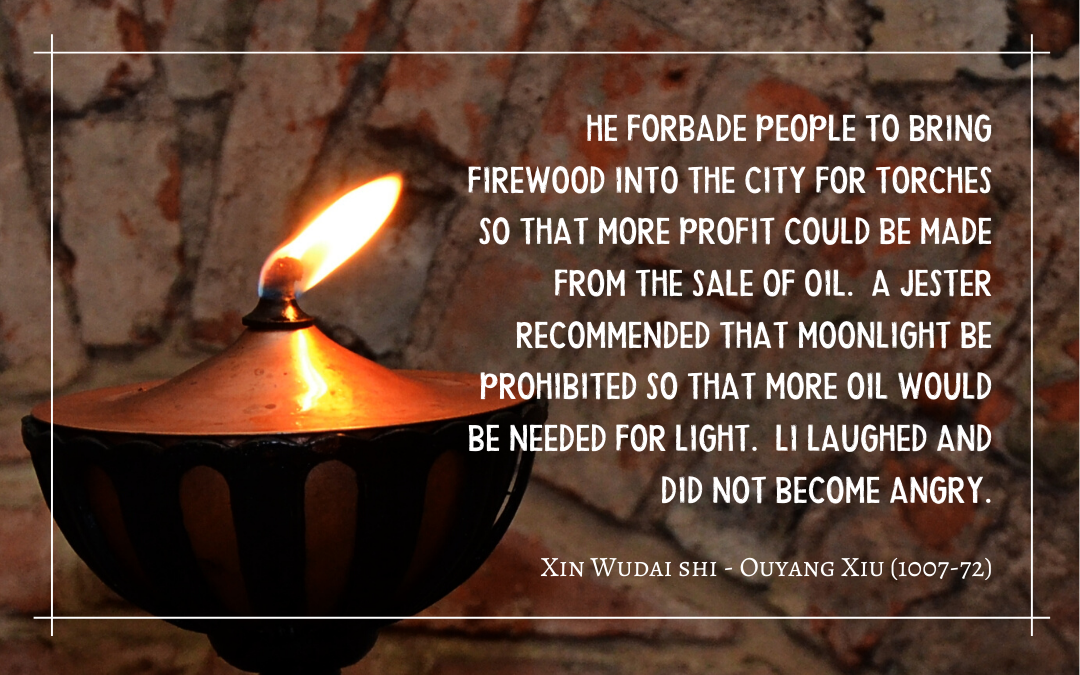 Following the accession of Emperor Taizu of the Later Liang 後梁太祖 (r. 907-912), a jester used an indirect way to criticize an unfair tax using the reductio ad absurdum technique; this involves taking a policy or idea to a logical extreme to demonstate its absurdity, a clever means to avoid the head-on collision with power that direct criticism could cause. 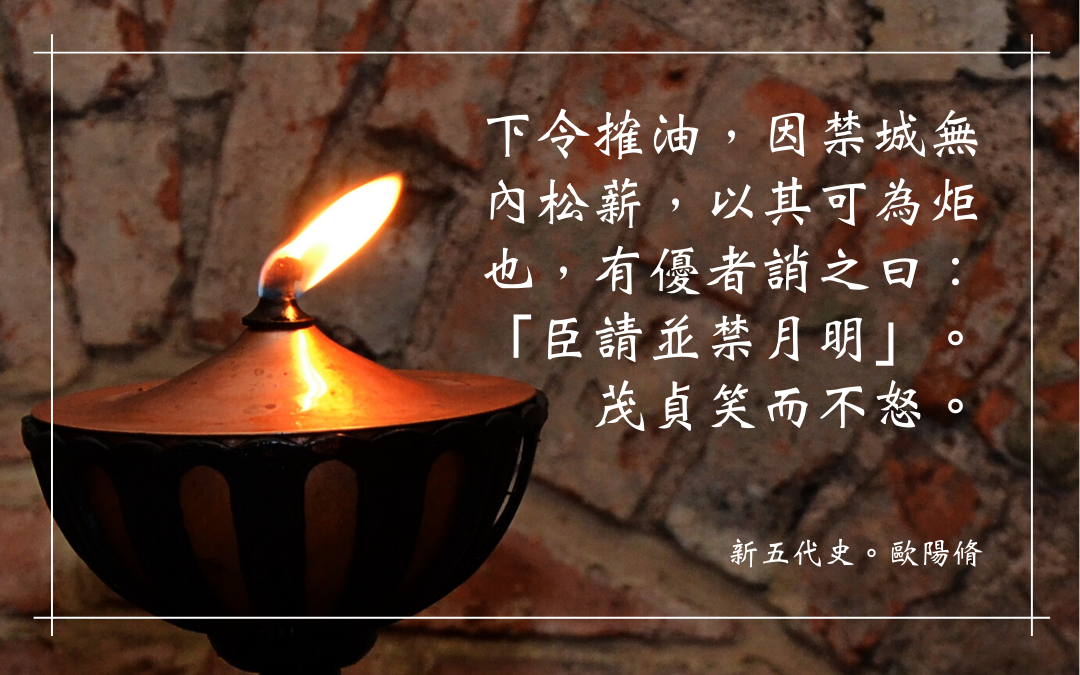 In this case, the joke raised a laugh but doesn’t appear to have reversed the policy, unlike other cases we’ll be sharing.

When Li Maozhen 李茂貞 (856-924) occupied Qi, he was tolerant and generous and people were tranquil under his rule, but it was a poor area that did not yield much tax revenue and so he established an oil monopoly to raise money.  He forbade people to bring firewood into the city for torches so that more profit could be made from the sale of oil.  A jester recommended that moonlight be prohibited so that more oil would be needed for light. Li laughed and did not become angry.