Asked in a loud voice 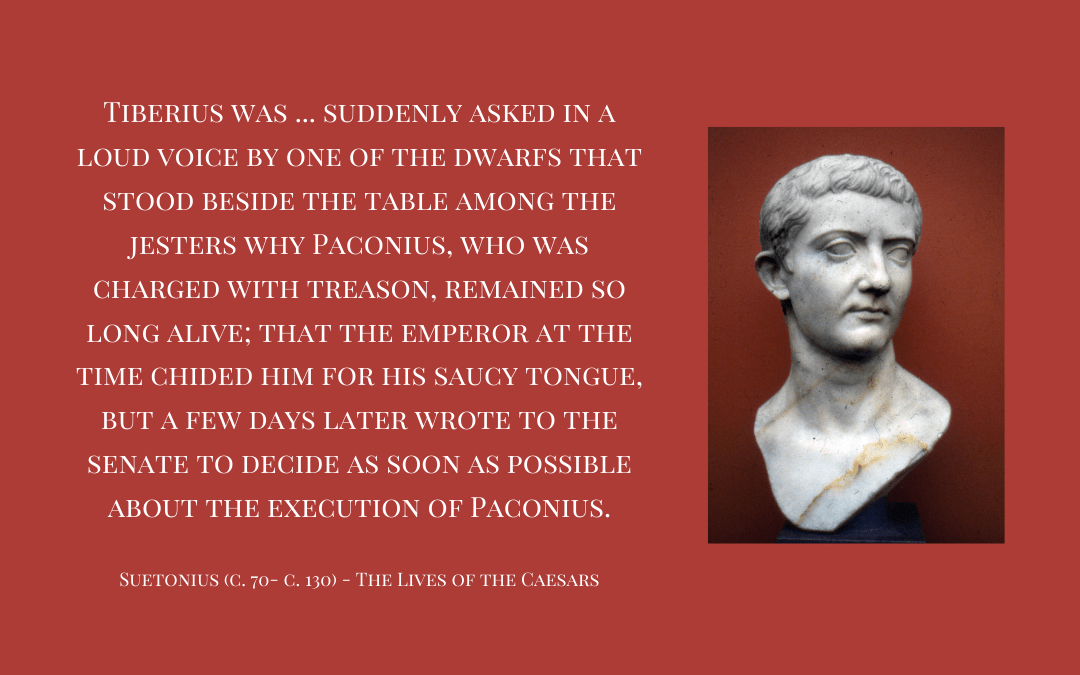 An interesting intervention by a dwarf, standing ‘among the jesters’ of the Roman emperor Tiberius (r. 14-37), and challenging him to carry out an execution of someone charged with treason.   Curious to see that while Tiberius ‘chided him for his saucy tongue’, he nevertheless acted on the prompt.  Also curious that the dwarf got away with his sauciness, as Tiberius was hardly gentle. 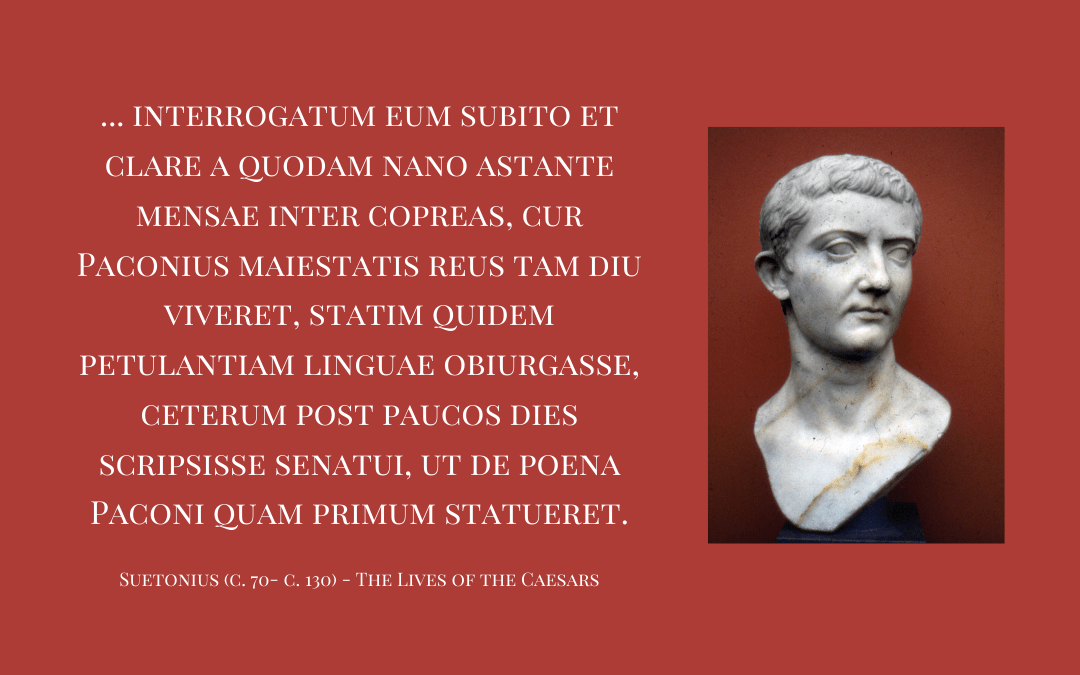 This is the only instance I can recall of a jester or dwarf acting to ensure an execution goes ahead – more commonly their interventions are in the direction of clemency.

Tiberius was: … suddenly asked in a loud voice by one of the dwarfs that stood beside the table among the jesters why Paconius, who was charged with treason, remained so long alive; that the emperor at the time chided him for his saucy tongue, but a few days later wrote to the senate to decide as soon as possible about the execution of Paconius.