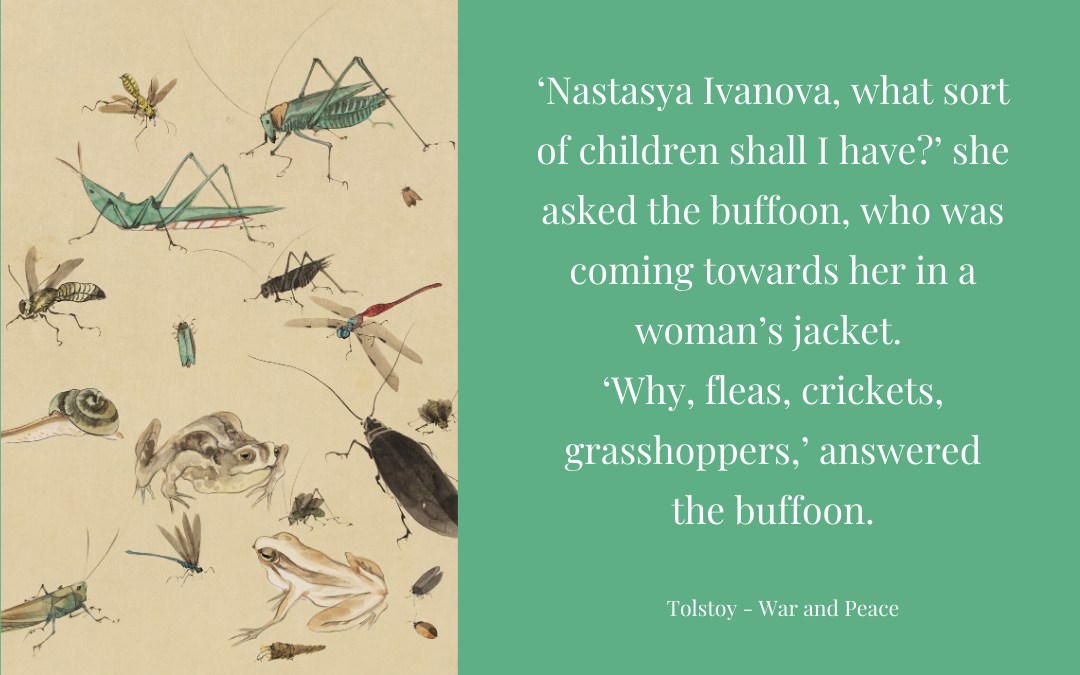 I liked this example of a fool in a Russian household, as described by Tolstoy in War and Peace. I also like the buffoon’s nonsense response to a question that is in some ways unanswerable.  See another reference to a female fool in the same novel.

‘Nastasya Ivanova, what sort of children shall I have?’ she asked the buffoon, who was coming towards her in a woman’s jacket.  ‘Why, fleas, crickets, grasshoppers,’ answered the buffoon.

And you may enjoy a reference to a historical Russian fool in Gorky’s childhood memoir.

GAP MAP: There is a great deal more to be discovered regarding fools and jesters in Russian courts and households, as well as the equally large theme of Russian holy fools. There is much more literature on the latter, and so far the references I have found to the former have been limited. I look forward to the day a Russian historian will uncover more.

In the meantime, feel free to contact me if you would like to buy Fools Are Everywhere in Russian – a Russian publisher made it possible.