And along came the jester 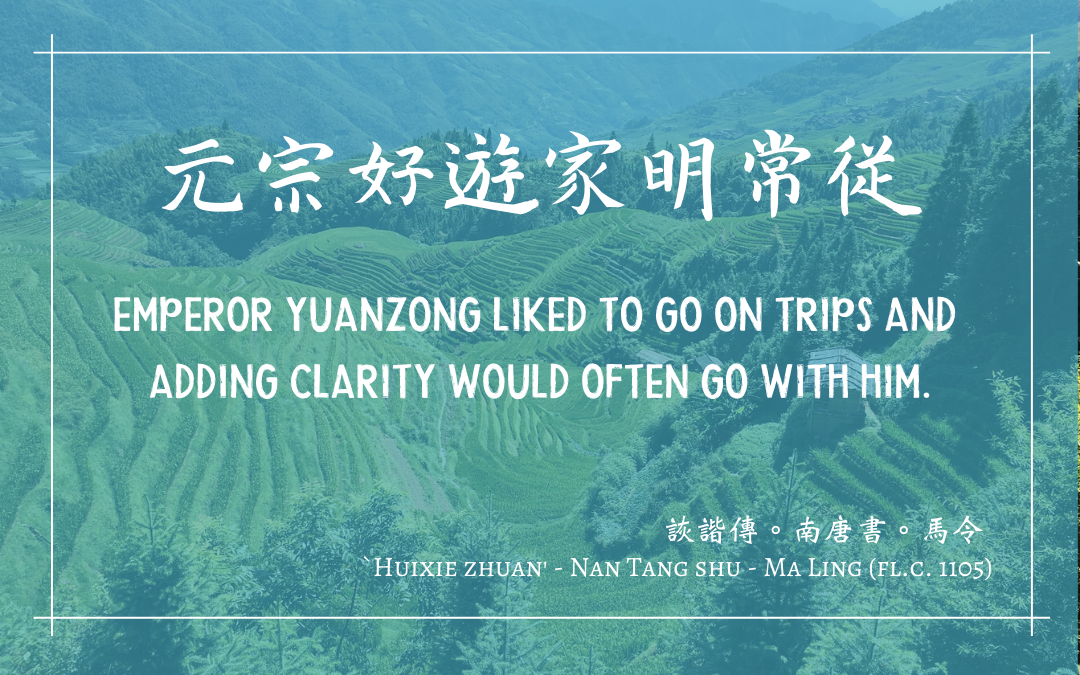 Court jesters and dwarfs would sometimes accompany the nobles they served on their travels; among other examples, we know some of the Spanish court dwarfs travelled to Portugal with members of the royal family.  In China too, the jester might go with the emperor on his travels, such as Li Jiaming (李家明 Adding Clarity Li) accompanying Emperor Yuanzong of the Southern Tang (r. 943-61):

`Emperor Yuanzong liked to go on trips and Adding Clarity would often go with him’.

See also the account of Adding Clarity using an impromptu verse to shame the emperor, using a ruse to get him to pay for his mother’s funeral, and elsewhere mocking an official who had tried to usurp the throne.