All the secrets of the world 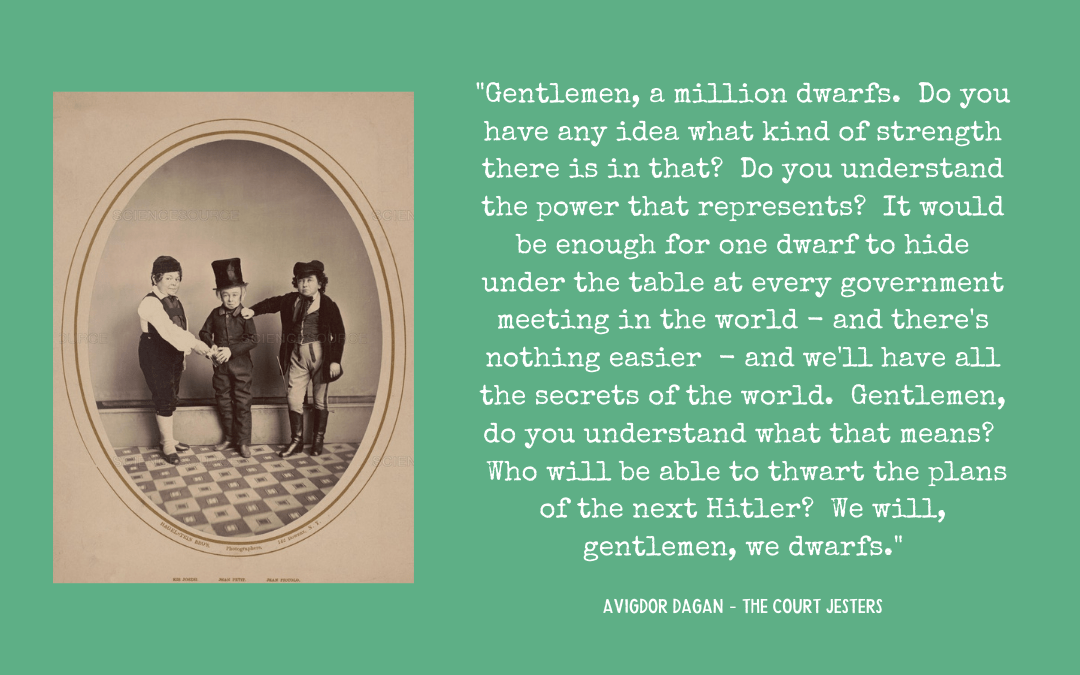 From a late 20th century novel set in a concentration camp, the story highlights the fearlessness (or recklessness) of court fool types, including in this case, dwarfs.  Here a character alludes to the ease with which a dwarf might hide under a table and, in knowing what was being discussed, could join forces with his peers and ‘thwart the plans of the next Hitler’.

“Gentlemen, a million dwarfs.  Do you have any idea what kind of strength there is in that?  Do you understand the power that represents?  It would be enough for one dwarf to hide under the table at every government meeting in the world – and there’s nothing easier  – and we’ll have all the secrets of the world.  Gentlemen, do you understand what that means?  Who will be able to thwart the plans of the next Hitler?  We will, gentlemen, we dwarfs.”

While dwarfs and jesters were able to change behaviour among some despotic or autocratic rulers, this tended to be at a micro level: reversing a particular policy, getting the ruler to attend to their duties, persuading them to show reason or clemency in a specific case.   It is therefore interesting to see, in a context of extreme powerlessness (a concentration camp), a perception of being able to influence systemic evils by joining forces.

This is not the only example of Holocaust literature featuring fool types; there are also several plays written after the war.  See, for example, Throne of Straw (1972) or Resort ’76 (c. 1964).